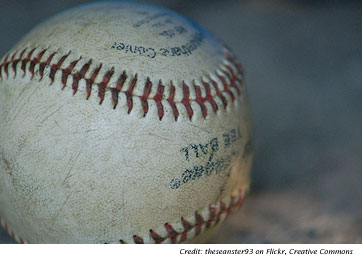 (WOMENSENEWS)–Eri Yoshida, a pitcher known for her sidearm knuckleball, has an offer to play professional baseball in the United States for the independent Golden Baseball League’s Chico Outlaws.

Kevin Outcalt, commissioner for the Golden Baseball League, told Women’s eNews if all goes well they expect Yoshida will sign with the Chico Outlaws and that they’re planning a public signing ceremony some time in April. The Golden Baseball League’s season opens May 19 and runs through Sept. 6, followed by the division playoffs.

If Yoshida, age 18, does join the team, she’ll be the first woman to play in the Golden Baseball League, following Ila Borders of La Mirada, Calif., who pitched for the St. Paul Saints in the Northern League in 1997. She’ll also be the first Japanese woman to play professional baseball in the United States and the third to play in any of the seven male-dominated independent leagues in North America.

Today’s professional independent leagues were founded as unaffiliated alternatives to Major League Baseball and Minor League Baseball. The Golden Baseball League was founded in 1994 by Silicon Valley magnates, among them Kevin Outcalt.

There are no rules barring women from playing professional baseball with–or against–men in the independent leagues. A ban on women in the Major and Minor Leagues has been in effect since June 1952, initiated by then-Commissioner Ford Frick. The ban was briefly overlooked in 1993 when Carey Schueler was drafted to play for the Chicago White Sox by her father, then-General Manager Ron Schueler. She never signed with the team.

So far, Yoshida’s been mum about the Outlaws’ offer and Outcalt said her agents in Japan are making it hard for the press to reach her.

After wrapping up the Arizona Winter League season pitching for the Yuma Scorpions, Yoshida was spotted in early March when she traveled to Fort Myers, Fla., to meet–and throw knuckleballs with–Boston Red Sox pitcher Tim Wakefield, there for spring training. Yoshida has described Wakefield as her idol in many press interviews and has said she taught herself how to pitch a knuckleball by watching video footage of Wakefield in action.

Since appearing with Wakefield, Yoshida has gone back to Japan to visit friends and family and to mull over the Chico Outlaws’ offer, according to various press reports.

When the 5-foot, 1-inch teenager was drafted by the Yuma Scorpions last winter, many sports writers and commentators wondered if this wasn’t just a move by Yuma to grab media attention and increase ticket sales for the Arizona Winter League, a professional independent instructional league where only one other woman has ever played. Tiffany Brooks of Spokane, Wash., played for Yuma and has signed a contract with the Big Bend Cowboys of Alpine, Texas, a franchise of Continental Baseball, one of the seven independent leagues.

"The media always says it’s all about publicity whenever a woman is successful in baseball," Jennifer Ring, author of "Stolen Bases, Why American Girls Don’t Play Baseball," said in a recent interview. "Besides just being a woman, Yoshida is very small and she doesn’t pitch a fastball. So people question her prospects based on her strength and size. But baseball has always had a place for smaller men who can throw opponents off their game."

A First in Japan

Before pitching for Yuma this past winter, Yoshida was a relief pitcher for the Kobe 9 Cruise of Japan’s newly formed Kansai Independent League. Then only 16, she was the first woman to play professional baseball in Japan. At the time, Japan’s press called the move a publicity stunt by the fledgling Kansai League.

In press reports during the Arizona Winter League, Yoshida said she was disappointed with her performance in a few games pitching for the Yuma Scorpions.

Nonetheless, Outcalt told Women’s eNews that "her performance was impressive enough for the Outlaws to take notice."

Outcalt said he’s excited about Yoshida’s future in the sport. " Man or woman, Eri Yoshida is a great baseball player," he said.

If Yoshida joins the Chico Outlaws she’ll have a notable forerunner in Jackie Mitchell, from Fall River, Mass., who pitched for the Minor League’s Chattanooga Lookouts of Tennessee.

Mitchell gained fame at age 17 when she struck out both Babe Ruth and Lou Gehrig in an exhibition game against the New York Yankees on April 2, 1931. Shortly thereafter, her contract with the Lookouts was canceled.

Despite striking out, Babe Ruth said women didn’t have much of a future in the sport because of their size. He also said they were too delicate for the rigors of professional baseball.

"Of course with that long-held attitude women haven’t had a chance," said author Ring. "In the U.S. they’re not given any support or encouragement to play professional baseball. Most young girls who show talent for the sport are actually pushed to abandon baseball by age 11 or 12 for careers in softball."

Ring added that women in Japan get more encouragement.

"I’m not surprised that this pitcher is from Japan because they don’t have the same social and cultural hang-ups we have in America," she said. "It’s ironic that America’s national sport–its national pastime–excludes half the nation’s population."

Regina Varolli is a freelance writer and editor based in Manhattan and the owner of Words by Regina Varolli. She blogs about food at Culinary Sagacity. 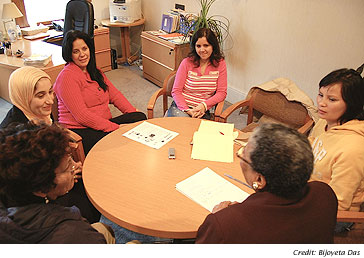 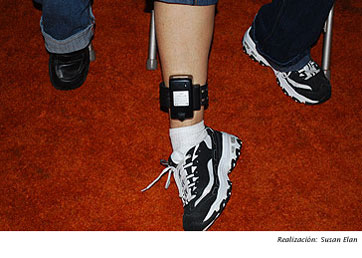