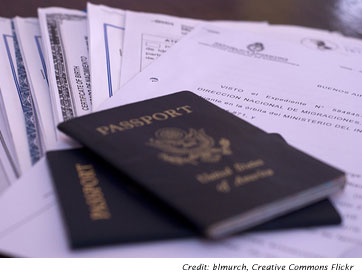 Visas Out of Hell: Women Need to Know They Exist

Graciela Beines endured two years of abuse by her ex-boyfriend out of fear of deportation. Now she wants others to know about the U visa, which permits immigrant victims of crimes to escape the violence and stay in the U.S.

NEW YORK (WOMENSENEWS)–Graciela Beines received a letter not long ago, which her lawyer says indicates she’ll soon have her permanent residency status.

"I cried for happiness; I’ve suffered so much," said Beines, who left her native Argentina 10 years ago and arrived in New York undocumented, unmarried, without children and barely speaking English.

Shortly after her arrival, Beines, 50, became the subject of brutal domestic violence that lasted for two years.

Many undocumented women who suffer similarly don’t know they have options and fail to report domestic violence because of fear of deportation, said Evelyn García of the Violence Intervention Program, a New York City-based Latina organization that promotes nonviolent partner relationships and offers services for victims of domestic violence.

Beines lived in one of the group’s shelters for nine months.

"He always hit me and then said, ‘If you call the police I’ll report you to immigration,’" Beines said in Spanish.

Tracy Bing, a lawyer who works with domestic violence cases at Manhattan Legal Services, says that’s a common problem. "A lot of times they’ll be afraid to get help because they fear if I go to the police, they’re going to tell immigration. That’s a big deal," she said.

Beines talks about her relationship with bitter wit these days. "In New York I met a man who gave me the sky, the stars and the moon. And the stars, yes I saw them, but because of the blows he gave me."

She was wearing a white wool sweater, jeans and had her hair in a ponytail on a recent evening.

There was no makeup on her pale skin, no eyeliner around her blue eyes. That’s her usual look in recent years, she said. But it wasn’t what Beines used to wear before she experienced domestic violence.

"The violence is not only the blow, the violence is also, ‘Don’t wear that, who are you talking with?’ ‘You should be able to buy all the groceries for this week with $20.’ ‘I don’t want you to leave the house alone,’" Beines said. She still doesn’t wear makeup regularly because, she says, she’s too scared to look her best and start attracting men again.

Forgiveness Out of Fear

Beines stayed in hospitals three times and reported her boyfriend to the police on several occasions during the two years they were together. But she always forgave him because of fear, she said.

She also quit two jobs as a telemarketer because she was ashamed of the way her blackened, battered face looked. That created financial dependency on her abuser.

Beines ran away from what she calls hell after an especially horrific night on Feb. 28, 2002, when she feared for her life.

"That day I said, ‘Stop.’ The fight started, the blows came, he threw me to the bed, put a pillow over my face and wanted to put an electric drill on my face to kill me," Beines said calmly.

Their apartment had no curtains, so a neighbor saw what was happening and called the police.

She managed to get away from him and started running down the stairs. Within seconds the police were there, Beines recalled, and they arrested him.

Both of them spent that night in jail. Beines sat with police in the office area to complete a police report, while her assailant was put in a cell with other incarcerated men.

"I remember that night I went to the bathroom at some point and went by the guardroom where he was," Beines said. He called her by the pet name he used for her. "He screamed at me, ‘Muqui, muqui, I know you’re going to forgive me like you always do.’" Muqui is an abbreviation of the word doll in Spanish.

The next day she went back to the apartment and cleaned the mess.

The same policewoman who had arrested her boyfriend came back the next morning and took her to the court in the Bronx.

Advocates there put her in touch with lawyers and social workers.

She lived in the apartment for 12 days and then moved to a shelter in Manhattan operated by the Violence Intervention Program.

There she met Tania Rodriguez, a lawyer who would be by her side during the following months, making life seem bright again, she said.

In that shelter she learned about the U visa, a special permit for immigrant victims of crimes given to 10,000 people annually and valid for four years. Although Congress passed U visa legislation in 2000, the regulations were stalled in the U.S. Justice Department until 2007.

"She got the deferred action, as the regulations of the visa were not approved until October 2007," said Marisol Arriaga, a lawyer who specializes in domestic violence cases of undocumented immigrants. Deferred action allowed some immigrants to get an interim visa while the regulations were awaiting approval.

"After three years with a U visa, they can apply for a permanent residence," Arriaga said. "It’s one of the few non-immigrant visas allowing this."

The criteria for this visa, Arriaga said, are diverse. But one key element is that a victim must cooperate with law enforcement in the related criminal investigation.

The lawyer said this visa is an essential benefit for undocumented immigrants. Unless they have children who are citizens, the undocumented don’t qualify for other benefits in criminal incidents.

"If I had known of the U visa, that I was gonna have all the support from the shelter that I had, I wouldn’t have put up with the abuse for two years. I resisted for two years because of ignorance," Beines said.

As soon as her physical wounds healed, she started working again to provide for herself.

And she did so legally. In early 2003 she had a one-year renewable work permit, which is part of the benefits provided by a U visa.

"Most of our clients don’t know that this benefit actually exists," said Terry Lawson, a lawyer in the family unit of Legal Services NYC-Bronx.

With the visa or without it, immigration status doesn’t matter when it comes to reporting domestic violence to the police, said Violeta Garcia of the New York-based Steps to End Domestic Violence. "They will never ask for immigration papers."

"I had a lot of fear. But I would like other women to know that this city helps," Beines said.

These days Beines keeps pictures of her abuser in a brown box, together with pictures of Argentina and her family. It doesn’t disturb her, she said.

She talks about her abuser as though he was nothing more than a slight acquaintance, someone with whom she happens to have lost touch. She uses the same tone of voice, the same Argentinean humor she uses to describe the details of her daily routines.

"One thing I like doing in the morning is to look at myself in the mirror. ‘Hi, beautiful, how are you,’" she mimicked with a smile.

Although the abuse has left her with anxiety and fears–her abuser was set free from jail only several months after the arrest–she remains positive.

Beines now shares a small two-bedroom apartment in the South Bronx with her two cats and works as a real estate agent in Manhattan.

"You have to overcome all of this, you have to survive," she said.

Almudena Toral, a La Caixa Foundation fellow, is a reporter and photographer from Spain. She holds degrees in journalism and international relations. 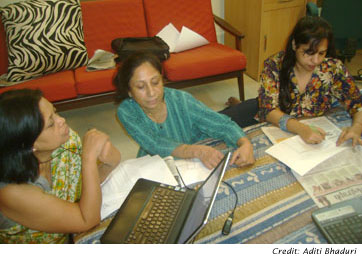 Buried in U.N. Stats: My Day as Media Monitor 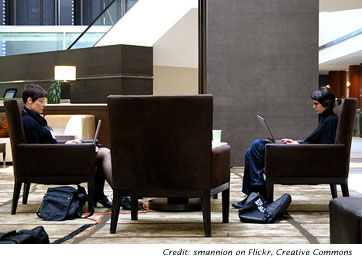