New Mexico Gov. Bill Richardson signed an executive order Jan. 5 directing agencies under his control to report annually and remedy any gender pay gaps among their workers, as well as establish a firm schedule and process for private contractors with the state to do the same, a press release from the governor’s office said.
The governor’s directives come from recommendations by his Task Force on Fair and Equal Pay, created last year to examine gender and racial pay equity and job segregation within state government. Martha Burk, the governor’s senior advisor on women’s issues and a Women’s eNews 21 Leader, chaired the task force, composed of members from the private and public sectors.
“Eliminating the pay gap that all too often prevails between men and women is a top priority of mine,” Richardson said in the press release. “Our actions can serve as a national model. This is an important economic justice and civil rights issue and common sense requires it.”
Beginning July 1, 2010, vendors and contractors of 10 or more employees will file a pay equity report with the state of New Mexico every year.

The New Jersey State Senate rejected a proposal on Jan. 7 that would have legalized same-sex marriage. In a blow to the same-sex marriage movement, which has suffered similar setbacks across the nation recently, state senators voted 20 to 14 to defeat the bill.
Supporters of the bill turned out by the hundreds more than six hours before the afternoon session to rally outside the statehouse in Trenton, N.J., The Star-Ledger reported. They had hoped to win approval for the measure before Jan. 19, when Gov. Jon Corzine, who promised to sign it, will be replaced by Gov.-elect Christopher Christie, who opposes it.
The vote ends the effort to win legislative approval of the measure, setting the stage for the fight to move to the New Jersey Supreme Court. After the vote, gay rights groups Garden State Equality and Lambda Legal announced they would take the issue back to the courts, where the right for civil unions in New Jersey was first won, The Star-Ledger reported.

In Memoriam:
Mary Daly, radical feminist theologian and a mother of modern feminist theology, died Jan. 3 at the age of 81. She was one of the most influential voices of the radical feminist movement through the later 20th century, according to the National Catholic Reporter.
Daly taught courses in theology, feminist ethics and patriarchy at Boston College for 33 years. Her first book, "The Church and the Second Sex," published in 1968, got her fired briefly from her teaching position there, but as a result of support from the (then all-male) student body and the general public she was ultimately granted tenure.
Daly once wrote: "There are and will be those who think I have gone overboard. Let them rest assured that this assessment is correct, probably beyond their wildest imagination, and that I will continue to do so."
She was an exuberant participant in and shaper of the feminist movement of the 1970s, and 1980s, according to National Catholic Reporter online. 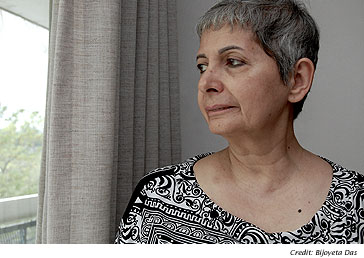 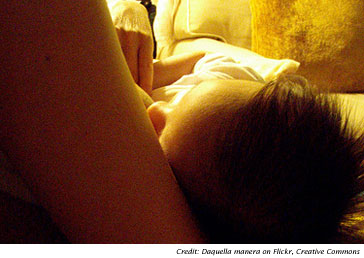 Breastfeeding at Work? Not Always Fun, But It Works