Marriage equality was a big story in 2009 for New England states and nearby New York. But while the year raised hopes for a rainbow-hued region, Maine’s November referendum repealed same-sex marriage and dealt a blow.

NEW HAVEN, Conn. (WOMENSENEWS)–For a while it looked like all of New England–with the exception of tiny Rhode Island–would turn rainbow-hued in 2009.

Meanwhile, in nearby New York, a marriage-equality bill was defeated Dec. 3 by an unexpectedly large margin in the state Senate, despite strong support from Gov. David Paterson. One of the opposition votes was from Sen. Hiram Monserrate, who was on trial for assaulting his girlfriend.

In New Jersey, marriage-equality advocates are pushing hard to get a bill through the legislature before Jan. 19 so it can be signed by outgoing Gov. Jon Corzine, a strong supporter of the measure. The incoming governor, Republican Christopher Christie, opposes same-sex marriage.

Maine Wound Up Voting to Repeal

Equality Maine, an advocacy group based in Portland, Maine, spearheaded a successful drive in the state legislature, and pro-equality advocates around New England and beyond cheered when Maine Gov. John Baldacci immediately signed the bill into law on May 6.

Maine, at that point, was the first state in which the legislature passed and the governor signed such a law, as opposed to winning through a decision by the state Supreme Court, as happened in Massachusetts in 2003 and Connecticut in 2008.

But a "people’s veto" in Maine on Nov. 3 sent the state’s efforts back to the drawing board.

The referendum, with 53 percent voting Yes to repeal the state’s marriage-equality law, came as a surprise, since supporters of the law had raised more money than opponents and polls showed a majority of Mainers supported the law.

But Betsy Smith, executive director of Equality Maine, said polling results on such a controversial issue can be misleading.

She said the active involvement of the Catholic Church was the biggest factor in the outcome. "We knew the way to win was to talk one-on-one with voters about the reality of our lives. That’s how you change hearts and minds. We based our campaign on having those conversations," Smith said.

She said the opposition had a much easier job–addressing parishioners every Sunday in churches across the state, where one of the charges leveled against the new law was that it would require schools to teach about same-sex marriage. Although advocates debunked the myth as often as they could, Smith said voters apparently were swayed.

"Their campaign was based purely on fear and it worked," said Smith, adding that the National Organization for Marriage, a conservative Christian group that was instrumental in winning the 2008 referendum in California repealing same-sex marriage, was also active in Maine.

Smith said supporters of marriage equality in Maine are still discussing next steps, which could include a legal challenge but is most likely to be another legislative go-round.

Vermont in 2000 became the first state in the nation to provide civil unions for same-sex couples. The legislature passed its marriage bill April 6, but it was vetoed immediately by Gov. Jim Douglas.

The next day, lawmakers overrode the veto by a cliffhanging one-vote margin.

The law took effect Sept. 1 and Beth Robinson, chair of Vermont Freedom to Marry Action Committee, said some gay and lesbian couples have tied the knot. Cheering them on was the Vermont-based Ben and Jerry’s Ice Cream, which renamed its popular flavor, Chubby Hubby, for the month of September to Hubby Hubby.

With a two-month reporting lag, only a few same-sex newlyweds have appeared up to now in the state’s statistics. Robinson said so far there’s no move to reverse this victory, either in court or in the legislature.

"It’s hard for me to imagine, with the overwhelming support among the population and the two-to-one margin by which it was passed," that it could be reversed, she said. A poll earlier this year showed 55 percent of Vermonters in favor.

New Hampshire was a nail-biter for a different reason. The bill passed both houses of the legislature in May. But Gov. John Lynch played his cards very close to the vest, giving no indication before the vote where he stood, said Mo Baxley, executive director of New Hampshire Freedom to Marry Coalition.

After the vote Lynch asked for certain changes exempting religious groups from having to participate in same-sex ceremonies. After lawmakers made those changes he signed it June 3. It took effect on Jan. 1, 2010.

But opponents have already promised to introduce two bills when the new session convenes in January to try to overturn same-sex marriage. One would repeal the new law; the other is a constitutional amendment banning same-sex marriage.

"We will defeat them," Baxley said. She said a constitutional amendment has a "very high bar," requiring a vote in favor by two-thirds of the legislators in each chamber.

She said her group’s electoral strategy is "to protect those who supported us in the upcoming election; then we’ll try to expand our majority" to ensure the new law survives these assaults. All state officials are up for election this November.

Rhode Island Advocates Look Ahead to 2011

Same-sex marriage advocates in Rhode Island are pursuing a strategy that proved successful in the other states. They are having same-sex couples meet with political leaders and voters, who will then have a better idea of the reality of their gay and lesbian neighbors’ lives and why they consider civil marriage a civil right.

But Gov. Donald Carcieri is outspoken in opposing same-sex marriage and the votes aren’t there to override a veto in the legislature.

"Right now we have a governor who’s anti-equality," said Kathy Kushnir, executive director of Marriage Equality Rhode Island, "so we anticipate a veto in the 2010 session, so we need a veto-proof majority."

Term limits will force Carcieri out next year, after serving two terms, and Kushnir is optimistic about whoever replaces him in 2011.

"At this point all the Democrats and one Independent candidate have said they support marriage equality and one Republican candidate said he supports civil unions. And we believe that’s an educational process to get people from civil unions to marriage," Kushnir said.

Melinda Tuhus is a freelance writer based in New Haven, Conn.

One response to “Marriage-Equality Advanced in 2009; Maine Balked” 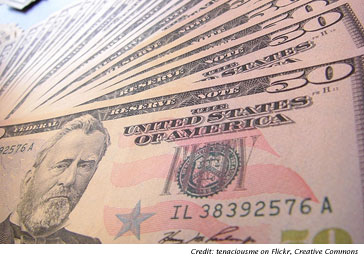