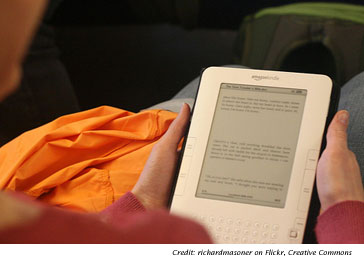 Women’s literary output this year stole headlines, inspired a Pulitzer Prize-winning play, won prizes and earned critical acclaim and buyers. Here’s a listing of just some of the output. Sorry we couldn’t fit more in.

(WOMENSENEWS)–Female writers in all genres and at all levels–from blockbusters to thought stirrers–have won a generous portion of this year’s critical acclaim, sweeping up a large percentage of the major prizes and, partially thanks to a spate of new film adaptations, spending considerable time perched atop the bestseller lists.
Among fiction writers, Herta Muller, an ethnically German Romanian novelist known for writing about life behind the Iron Curtain, won the Nobel Prize for her lifetime achievement. The prize has led to new translations of her work into English.
Elizabeth Strout netted the Pulitzer for "Olive Kitteridge," a series of interlocking stories featuring a New England schoolteacher.
Hillary Mantel took home the Booker Prize for "Wolf Hall," a big historical novel about intrigue in the court of British monarch Henry VIII.
Beloved short-story writer Alice Munro collected the Man Booker International Prize, which honored her total body of work as a master of short fiction. Munro’s newest collection of stories, "Too Much Happiness," also appeared in bookstores this fall.
Lorrie Moore’s "A Gate at the Stairs," about a nanny’s life intertwining with her charges’ family, is garnering rave reviews, as is A.S. Byatt’s "The Children’s Book," one of whose Edwardian characters is loosely based on the renowned children’s author E. (Edith) Nesbit.

Barbara Kingsolver’s "The Lacuna" spends fictional time among Mexican artists Diego Rivera and Frida Kahlo.
Margaret Atwood’s "The Year of the Flood" navigates a post-apocalyptic future with two female survivors.
Jeanette Walls, author of "The Glass Castle," returned with an acclaimed fictional reconstruction of her grandmother’s life, "Half Broke Horses: A True-Life Novel."
Sarah Waters’ novel "The Little Stranger" uses a ghost story taking place in a mansion to explore deeper themes such as class and life after a war.
American Indian writer Louise Erdrich published "The Plague of Doves," the story of an unsolved murder and its consequences for residents of an Ojibwe reservation and a nearby town in North Dakota.
The release of the movie "Precious," about a troubled teen in 1980s Harlem, kept author Sapphire’s novel "Push"–the basis for the film–firmly atop bestseller charts for weeks.
Stephenie Meyer’s "Twilight" series, a vampire romance for young adult readers, continued to provoke debate and move copies thanks to new film adaptations. Suzanne Collins, another young adult author, garnered considerable attention and sales for "Catching Fire." The book is installment two of "The Hunger Games," her popular dystopian series.

Among playwrights Lynn Nottage, reinterprets Bertolt Brecht’s "Mother Courage and Her Children" in wartime Congo in her Pulitzer-Prize winning "Ruined," which, following a successful Manhattan Theater Club stint on Broadway, will be opening the 2010 season at the Geffen Theater in Los Angeles.
Former vice-presidential candidate Sarah Palin topped the bestseller charts and mesmerized the media with her publicity tour for her memoir, "Going Rogue: An American Life."
Palin’s book spurred editors of The Nation to produce "Going Rouge: Sarah Palin, An American Nightmare," a collection of essays about Palin’s sometimes puzzling presence on the national scene.
Pundit Katha Politt produced "The Mind-Body Problem," the latest collection of poetry from the fearless feminist columnist at The Nation who was writing poetry before she turned her pen to politics.
Louise Gluck returned with her dark collection of poetry called "A Village Life," which probes the underside of life in a farming community.
Memoirist and poet Mary Karr of "Liar’s Club" fame garnered praise this year for "Lit," a frank memoir about her own struggle with depression and addiction.

New York Times’ columnist Gail Collins’ "When Everything Changed: The Amazing Journey of American Women from 1960 to the Present" is a sharp, readable, history of the second wave women’s movement and the decades after its heyday.
Elaine Showalter’s "A Jury of  Her Peers: American Women Writers from Anne Bradstreet to Annie Proulx" sets the foundation of a U.S. women’s literary canon.
Barbara Ehrenreich’s latest book, "Bright-Sided: How the Relentless Promotion of Positive Thinking Has Undermined America," takes on the "power of positive thinking" in our culture with Ehrenreich’s trademark wit and intellect.
Sheryl WuDunn and Nick Kristof’s "Half the Sky: Turning Oppression into Opportunity for Women Worldwide" is an impassioned argument for using resources to build up women’s lives in the developing world. Earlier in the year, Michelle Goldberg’s "The Means of Reproduction: Sex, Power and the Future of the World" chronicled the push and pull over international reproductive rights in the last century.
A major expose this year was Karen Greenberg’s "The Least Worst Place: Guantanamo’s First 100 Days," which described the first 100 days at Guantanamo Bay, a chilling look at one facet of U.S. policy during the Bush era.
Joan Schenkar’s "The Talented Miss Highsmith: The Secret Life and Serious Art of Patricia Highsmith" is a new biography of the author of "The Talented Mr. Ripley," whose life was as compelling as her dark fiction.
The release of the film "Julie and Julia" brought another female-penned classic–Julia Child’s "Mastering the Art of French Cooking"–back into vogue, granting the book bestseller status half a century after it was first published.
Feel free to share your favorite books of the year in the commentssection. For a lighter selection of our women-penned picks, see our summer reading feature, Women’s Writing Fires Up Summer Reading Lists.
Sarah Seltzer is a freelance writer in New York City. Her work is available at www.sarahmseltzer.com.

One response to “Women’s 2009 Books Enjoyed a Banner Year” 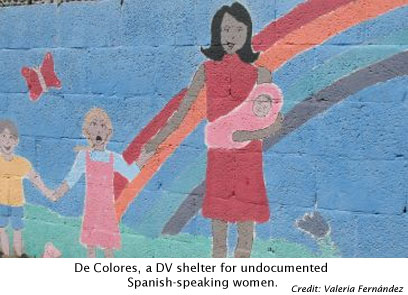