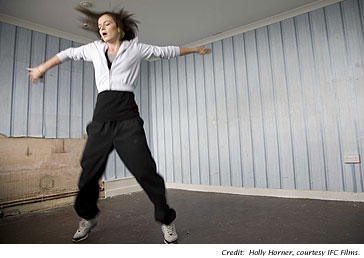 The start of the year is a low season for film releases but Jennifer Merin manages to find an array of new femme fare. There are features, documentaries, comedies and horror. Also, one spoof she wonders about even bringing up.

(WOMENSENEWS)–January is typically the low season in film releases.

The holiday entertainment rush is over and attention is shifting to the Feb. 2 Oscar nominations for the March 7 Academy Awards.

But quite a few films with special women’s interest are punctuating the lull this year.

Most promising is "Fish Tank," a dark drama by British writer-director Andrea Arnold that won the Jury Prize at the 2009 Cannes Film Festival. It’s about a troubled teen whose dysfunctional family life becomes even more difficult when her mother’s new boyfriend walks into it. Katie Jarvis has received rave reviews for her starring role.

Petra Seeger’s "In Search of Memory" profiles Eric Kandel, the Nobel Prize-winning neuroscientist, following him as he searches his own memories back to his childhood. Born a Jew in Vienna in 1929, Kandel emigrated to the United States before the Holocaust, but his work–and his memories–have been largely influenced by the specter of Nazi persecution. Seeger’s blending of neuroscience and biography makes this film particularly compelling. The documentary, with the same title as Kandel’s autobiography, opens in limited release on Jan. 15.

Also opening on Jan. 15, "Waiting For Armageddon" is a documentary co-directed by Kate Davis and David Heilbroner. It explores beliefs–held by some 50 million people–that Biblical prophecy foretells the world’s future and that the End of Days is, indeed, coming. The filmmakers speak with Christians, Jews and Muslims who offer varied critical perspectives on the nature of prophecy and its potential political impact, especially as it relates to the state of Israel. This is a thought-provoking film for the start of the new year.

Opening in limited release on Jan. 29 is the third documentary, "Off and Running," directed by Nicole Opper and Avery Klein-Cloud. The film focuses on the life of Avery, the African American adoptive daughter of two white Jewish lesbian parents, who are also raising two adopted boys–one mixed-race and one Korean–in Brooklyn, N.Y. When Avery decides to explore her African American roots by seeking out her birth mother, she’s forced to confront the complications of personal identity and family ties. Her outlook and behavior nose dive. She stays away from home, skips school and risks losing the chance to attend college and become a track star. But then her story starts its rewarding rebound.

For those who want a good fright in the new year, "Case 39" offers a femme-centric psychological and supernatural thriller. Renee Zellweger stars in the film as a social worker who’s committed to saving a girl from her abusive parents and finds herself facing terrifying demonic forces. It opens on New Year’s Day, in time to scare yourself out of a hangover.

In lighter fare, you’ll find Amy Adams starring in a new romantic comedy, "Leap Year" (even though February 2010 has only the usual count of 28 days). It opens in theaters nationwide on Jan. 8. The plot of the film, co-written by Deborah Kaplan, is propelled by an Irish tradition that allows women to propose to men on Leap Day–Feb. 29. Adams’ character, who lives in the United States, wants to propose to her boyfriend–who happens to be in Dublin–on Leap Day. Her journey to meet him turns into a series of mishaps that present unexpected romantic complications. Adams is delightful, as always, and Matthew Goode, as the guide who’s trying to help her reach her beau, is a sweetheart of a romantic lead. The film is a warm-hearted, mid-winter escape.

On the other hand, it’s hard to know what to make of "Bitch Slap," a film with publicity materials that describe it as a throwback to sexploitation films produced between the 1950s and 1970s with an amazing preponderance of "tits and guns." The plot revolves around three particularly buff bad babes–the flip side of Charlie’s Angels, I suppose– engaged in a criminal caper. "Bitch Slap" isn’t on my must-see list, but the film’s elaborate Web site may help you decide. It opens in limited release on Jan. 8.

Opening on Jan. 15, "Queen To Play" ("Joueuse") is writer-director Caroline Bottaro’s first feature. It’s about a French Riviera hotel maid (Sandrine Bonnaire) who becomes obsessed with the game of chess and, tutored by an American ex-patriot (Kevin Kline), gets good enough to compete for a championship. Her success at the game of kings is not, however, appreciated by her husband. The drama revolves around how she struggles to resolve her ambitions with her relationships.

"Hoodwinked 2: Hood vs. Evil" is an animated feature for the kids, in which Red Riding Hood (voiced by Hayden Panettiere) is called upon to be the hero by helping to find the missing Hansel and Gretel. Opening Jan. 15, it presents a positive animated female role model.

"Creation," opening Jan. 22, promises an engaging performance by Jennifer Connelly as Charles Darwin’s wife, whose marriage suffered severely because her own strong religious convictions opposed her husband’s history-defining "Origin of the Species." Darwin is played by Paul Bettany, who is Connelly’s husband in real life.

"Extraordinary Measures," also opening Jan. 22, is based on writer Geeta Anand’s book, "The Cure: How a Father Raised $100 Million–And Bucked the Medical Establishment–in a Quest to Save His Children." Directed by Tom Vaughn, with a screenplay by Robert Nelson Jacobs, the truth-based feature film stars Brendan Fraser and Kerri Russell as the married couple who raise money to find a cure for their two kids’ rare genetic disorder.

"Preacher’s Kid," opening Jan. 29, is an updated and femme-centric version of "The Prodigal Son." In it, R and B singer LeToya Luckett (of Destiny’s Child) makes her film debut as a preacher’s daughter who, at age 20-something, joins a traveling gospel show. Along the way, she discovers the difficulties of life on the road and struggles to find the resolve and courage to return home and seek reconciliation with her father. It will be interesting to see how LeToya’s acting chops compare to those of fellow Destiny’s Child singer Beyonce Knowles.

In addition to covering film for Women’s eNews, Jennifer Merin writes about documentaries for About.com (http://documentaries.About.com) and is president of the Alliance of Women Film Journalists, a nonprofit organization of the leading women film journalists in the U.S. and Canada. 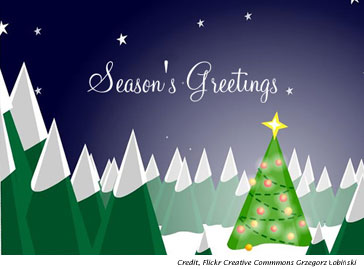 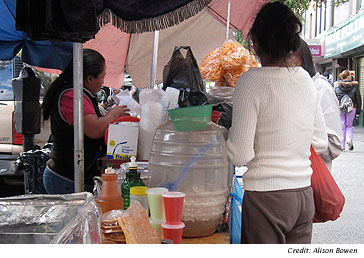