Late Tuesday, Dec. 8, the Senate voted 54 to 45 to table an effort to bar abortion coverage in the proposed national health insurance plan.

Late Tuesday, Dec. 8, the Senate voted 54 to 45 to table an effort to bar abortion coverage in the proposed national health insurance plan.

The vote effectively assures that the House’s Stupak-Pitts amendment–that does call for such a ban–would not be duplicated in the Senate.

The news triggered an outpouring of relief from women’s rights advocates.

"Today, the United States Senate put women’s health ahead of the anti-choice agenda by rejecting efforts to use health care reform to deny women the coverage for abortion services that most now have," Debra L. Ness, president of the National Partnership for Women and Families, based in Washington, D.C., said in a release late Tuesday.

In the House, 40 pro-choice advocates are threatening to vote against the proposed health insurance legislation if the abortion-limiting language is not removed.

AIDS-Free World released a 64-page report that documents 380 rapes it said were committed by Mugabe forces. Just over half the women reported the rape to police and few of the perpetrators have been prosecuted.

About 70 women linked to Zimbabwe’s opposition detailed how they had been raped, kept as sex slaves and even forced to watch their daughters being raped. Ten women became pregnant following the attacks and many believe they are now HIV positive.

According to the group, the rapes began in 2007 and increased dramatically in 2008, with 64 percent of the rapes occurring between the March election and the June runoff.

"The politically orchestrated and systematic campaign of sexual violence unleashed against women who supported the opposition carves yet another chapter in the annals of Robert Mugabe’s legacy of depravity," group leader and former UNAIDS envoy Stephen Lewis told the Associated Press. 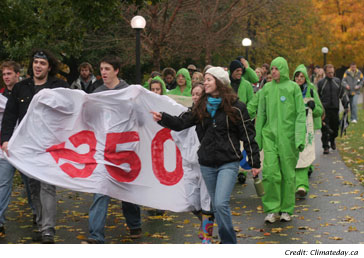 For Climate Activists, All Eyes on Copenhagen