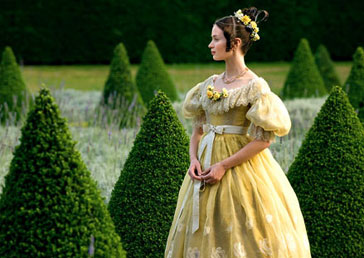 The winter solstice brings plenty of movies to brighten the darkest days of the year. One head-turner, opening Dec. 18, is the lush romantic tale of the tumultuous early years of England’s Queen Victoria.

This is a decidedly femme-centric biopic about the tumultuous early years of the epic reign of England’s Queen Victoria and the evolution of her famous and enduring romance with her consort, Prince Albert. Emily Blunt’s convincing portrayal of Victoria is superbly supported by an extraordinary ensemble, including Miranda Richardson as the Duchess of Kent, Rupert Friend as Prince Albert, Paul Bettany as Lord Melbourne and Jim Broadbent as King William.

"The Young Victoria" begins a wider release on Dec. 25.

Backing up a bit: "Serious Moonlight," opening Dec. 4, is a poignant reminder of the death of its scriptwriter, Adrienne Shelly. In 2006, the actress and writer-director was murdered by a construction worker who entered Shelly’s Greenwich Village apartment intent on robbery. Shelly left behind this quirky romantic comedy script with eerie echoes of her own murder. The film is about a couple (Meg Ryan and Timothy Hutton) whose marriage is restored after they–along with his mistress–are held captive by a bad-boy robber and his gang of thugs during a home invasion.

"Serious Moonlight" was produced by Andy Ostroy, Shelly’s husband. Ostroy also has created the Adrienne Shelly Foundation to benefit female filmmakers. The movie marks the directorial debut of Cheryl Hines, a good friend and colleague of Shelly. As laudatory a legacy project as this may be, it just doesn’t seem destined to become a classic comedy. The plot is too much of an ongoing gag and the characters seem too one-dimensional. Who knows how it would have turned out had Shelly lived to see it through.

But the plot, which twists through the final chapter in the great Russian writer’s life, winds itself around the infighting about who will inherit the rights to Tolstoy’s writings and seems disjointed, ponderous and sprawling. "The Last Station" opens in limited release on Dec. 4.

"Brothers," Jim Sheridan’s English language remake of Danish director Susanne Bier’s "Brodre" (2004), also hits theaters on Dec. 4. The film is about a young man (Jake Gyllenhaal) who becomes involved with the wife (Natalie Portman) of his older brother, a soldier who has gone missing while on a peacekeeping mission in Afghanistan. It’s a strong and timely treatment of the tangential ravages of war.

On Dec. 11, Peter Jackson’s "The Lovely Bones" opens in limited release, with wider rollout on Dec. 25 and Jan. 15. Based on Alice Sebold’s bestselling novel of the same title, the screenplay by Fran Walsh and Philippa Boyens revolves around Susie Salmon (Saoirse Ronan), a slain teen who lives on, dramatically, from the vantage point of heaven. From there she weighs her wishes to see her family heal from the trauma of her murder against her desire for revenge against the neighbor (Stanley Tucci) who raped, murdered and dismembered her. The femme-centric film is faithful to the spirit of

Sebold’s creation and anyone who liked the book–who didn’t?–will likely feel the same about the film.

On Dec. 18, Luc Besson and Celine Garcia bring the delightful animated young hero they created in "Arthur and the Minamoys" (2006) back to the screen for "Arthur and the Vengeance of Malthazar." Freddie Highmore voices the virtuous Arthur and Mia Farrow is strong support as his Granny. Arthur, as you may remember from his first adventure, is keenly aware of the importance of respecting nature and all its species and creatures, and the positive and non-repressive moral values presented in the film make for good family viewing and discussion.

Nancy Meyers, one of Hollywood’s most successful female directors, presents again on screens nationwide with "It’s Complicated," a romantic comedy starring Meryl Streep and Alec Baldwin. They play a divorced couple who have a romantic interlude when they reconnect at their son’s college graduation, although Streep is actually there with another guy.

Meyer’s "Something’s Gotta Give" (2003), about a midlife romance that happened in spite of itself, won critical acclaim. Three years later, in 2006, she released "The Holiday." The film focuses on two women who swap their homes for the holidays to escape male-related angst and, in doing so, find love, failed to impress. Now, another three years have gone by. I haven’t seen the film yet, but the media machine’s early buzz offers little in the way of serious critical reaction to "It’s Complicated." Instead, attention seems focused on Baldwin’s butt (which actually belongs to his double who plays the nude scene). Well, that’s Hollywood for you.

"Nine," a musical extravaganza based on the Tony Award-winning 1982 Broadway musical, splashes onto screens on Dec. 25. Both the film and play are based on Federico Fellini’s 1963 Oscar-winning film "8 ½." It tells the tale of an acclaimed film director, Guido Contini (Daniel Day-Lewis), whose personal and professional midlife crisis reflects his relationships with a stockpile of women: his wife (Marion Cotillard), mistress (Penelope Cruz), movie star muse (Nicole Kidman), confidant and costume designer (Judi Dench), mother (Sophia Loren), U.S. journalist (Kate Hudson) and a "puta," or prostitute, from his childhood (Stacy Ferguson, aka "Fergie").

Directed by Rob Marshall and scripted by Michael Tolkin and Anthony Minghella, the female characters appear as figments of a man’s troubled memories and illusions. But even if the women are processed through a male psyche they offer a formidable display of female acting talent. See the film for that.

Another Dec. 25 musical release is the animated "Alvin and the Chipmunks: The Squeakuel," directed by Betty Thomas. It finds the charming chipmunk ‘tweens trio coping with the challenges of celebrity and competing with a female singing group called the Chipettes.

Closing out the month–and the year–actress-turned-director Jodie Markell’s first feature, "The Loss of a Teardrop Diamond," opens in New York and Los Angeles on Dec. 30. Based on a little known and previously unproduced screenplay by Tennessee Williams, with female characters predictably complex and compelling, the film is a 1920s period piece about a recalcitrant Southern belle, Fisher Willow (Bryce Dallas Howard), who risks her heritage and inheritance for love. There are strong performances, too, by Ellen Burstyn, Ann Margret and Mamie Gummer. 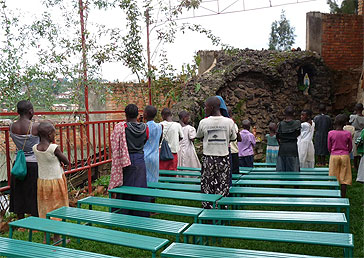