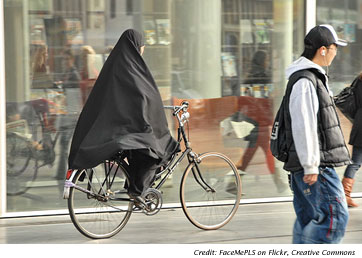 The Muslim Canadian Congress is lobbying to ban the burka and niqab, but authorities say apparel is a matter of individual expression. Young women who have adopted the clothes say they like the modest attire.

"She was of the old school and she wore it because that was the only way she saw it," Siddiqui said.

But eventually, donning the full-body, face-concealing cloak fell out of practice in that country. Like other women, Siddiqui’s grandmother cast off the burka in favor of a more modern and less concealing style of dress.

Now living in Canada, Siddiqui said she has noticed a small but alarming number of women reverting to what she believes is a dated and oppressive custom of wearing burkas and niqabs, a garment and face covering that similarly envelope the wearer, leaving only the eyes exposed.

As vice president of the Toronto-based Muslim Canadian Congress, Siddiqui is lobbying to ban wearing these garments in public.

In October, the congress, a grassroots, nonsectarian organization, issued a public statement calling on the Canadian government to introduce legislation to prohibit burkas and niqabs, arguing that they pose a security risk, as they allow the wearer to conceal her identity, and are political symbols of Islamic extremism.

In the statement, the congress called the custom a "medieval misogynist practice" against which the Canadian government should take a lead in ending. It added that the congress "regretted that while the rest of the world is moving toward the goal of gender equality, right here in Canada Islamists are pushing back the clock, convincing educated Muslim women they are no more than sexual objects and a source of sin if they reveal their faces in public."

‘Pushing Back the Clock’

The organization’s push for a ban has reignited a long-standing debate over the practice, which others argue is a religious right protected under Canada’s Charter of Rights and Freedoms.

Last fall, an Ontario court judge created controversy when he decided a woman did not have the right to wear a veil when testifying in a sexual assault case. And in 2007, a Quebec elections official ruled that women should be required to remove their veils to vote.

In response to the congress’s statement, the Canadian government expressed support for the organization’s work to encourage tolerance and women’s rights, but indicated it would not pursue a ban.

"[I]n an open and democratic society like Canada, individuals are free to make their own decisions regarding their personal apparel," said a statement from the Office of Prime Minister Stephen Harper.

Even so, Siddiqui said her organization will continue to press for legislation, but declined to say what measures they will take.

"We are aware that it is not that easy [to introduce a ban] but the fact is, the debate has started," Siddiqui said. "We are going to try our best."

She said her organization’s call for a ban was inspired by an announcement last month by Egypt’s Muslim authority Sheik Mohamed Tantawi that he would issue a fatwa, or religious edict, against the niqab and burka.

Tantawi said the garments were merely a cultural tradition, rather than a religious obligation, and were not required by the Quran.

Siddiqui said she is worried the revival of the burka and niqab indicates a resurgence of fundamentalist Islamic groups believed to subordinate women.

"They don’t want a woman to be showing any part of their body. The woman has no choice," she said.

However, Yusuf Badat, imam of the Islamic Foundation of Toronto, rejected the notion that women are being pressured to wear the garments in Canada. He noted that different Muslim groups should have the freedom to interpret religious texts however they wish.

Under Islam, it is a religious requirement for women to cover their hair, at minimum, by wearing the hijab, or headscarf, Badat said.

"If they want to extend their modesty and their piety of also covering their face, then that meaning can be understood," he said.

Badat said a growing number of young Muslim women in Canada are choosing to wear niqabs as an expression of their faith.

"The younger generation has an inquisitive mind and they want to know the religious aspects," he said.

Cheryfa Jamal, 47, said she began wearing a niqab about 10 years ago and continues to do so outside the home and in the company of men who are not immediate family members.

"Our modest clothes are not oppressive to us," Jamal wrote in an e-mail. "We are free from the distractions and embarrassment of being the focus of the desires of every man who looks in our direction."

Jennifer Gilbert, 26, who became a Muslim more than two years ago, began wearing increasingly modest clothing as she learned more about Islam and because she was appalled by how non-Muslim men objectified women.

"The very idea of knowing that no matter what part of my body shows it creates disgusting things in men’s heads made me that much more sure of my decision," she said. "Since wearing the niqab . . . my self-esteem has risen and I fell in love with myself more on the inside than on the outside."

Still, Mohammad Qadeer, professor emeritus at Queen’s University in Kingston, Ontario, and author of the book "Pakistan: Social and Cultural Transformations in a Muslim Nation," said while he did not support the idea of government legislation, leaders and women within Canada’s Muslim communities should discourage niqabs and burkas because they inhibit face-to-face communication.

"It is signaling ‘I don’t trust you,’" he said. "For the social cohesion, for Canada as a tolerant society, we should trust each other and we should promote trust."

Wency Leung is a freelance writer in Vancouver, Canada. 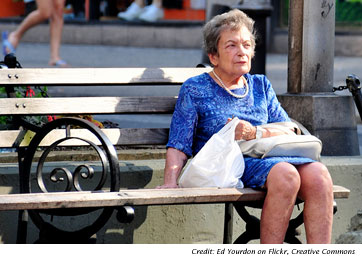