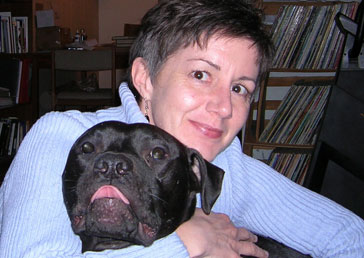 Kissling’s Menstruation Blog Talks All About It

Is menstruation still surrounded by silence? Researcher Elizabeth Kissling says yes, which is why her society’s new blog “re: Cycling” seeks to spur talk about a wide range of topics and provide a gathering place for menstrual activism.

(WOMENSENEWS)–Elizabeth Kissling, president of the Society for Menstrual Cycle Research, says she’s used to people saying: "You study what?"

Since the 1980s she’s researched the social and commercial treatment of menstruation and has written one book and numerous articles on the topic.

This past September she launched a blog, re: Cycling, which has so far covered a wide range of topics, from Tampax to television to menopause.

The blog’s goal is to broaden the audience for the Society for Menstrual Research and dispel the lingering stigma, shame and phobia that she finds clinging to this "unclean" aspect of female identity. It aims to "make it okay to talk about menstruation," said Kissling, 46, who teaches communications and women’s and gender studies at Eastern Washington University in Cheney, Wash.

One of Kissling’s first posts looked at reactions to a picture of teen actress Dakota Fanning with what looked like menstrual blood on her leg. The picture was published on "ohnotheydidnt," a LiveJournal.com community board, and comments about the pictures were made on Broadsheet.com.

Kissling noted that many people assumed the blood was fake because it hadn’t been immediately cleaned. "Telling, no? It’s only OK for us to see this menstrual blood because it’s FAKE," she wrote.

Often, Kissling and co-writers comment on the difficulty women have discussing menstruation with doctors, friends and intimate partners.

Posts also examine the extent to which menstrual product advertisers shy away from direct communication. Some advertisers have begun using the word "period," but for years euphemisms were standard. Certain ads continue to refer to menstrual blood as a "fluid," and blue liquid is often used in graphics to represent what is really red.

"Can’t [advertisers] just promote the damn products without promoting shame and body hatred?" Kissling wrote in a recent post on the Tampax "Mother Nature" campaign, which she felt framed the period as a "gift nobody wants."

Recently, for instance, Kissling and Chris Bobel, an assistant professor in women’s studies at the University of Massachusetts in Boston who is a regular blogger on re: Cycling, took aim at Redbook magazine for what they considered a dismissive review of the book "Flow: The Cultural History of Menstruation."

The book, by Elissa Stein and Susan Kim and due out this month, was described as "one to snub" by Redbook. The reviewer wrote: "You welcome it, bemoan it, or just live with it. However you feel about your period, we’re pretty sure most of you would rather spend your cash on a three- to five-day supply of Ben and Jerry’s than this 250-plus-page tome that teaches you about menstruation in the animal kingdom and the origin of tampons."

Kissling contacted the authors–neither of whom belong to the Society for Menstrual Cycle Research–and extended support.

Re: Cycling blogger Chris Bobel, whose book, "New Blood: Third Wave Feminism and the Politics of Menstruation," will be published by Rutgers University Press in early 2010, called the snub "dim-witted." She also re-posted a mocking representation of the magazine’s front page by menstrual activists Chella Quint and Sarah Thomasin, renaming the magazine Bledbook."

Re: Cycling has been favorably reviewed by "Broadsheet," a special section for women’s issues at Salon.com, and the "Heartless Doll," a blog affiliated with San Francisco Weekly.

At BitchBuzz, a British Web site, writer Zara Rabinowicz said she was initially taken aback by the idea of a menstrual blog, but after reading some of the posts she changed her mind, saying the blog deconstructed issues intelligently and with "sass."

Re-Cycling is also preparing itself to contend with its share of disdain.

"This is laughable. Really. Come on," one commenter recently wrote on The Guardian’s Web site in response to an article about menstrual activism, which included a mention of two Society for Menstrual Cycle Research members "’Menstrual activists.’ Presumably women can’t be really free until they can bleed in public and nobody bats an eye."

Kissling says The Guardian article produced two types of reader responses: "One was people saying, ‘Oh come on, isn’t this taboo over?’ The other was a really harsh reinforcement of the taboo, saying, ‘Don’t talk about this in public.’"

Members of the Society for Menstrual Cycle Research, founded in 1979, include humanities scholars, teachers, students, artists and medical professionals who meet every two years to discuss their latest research.

Members contribute regularly to journals and have worked for many years with the National Institute of Health’s Office of Research on Women’s Health.

Path to the ‘Period Lady’

Kissling’s path to becoming the "period lady," as she is sometimes known on campus, began in the late 1980s when she was looking for a doctoral thesis that fit her interest in the mind-body relationship and in narratives. She was also searching for a topic that was unique to all women.

"I had a flashbulb moment," Kissling recalls. "Almost every woman you meet remembers her first period vividly. It’s an iconic moment growing up. She typically has a story about that, she puts it in a narrative form to tell other people or, even if she doesn’t talk about it, to tell herself."

Kissling refers to this as the "first blood story."

In addition to Bobel, two other members of the Society for Menstrual Cycle Research join Kissling as volunteer bloggers for re: Cycling.

The other blogger is Chris Hitchcock, a researcher at the University of British Columbia’s Centre for Menstrual Cycle and Ovulation Research in Canada. Members of the society are also invited as guest bloggers on a regular basis.

Both Kissling and Bobel have written extensively in their academic work about the menstrual taboo that can be established when a young girl has her first period. First conversations about menstruation can have a defining impact, whether that communication reaches a girl via television, the movies, her mother, her school or her peers; if the conversation is clouded by stigma, it can remain for life.

They believe that the silence and taboo around the topic can make it difficult for women later in life to ask serious questions about their health. Often, it also impacts their self-image and relationship with their bodies.

"It’s one of the early places where girls learn to hate their bodies," said Bobel. "It’s pre-pregnancy, pre-breastfeeding, it’s for most pre even very serious battles with food and their bodies. It’s early in that unfortunate journey. The menstrual cycle is one of the first engagements girls have with the complexities of their bodies and the message they get over and over again is: ‘hate it.’"

Jackie Bischof is a part-time editorial research assistant at Thomson Reuters. A graduate of Columbia University’s Graduate School of Journalism in New York, she has written for The Citizen, Journalism.co.za (South Africa), Editor’s Weblog (Europe), The Huffington Post and Black Star News (U.S.) and has interned at the BBC and at Time Out New York magazine. She blogs regularly on http://jaxbischof.wordpress.com

3 responses to “Kissling’s Menstruation Blog Talks All About It” 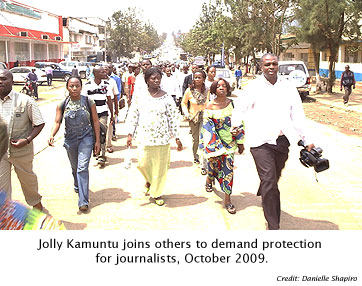 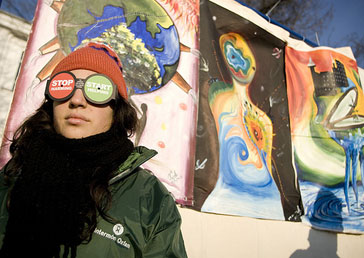