(WOMENSENEWS)–Over the weekend, Democrats and one Republican, Anh Cao of Louisiana, voted 220 to 215 for the Affordable Health Care for America Act, a public-private hybrid program that promises women ample gains over the current health-insurance system.

(WOMENSENEWS)–Over the weekend, Democrats and one Republican, Anh Cao of Louisiana, voted 220 to 215 for the Affordable Health Care for America Act, a public-private hybrid program that promises women ample gains over the current health-insurance system.

But the amendment barring coverage for abortion under any plans that use federal subsidies amounted to a Hobson’s choice for many who might otherwise have celebrated the late-night vote on Saturday. The abortion ban came after the national organization of Catholic bishops threatened to condemn the bill from every pulpit if the abortion ban was not approved.

"The U.S. Conference of Catholic Bishops has apparently been given veto power over legislation intended to provide affordable health care coverage to all Americans, including women," Nancy Northup, president of the Center for Reproductive Rights, based in New York, said in a statement issued shortly before midnight Saturday.

Northrup emphasized that the anti-abortion amendment would not only restrict abortion coverage under a new government insurance plan–the so-called public option–but would also require the purchase of riders for coverage of abortion services in the "health exchange" system to be designed to sell affordable health insurance to employers and uninsured individuals.

That, Northrup said, "would result in millions of women losing the benefits they already have and force them to buy insurance that does not meet all of their medical needs."

Employer-sponsored and private plans that don’t accept government subsidies would not be subject to the abortion restriction in the proposed law.

The abortion restriction makes an exception for pregnancies that are the product of rape or incest or when the life of the pregnant woman is in jeopardy.

The bill makes no exception if the health of the pregnant women is compromised by a pregnancy.

The vote brings the possibility of national health insurance much closer. But required passage by the U.S. Senate is highly uncertain.

Marcia D. Greenberger, co-president of the National Women’s Law Center, expressed dismay at the long reach of the restriction.

"Women would not even be able to use their own money to buy their own abortion coverage in their insurance plans," she said, referring to women who participate in the public option of the health care exchanges.

She emphasized that the legislative process is still "unfolding" and those pushing for the national health insurance plans to cover abortion will continue to lobby on.

In the mean time, Greenberger ticked some of the benefits the plan in the bill would offer women:

If the Senate approves its health insurance bill, representatives of the House and the Senate would then have to hammer out differences between their two versions of the overall plans and win approvals of the compromise bill in both chambers before sending anything on to President Obama to sign.

Building that level of agreement in both houses is a Herculean task, said the National Women’s Law Center’s Greenberg.

President Obama released a statement late Saturday night to his supporters saying, "This is a night to celebrate — but not to rest. Those who voted for reform deserve our thanks, and the next phase of this fight has already begun.

"The final Senate bill hasn’t even been released yet," he wrote, "but the insurance companies are already pressing hard for a filibuster to bury it."

Obama skirted any mention of the ban on abortion coverage.

Loretta Ross, national coordinator of SisterSong, a reproductive justice collective representing women of color, called the ban "an infringement on basic health rights and a frontal assault on women’s health overall" in a prepared statement.

More than 400 members of SisterSong were in the nation’s capital for a national membership meeting and went to Capitol Hill Saturday to demonstrate for abortion access and immigrant rights in healthcare reform.

Cecile Richards, president of Planned Parenthood Federation of America, called the requirement for women in the national exchange system to buy a single-service rider to cover abortion illogical because women don’t plan to have unplanned pregnancies.

Richards also doubted whether private insurers would provide such policies.

"Proposing a separate ‘abortion rider’ or ‘single-service plan’ is tantamount to banning abortion coverage," Richards said in a statement, since no insurance company would offer such a policy."

Women’s eNews welcomes your comments. Please go to our Web site and start the conversation: https://womensenewsp.wpengine.com 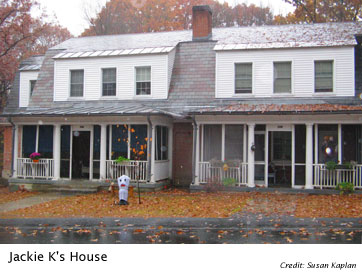