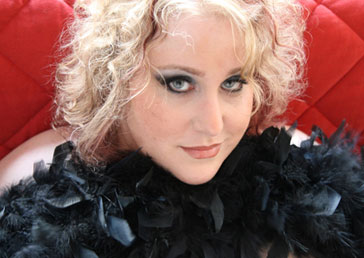 Sex workers in Canada are challenging the country’s ban on activities associated with prostitution, arguing it conflicts with their constitutional rights. Opponents say decriminalization of sex work would increase sex trafficking.

VANCOUVER, Canada (WOMENSENEWS)–Amy Lebovitch has been a sex worker for roughly 12 years. She’s offered sex for money on the streets of Montreal. She’s worked for a proprietor of an illegal brothel. And now, she quietly plies her trade from her Vancouver home.

Working indoors allows her to screen her clients over the phone or Internet before meeting them, instead of furtively negotiating deals in strangers’ cars, said Lebovitch, 30. It also offers her peace of mind to work in a familiar environment.

But the sense of security is relative, she said.

Although she now feels reasonably protected from the threat of violence she encountered on the streets, she worries that at any time authorities could charge her under a Canadian law that prohibits keeping a bawdy house and could seize her bank accounts and take away her possessions.

"Although I say, ‘yes I feel safe,’ there’s another side to it, which is I don’t feel safe (from) the police," she said, noting that she knows of many sex workers who have been charged under the country’s prostitution laws. "It’s very scary to think that you’re not hurting anyone, you’re working, you’re making money . . . and in an instant, your life can be turned upside down."

Arguing for decriminalization, Lebovitch, Terri-Jean Bedford and Valerie Scott, two other sex workers, have brought their complaints before the courts.

In October, they appeared at the Superior Court of Ontario to challenge sections of the country’s criminal laws that they say violate their constitutionally protected right to liberty and security. The sections in question prohibit keeping a bawdy house, soliciting sexual services in a public place and living off the proceeds of prostitution. The women are challenging all three sections.

In the early 1980s, Canada’s Ministry of Justice established a special committee to examine strategies to deal with prostitution. The committee rejected outright criminalization of prostitution because it concluded such a measure would lack public support, be nearly impossible to enforce and would "apply a narrow moral view by way of criminal sanction," according to government documents.

While there are no laws prohibiting the exchange of sex for money in Canada, most activities associated with prostitution are illegal, making it impractical to work within the law, the three women said.

That means sex workers are prohibited from taking measures to protect their safety, such as working indoors, even though the law drives them off the streets, Lebovitch said.

Because they can’t be seen in the open, those working outdoors are forced to conduct business in secluded and dangerous places, she argued. It also means sex workers are barred from working in cooperatives and hiring private security.

Through their years of experience, the three women found the "laws were creating a lot of violence and a lot of deaths to ourselves and our colleagues," Lebovitch said.

The best known case of violence against sex workers in Canada is that of Vancouver’s Robert Pickton, who was found guilty in 2007 for the murders of six women and is awaiting trial for the deaths of 20 others.

Lebovitch’s colleague and friend was also murdered in Ontario more than a year ago, she said. She does not know whether a suspect was found.

"I don’t believe that sex work is inherently dangerous," Lebovitch said. "It is the laws, the stigma (that are harmful)."

Her organization, along with the Christian Legal Fellowship and Catholic Civil Rights League, submitted arguments to the court against Lebovitch’s constitutional challenge, arguing that existing laws are "designed to protect the dignity of victims of prostitution" and that morality is the cornerstone of law.

Decriminalization does nothing to protect sex workers, but instead opens the doors for human trafficking and further exploitation, Landolt said.

"All it does is increase prostitution and it endangers women because far more women are out on the streets," she said. "They say that women are safe in brothels, but that’s ludicrous. They’re not safe there anymore than they are in the streets. It’s just not a safe thing to do."

More effort must be made to help sex workers get out of the trade, since the majority does not wish to be in it, Landolt said.

Local media reported that the Ontario and federal attorney generals offered similar arguments to the court in favor of the existing laws.

"The global experience is prostitution remains dangerous regardless of the legal regime," Gail Sinclair, a lawyer for the federal attorney general, told the court.

Lebovitch, however, said sex work is much the same as any other occupation. She said she chooses to do it because she enjoys being able to work for herself and to earn money.

Sex work allowed her to pay for university, where she earned a degree in social work.

Lebovitch said she expects the attorney generals to appeal if the sex workers win their court case. If that happens, or if the court does not rule in their favor, Lebovitch said she’s prepared for a long fight.

"I think people are somehow fearful of sex work," she said. "But what we fail to see is that there is a really bad situation going on right now. There are a lot of my colleagues being raped and murdered and the laws are not helping."

Wency Leung is a freelance writer in Vancouver. 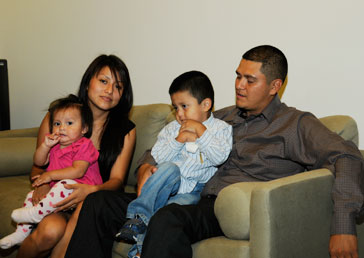 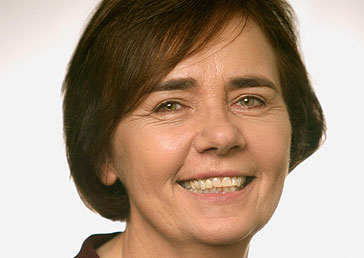