A new book, “Too Close for Comfort,” about mothers and older daughters revisits age-old themes and offers updated cautions for the era of the electronic “supermoms.”

(WOMENSENEWS)–Mothers and daughters should be close but not best friends, argue Linda Gordon and Susan Morris Shaffer, authors of "Too Close for Comfort," which was published in September by Berkley Books.

"Too Close" is one of many recent books about a new era in parenting, one in which moms and dads share cultural and social interests with their children, technology allows them to stay ever-involved in their offsprings’ lives and the pressure to be a perfect parent is overwhelming.

For mothers and daughters these social changes can be fraught with both pleasure and peril, say Gordon and Shaffer in the course of their book, which contains anecdotes, quizzes and lists to help its

readers. Gordon, a therapist, and Shaffer, a teacher and parenting activist, have partnered

They believe that social expectations on women to be perfect looking, high achievers at work and great mothers or homemakers, combined with the blurring of lines between each generation’s place in the pop cultural world, can lead to the "too close for comfort" scenario for mothers and daughters. Gordon and Shaffer’s book is meant to help women of the "supermom" era negotiate roles with their grown up daughters.

The writers believe that the mother-daughter relationship is a particularly close–and potentially thorny one–or several reasons. The first is that issues of identity and codependence tend to be (although not always) more intense between children and parents of the same gender.

As an example, Shaffer and Gordon relate stories of daughters who have extreme reactions to their mothers’ tastes or choices, as though a mother’s decision to choose a hairstyle or household product somehow reflects on the daughter.

"Boys know that they’re not their mothers," Gordon tells Women’s eNews. "Daughters might think it’s cute when their dads wear a ridiculous shirt. But it’s much more psychologically loaded the other way around. The daughter is trying to separate herself from her mother."

Deborah Tannen’s 2006 bestseller, "You’re Wearing That? Understanding Mothers and Daughters in Conversation," explored some of the language cues mothers and daughters take from each other that can be so enraging–including the titular phrase and others.

"Women often use talk as way of working things out," said Gordon. "But that puts mothers and daughters in a place where right away, the daughter knows her mother hates her hair."

Compounding these intimate boundary issues, they say, are the shared pressures that affect all women. Whether body image and diet or work-life balance, the authors say a media-saturated society produces feelings of shame and anxiety that are directly linked to the condition of modern womanhood. And that’s one more thing that moms and daughters have in common, but not necessarily a positive one.

"This is an important area that moms and daughters share," said Gordon. "We’re all affected by a culture of perfection. For mothers it’s a struggle because we need to model healthy behaviors for our daughters, but we may not be feeling secure ourselves." These insecurities or worries can be passed back and forth between moms and daughters, say Gordon and Shaffer.

"Our generation and our parents’ generation had a pronounced ideological and social gap between them," write Gordon and Shaffer, both members of the baby boomer generation.

The same holds true for generations of parents subsequent to the boomers. But today a shared culture of music, fashion, TV and technology blends the generations.

While young women growing up in previous eras may have had screaming matches with their mothers over rock music, long hair and edgy fashion styles, the universality of today’s pop culture has eliminated the bitter edge to many of these common generational struggles. Feminism has also enabled moms and daughters to bond–and compete–over shared experiences in the professional world.

"Unlike previous generations, today’s culture provides more opportunities for friendship and enjoyment of common interests between mothers and daughters," said Gordon. "They also share the experience of work. Previously, women were not in the work force in the same numbers. Furthermore, mothers in their 50s and 60s are more physically fit and have a youthful orientation. If you look at a 50-year-old woman or 60-year-old woman, she’s wearing some of same things as her daughter, assuming her daughter’s not dressing like Britney Spears."

This phenomenon, said Gordron, is something she calls "generation overlap." While it brings mothers and their daughters closer together, it also creates the chance for both friction and codependence. "It’s almost as though you’re living in close quarters," she said, adding that cell phones and the Internet mean even more contact and communication.

These similarities can lead to the unhealthy best-friendship-type relationships Gordon and Shaffer witnessed–where mothers and daughters did everything together and consulted each other constantly–which led them to write the book.

"The term ‘supermom’ was coined for our generation," Shaffer and Gordon write. This describes mothers who are there for every appointment and parent-teacher conference and skinned knee, advocating for and nurturing their kids 24-7 right through college applications and beyond.

But that over-involved role can cause problems as daughters grow up, they say, leading to daughters who feel they can’t live up to their moms’ standards or a difficulty separating on both ends.

"The most important question to ask yourself is: What can I do to empower my daughter to take care of herself while maintaining a good relationship?" they write.

Another book released this year, Ayelet Waldman’s "Bad Mother" (Knopf, 2009), is a similar reaction to the culture of super-momdom. Through essays and personal stories, Waldman joins Gordon and Shaffer in telling mothers that sometimes the best way to parent is to let go, step away from the pressure and celebrate imperfections.

Waldman, wife of novelist Michael Chabon, has come under fire for her honest journalism about parenting, including a column about how her love for her husband was stronger than her maternal love.

"The reaction to her was so extreme," said Gordon of Waldman. "Mothers are supposed to only have pearls coming out of our mouths and everything we’re supposed to say is positive."

Gordon and Shaffer argue for a new standard–the "perfectly imperfect" mother–who does her best but takes time for herself and allows her daughter to navigate life’s hurdles with more independence.

One response to “Writers Advise High-Tech Supermoms to Power Down” 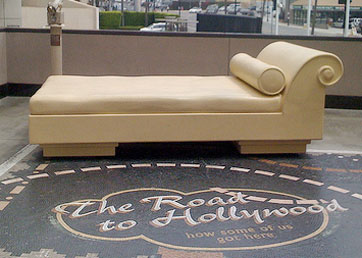