The 83-year-old Hefner presents himself as a prophet of joyful, unfettered, free sexuality.

As Matthew Scully described him in the Wall Street Journal in 2006: "Always a dreamer" and a "romantic at heart."

In Hef’s telling of the story, he dared to challenge the repressive attitudes of his day and left America a freer, happier place. He is guilty only of living out "every man’s dream," and if anyone thinks otherwise it must be envy. "I consider myself the luckiest cat on the planet," he often says; a graying libertine’s version of Lou Gehrig’s line.

But the reality has always been much darker. Hefner has always had power in mind–specifically, transferring the power in sexuality from women to men.

If you read his endless "Playboy Philosophy" (and most people skipped it for the centerfolds), you would discover the truth of the matter.

‘Playmates,’ Without the Baggage

Hefner believes that in 1950s America, during which time he came of age, men were wage slaves who toiled joylessly to support their wives and children. So he created a realm in which women were "playmates"–not wives who came with all that baggage of kids and mortgages–who would drop their panties at the hint of a male whim.

The Playboy clubs revealed the heart of the power structure in Hefner’s empire, especially when Gloria Steinem went undercover in 1963 as a bunny to write an article for Esquire. It revealed a workplace in which (mostly) working class young women were dressed in absurd "bunny" costumes. They came complete with silly little bunny ears and a round little bunny tail placed squarely on their butt.

The young women learned the "bunny dip," in which they could serve cocktails while giving male customers the closest possible view of their breasts without actually smacking them in their faces.

At Hef’s famous Playboy mansion parties (male) graying actors, writers and politicians were invited to frolic with women young enough to be their daughters. Women as the equals of men in the regions above the neck was never an idea on the menu at the mansion.

Hefner may indeed have helped ease the Madonna-whore polarity for women by insisting that nice girls did indeed enjoy sex and that the girl next door was a better sexual partner than one you paid for.

But once nice girls could say yes (a fine idea) they also couldn’t say no (a very bad idea). In Hef’s world, women are supposed to be endlessly available for male sexual fantasies and needs. They are playmates, after all.

One result I see of that attitude is the great pressure that young women today seem to feel to meet male sexual needs, even at the expense of their own. In 1999, The Washington Post’s Laura Sessions Stepp reported on oral sex rings in middle schools, in which girls were servicing their same-age male classmates. Her article was the first of many that followed the oral sex trend among pre-teens and teens.

Even in the bad old days, when I was growing up, "everything but all the way" meant that both partners could get to orgasm, but no intercourse was allowed. That was certainly a better deal for girls than a "Deep Throat" quickie. Especially in middle school.

In the world of Playboy, one sees what Susan Sontag has called, "the double standard of aging."

Men get older and older, like Hef, but the women on their arms stay eternally young. Hefner these days appears often with his three "girlfriends," each young enough to be his great-granddaughter. This brand of sex isn’t new and daring; it’s as old as history: a powerful old man who can pay for young concubines.

In the Times op-ed piece, author Joanne Lipman, founding editor in chief of Condé Nast Portfolio magazine, said that she recently searched the Internet for information about a TV newswoman who was about to interview her. She said she got a full page of results about her breasts. She also noted that during the presidential primaries the news media made a major effort to avoid racial stereotypes, it was still O.K. to discuss Hillary Clinton’s "cankles."

Hyper-sexualizing young women–and disdaining women as they age–is one recipe for retaining male power. It’s certainly one that Hugh Hefner has long followed.

It’s a recipe we ought to toss immediately in the trash.

Caryl Rivers is a professor of journalism at Boston University, and author of "Selling Anxiety: How the News Media Scare Women" (University Press of New England). 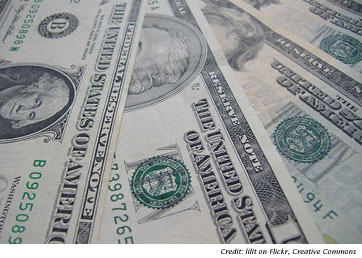