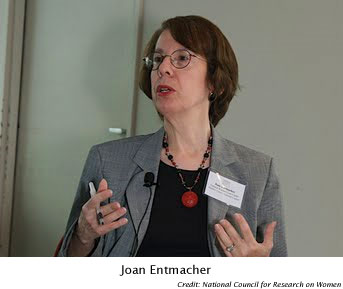 "Even more women would have been without health insurance if not for the growth in public health care coverage, such as Medicaid," Joan Entmacher, vice president and director of family economic security of the Washington-based National Women’s Law Center, said in an interview.

"The proportion of women with Medicaid coverage rose from 9.8 percent in 2007 to 10.4 percent in 2008," added Entmacher. "Nearly 850,000 additional women had coverage through this essential program in 2008, which shows why it is important for Congress to pass health reform legislation that will guarantee comprehensive health care for all."

To ensure that any bill passed by Congress will include the public option, the White House and many Democrats launched an aggressive lobbying effort this week to win the support of centrist Democrats in the Senate. The effort emphasizes that the public option would enable consumers–especially those who do not have employer-provided health insurance–to afford coverage.

Many women don’t qualify for employer-provided health insurance because they work part time or are low-wage workers who lack benefits or Medicaid.

Conservative Democrats and Republicans have opposed the public health insurance option because they claim it is a stalking horse for a single payer system that would eventually lead to socialized medicine.

The latest statistics on male and female health coverage were contained in the Census Bureau’s Sept. 10 report of income, poverty and health insurance in 2008.

It found that 17.6 million women–15 percent of the female population–lacked health insurance in 2008.

In 2008, 1 out of 3 children had coverage under Medicaid or the Children’s Health Insurance Program.

Public health insurance coverage for children and women helped offset the decline of employer health coverage, which has been eroding for eight straight years. In 2008, the number of workers without coverage rose by 932,000 for a total of 46.3 million uninsured Americans.

Obama favors a public option that would create a new national insurance company operated by the federal government to provide insurance, offering some consumers an alternative.

Although the public option is included in four of the five bills that have passed various House and Senate committees, it has run into serious trouble in the Senate Finance Committee, the last Congressional panel to consider health care legislation before debate begins in the full House and Senate later this month.

The finance committee rejected two amendments on Sept. 29 that would include a public option as part of a broad health care overhaul.

Sen. Max Baucus (D-Mont.), chair of the Senate Finance Committee, claims that the public option does not have enough support to pass the Senate. The Democrats need 60 votes, a super majority, to deter a Republican filibuster in the Senate.

Advocates for women’s financial security warn that more women will sink into poverty in 2009 unless Congress enacts legislation to extend health insurance coverage and other benefits such as unemployment insurance.

"Last year was an economic disaster for women," said Entmacher, whose law center was founded in 1972 to expand possibilities for women and girls in the United States. "The Census Bureau’s annual report of key measures of Americans’ well being indicated that the number of women living in poverty increased by 800,000, median earnings for women working full time, year round declined by $706 and the number of women without health insurance increased by half a million."

The House voted 331 to 83 Sept. 22 to extend unemployment benefits for 13 weeks to the estimated one million people who live in states with unemployment rates of at least 8.5 percent and who are scheduled to run out of benefits by the end of the year.

"Extension of unemployment benefits is an important first step in helping women survive the recession because many women don’t have the savings to withstand extended unemployment because they earn less than do men," said Entmacher.

Women’s eNews welcomes your comments. E-mail us at editors@womensenews.org.