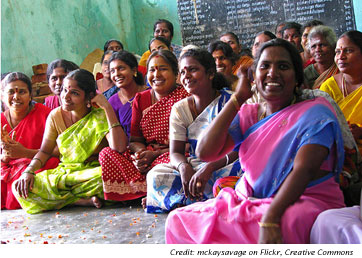 The prominence of Indian female politicians has attracted plenty of media attention. Less obvious, says Jael Silliman, is the broad, silent social revolution that is changing gender roles. Recently, it has reached into the Catholic Church.

KOLKATA, India (WOMENSENEWS)–A paradigm shift has occurred in the institutional recognition of women in public spaces across India.

The Western media has noted that Pratibha Patel, the president, Meira Kumar, the speaker of the House, and Sonia Gandhi, the power behind the ruling Congress party in India, are all women.

The rise of women to political power, challenging deeply rooted caste, gender and national barriers, has been covered.

So have the gender-friendly policies that are being instituted at the ground level, such as the recently launched special trains for women. The trains are a tacit acknowledgment of the sexual harassment Indian female commuters confront on a daily basis and the institutional commitment to accommodate these workers.

These news stories are a welcome foil to the reporting on Indian women as primarily victims, which dominates the international press.

What has received less attention is a silent revolution across social sectors in India.

Women’s integral role in all spheres of society are now a fact of life. This sweeping change is occurring in such unexpected places as the Catholic Church, the media and non-traditional work sectors, including the police, the airlines and the army.

The revision of policies of large private and public sector institutions is driving this change in an arguably top-down fashion.

The Catholics Bishops Conference of India, or CBCI, the highest ecclesiastical body of Catholics in the country, will announce policy recommendations imminently that call for equal representation of women at every level of the church to "redeem" a centuries-long "injustice."

Through this landmark policy, women are expected to get equal representation on all conference commissions that exert their influence on seminaries, parishes and diocesan pastoral councils.

Gender sensitivity courses would be required for all clergy and feminist theory would be a main course in seminaries. This gender policy would be a major breakthrough in a Catholic church anywhere, not just in India.

Meanwhile the Catholic Church in Kerala has announced an aggressive strategy for the political empowerment of women. The state’s Marxist-led coalition is seeking to reserve 50 percent of seats for women in local elections slated for 2010. The church seeks to prepare Catholic women, who tend to steer clear of politics, to run for elections. This would lead to Catholic women having a greater voice in local and state politics.

The Indian media, long viewed as a bastion of male privilege, is also changing. Women are highly visible on TV channels and talk shows. Women regularly anchor nightly news shows and host interview panels on all topics, including traditionally male issues such as sports and finance.

A leading example of a high-profile media woman is Barkha Dutt, who came to national prominence for her coverage of the war in Kargil, which occurred between India and Pakistan in 1999. She continues to be a strong voice in the media on issues of regional conflict and hosts one of the more important Indian current-event talk shows, "We the Citizens."

Another is Shireen Bhan, executive editor of the award-wining CNBC TV business news.

The reading public increasingly demands gender sensitivity from the media. Last month, an article in a major national newspaper was accompanied by a cartoon that portrayed leading politicians wearing saris to indicate indecision and weakness of the leaders. Readers sent scathing letters and the editors issued a public apology.

In mid-September, the graduation of two female fighter pilots from a flight school in Pakistan made headline news on BBC, South Asia.

But public and private institutions have opened their doors to women for years in India, which makes such stories no longer newsworthy.

Last month, for instance, a national daily featured a female flight lieutenant in the Air Force who flies an AN-32. The story was not about the fact that she was a successful flight lieutenant. The human interest derived from her flying the same aircraft and route that her husband had flown until eight years earlier, when an accident paralyzed him.

Female fighter pilots have established their place in India, but they keep challenging gender-role stereotypes. Recently, 30-year-old Suman Sharma became the world’s first woman to fly a MIG-35 fighter jet at an international air show. Sharma is a flying instructor at the prestigious Indian Military Academy in Dehra Dun.

Yugratna Srivastav, a 13 year old, represented the youth of the world in her address to global leaders at the U.N. Climate Change Conference in New York City in September. She drew attention for becoming the first Indian member of the U.N. Environmental Program Junior Board. But her gender elicited no commentary in India . The fact that she was a female child in a country where so may girls are still vulnerable indicates the vast differences of expectations and opportunities that exist among and between girls and women in India.

Just as in the United States, women in India have claimed an integral place in mainstream political and professional life and are now changing the rules of religious bodies.

Also as in the United States, this has not decreased violence against women or many common forms of discrimination.

There’s plenty of work ahead for women in India. (Just read Women’s eNews’ story about Indian maternal mortality published a few weeks ago.)

However, the acceptance of women’s equality in powerful institutions across the social spectrum is driving enough social change to lift the prospects of women still trapped inside the fort of gender inequality.

Jael Silliman, based in Kolkata, India, is a feminist activist, scholar and the author of several books on feminist topics. 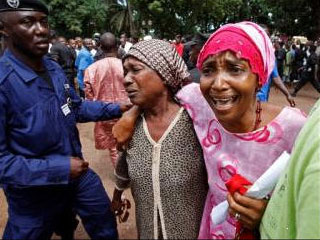 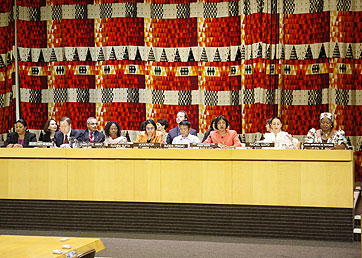