Remnants of the “marital rape exemption” still exist in many states’ laws, even though all 50 states now criminalize spousal rape. Plea bargains can also lead to more lenient sentencing. Caroline Johnston Polisi looks at how these laws have changed.

(WOMENSENEWS)–The scars on Regan Martin’s wrists are a painful reminder of a past filled with violence and fear. While handcuffed behind her back, Martin’s husband brutally beat and raped her, leaving her bloody, bruised and severely injured on the floor of their Crete, Ill., home.

The 2005 incident began, police reports say, after Martin refused to have sex with her husband John Samolis.

Sadly, Martin’s story is not uncommon among American women. Studies indicate that between 15 and 25 percent of all married women have been victims of spousal rape and some scholars suggest that this type of rape is the most common form in our society.

Unfortunately, for survivors like Regan Martin, modern U.S. law still retains vestiges of a misogynistic past.

The so-called “marital rape exemption” has been embedded in the sexual assault laws of our country since its founding. In its most drastic form, the exemption means that a husband, by definition, cannot legally rape his wife. The theory goes that by accepting the marital contract, a woman has tacitly consented to sexual intercourse any time her husband demands it.

The concept dates back to 18th century common law, and was articulated by English jurist Matthew Hale as follows: “The husband cannot be guilty of rape . . . for by their mutual matrimonial consent and contract, the wife [has] given up herself in this kind unto her husband, which she cannot retract.”

Over 200 years later, American lawmakers were not ready to do away with the marital rape exemption, as shown by the Model Penal Code. Drafted in the 1950s, the code states that: “Marriage . . . while not amounting to a legal waiver of the woman’s right to say ‘no,’ does imply a kind of generalized consent that distinguishes some versions of the crime of rape from parallel behavior by a husband. . . . Retaining the spousal exclusion avoids this unwarranted intrusion of the penal law into the life of the family.”

States embraced the Mode Penal Code’s endorsement of the marital rape exemption. In North Carolina, for example, until 1993, the penal code’s definition of rape noted that a person could not be convicted of the crime of rape “if the victim is the person’s legal spouse at the time of the commission of the alleged rape.”

Victim’s rights advocates, lawyers and politicians fought tirelessly to reverse these laws across the country.

In 1976, Nebraska became the first state to abolish the marital rape exemption. Other states slowly followed.

The New York case, People v. Liberta, illustrates the modern repudiation of the doctrine. In 1984, the New York State Court of Appeals finally decided that there was no basis for distinguishing between marital rape and non-marital rape. The court noted that “a marriage license should not be viewed as a license to forcibly rape [the defendant’s] wife with impunity” and struck the marital exemption from the statue in question for violation of the state and federal Constitution.

Currently all 50 states criminalize spousal rape, but remnants of the marital rape exemption are still present in many states’ laws. Most states, like California, for example, define spousal rape as a separate offense than stranger rape.

Evidently, Regan Martin’s husband believed that spousal rape should not be considered a crime at all. He exhibited a commonly held assumption among perpetrators of the crime: that husbands have property rights in their wives’ bodies.

“He thought he had every right to do what he was doing because he was her husband,” Cherry Simpson, Regan Martin’s mother, told Women’s eNews.

However, since Illinois law has abandoned the spousal rape exemption in cases of forcible or violent rape, Samolis was initially charged with unlawful restraint, sexual criminal assault (rape) and aggravated domestic violence.

But the case never made it to trial.

Plea bargains can be useful because they allow governmental prosecutors to make practical compromises in cases they believe might not prevail in court. They are also used in cases in which gathering evidence would be too costly and time consuming, saving taxpayer dollars and preserving judicial resources.

But Regan and her family believe that in cases of alleged rape, plea bargains should never be allowed.

“Rape is rape and to plea bargain it away is unacceptable. This is just an epidemic for judicial expediency,” said Simpson.

Samolis accepted a plea bargain in Regan Martin’s case. He agreed to plead guilty to the lesser crime of aggravated domestic violence and in return the district attorney would drop the rape and unlawful restraint charges.

The news that Samolis would not be prosecuted for the rape devastated Martin and her loved ones. Samolis ultimately served 19 months in prison for the aggravated domestic violence charge. The average time served for a rape conviction is about five years, according to a U.S. Department of Justice Study.

In response, Martin and her family are working with Illinois Congresswoman Debbie Halverson, a Democrat, to draft a bill that would prohibit prosecutors from offering plea bargains to alleged rapists.

A spokesperson for Halverson’s office said the Congresswoman is “trying to figure out a legislative solution to this problem. Because of the nature of the laws involved, at this time we are not sure whether this needs to be addressed in the federal jurisdiction or state jurisdiction level.”

Regardless of whether or not the bill gets passed, Regan Martin’s story and her fight for the evolution of criminal sexual assault laws is a powerful reminder of how far the United States has come in terms of spousal rape jurisprudence and, perhaps, of how far we still have to go.

Caroline Johnston Polisi is an attorney in New York City. She has volunteered for Sanctuary for Family’s Courtroom Advocates Project, helping victims of domestic violence obtain temporary restraining orders against abusive husbands in the Bronx and Manhattan Family Courts. The project seeks to educate victims about the legal remedies available, assist them with safety planning, help them draft petitions and advocate on their behalf before judges. 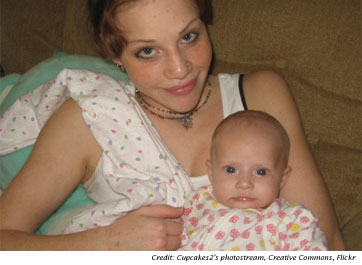