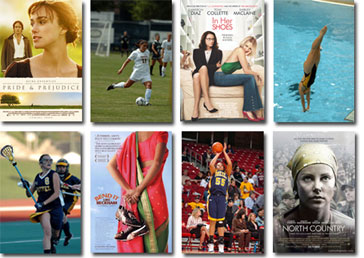 Media inattention to Women’s History Month doesn’t stop there. It extends to such deadly horrors as sexual violence in war-torn areas of the world. Ariel Dougherty says that’s why she’s spearheading a new way of funding women-focused media projects.

(WOMENSENEWS)–At the beginning of this month, more than 869 events for International Women’s Day and Women’s History Month were listed on the Web site InternationalWomensDay.com.

On March 3 the White House issued a press briefing on the importance of Women’s History Month.

Every five years the Global Media Monitoring Project surveys mainstream print and broadcast reporting. Women may well hold up half the sky, but its most recent report, in 2005, found a mere 21 percent of news stories are concerned with the too often life-threatening stories about women’s lives and issues.

Last week, a Women’s eNews panel event on media inattention to the eastern part of the Democratic Republic of Congo, where a low-grade but virulent resource war is subjecting local women to systemic and horrifying sexual violence, offers a case in point.

The special guest was Chouchou Namegabe, founder of the South Kivu Women’s Media Association, which gathers and publicizes the stories of the survivors. Earlier this month Namegabe won a global leadership award from Vital Voices at a splashy ceremony, complete with pictures posing with Hollywood star Ben Affleck in People magazine.

That was all very nice, but the main speaker didn’t seem dazzled. At the WeNews panel–co-hosted by the Committee to Protect Journalists, Global Information Network, Vital Voices and the Women’s Media Center–Namegabe expressed a sense of bewilderment at the international media’s neglect of the suffering of local women.

To the extent such situations are calling upon world attention, it is often falling to women-centered media outlets in the United States and the world, many of which are getting by with meager resources.

Collaborating for Coverage and Funds

To address the problems of under-coverage and funding, the Women’s Media Equity Collaborative, currently focused on women’s alternative media in the United States, received a grant from the Social Science Research Council to begin to change this picture.

Our goal is to increase resources for U.S.-based women’s media organizations and raise up the entire field.

The point is to energize a movement, enhance the many and revise a competitive funding structure that pits one against another.

Cooperatives present a model, such as SEWA, the Self Employed Women’s Association in India, or food cooperatives in the United States. But really we are staking out new ground–because the community has demanded to be met on its own terms–not those of funders.

The range of women’s media includes "Issues for Your Tissues," Women in Media and News, Beyondmedia, FlipFloppingJoy.com, Uprising Radio in Los Angeles and womanist blogs such as Racialicious and Young Women’s Empowerment. And, of course, the award-winning Women’s eNews, publishing this article.

Starting first with the core of groups historically identified by the Women’s Institute for Freedom of the Press, the Women’s Media Equity Collaborative is now surfing the Internet to compile a database of approximately 350 women-centered media organizations and outlets.

Once completed we intend to mount the database on the Internet in a fully searchable format.

At the same time, we will survey our participants that self identify as media serving the interests of women to gather data documenting their program needs and fiscal status enabling us–for the first time–to build bridges among diverse media outlets.

As we received our grant from the Social Science Research Council (which re-grants funds from the Ford Foundation) at the end of June 2008 the excitement among women’s media groups was palpable, acknowledging the collective steps this process meant for all organizations.

Now with the economic crunch hitting the community hard, organizational survival has reached new levels of stress. As the economy continues to shed jobs at rates unseen since the 1930s, many more women’s media organizations will be hard pressed to meet budgets while providing essential woman-centered news.

Yet, the need is greater than ever.

On July 16, 2009, the Women’s Media Equity Collaborative is hosting a summit for women-centered media justice organizations at the start of the Allied Media Conference in Detroit.

The summit should help establish priorities for women’s media organizations.

It also offers a chance to open communication among the different groups and begin the important work of building trusting relationships.

We also hope it will stimulate collaborations that will help attendees make better use of their scarce resources.

We will then approach the growing numbers of socially conscious donors to seek their support for a new fund to sustain the basic needs of women-centered media.

While our $30,000 grant from the Social Science Research Council covers basic project needs, the collaborative still seeks funds to subsidize women’s attendance at the Detroit summit. The more women able to attend this world-premier event the more likely is our success.

Important update: By the time you read this, at least 902 events have been logged on to International Women’s Day!

Ariel Dougherty, who wrote this article, initiated and coordinates the Women’s Media Equity Collaborative project. She co-founded Women Make Movies in 1969. National Radio Project is the fiscal sponsor for the collaborative. The other partnering organizations are Chica Luna Productions and Digital Sisters. Lisa McLaughlin, associate professor in communications and women’s studies at Miami University (Ohio), and Susan F. Feiner, professor of economics and women’s studies at University of Southern Maine, are the two academics on the project.

Note: Women’s eNews is not responsible for the content of external Internet sites and the contents of Webpages we link to may change without notice.