Barack Obama is willing to stand up for what’s right–such as paid leave and opposition to the war–even when it isn’t popular. Ellen Bravo says that’s just one reason why she and other women’s rights activists are choosing him over Hillary Clinton.

(WOMENSENEWS)–I first met Sen. Barack Obama in May 2005. As coordinator of the Multi-State Working Families Consortium in Washington, D.C. I helped his Senate policy director organize a meeting of 35 activists working for paid sick days, family leave insurance and other policies that benefit women by valuing families at work.

Usually in these situations, elected officials drop by for three minutes to tout their leadership and express interest in the outcome. We were in for a surprise.

Obama had flown to Chicago that day for the immigrant rights’ march. Not only did he get back in time for our meeting, he sat down and chatted with us for half an hour. He talked about the struggles he and his wife faced raising two small children; nothing like those of low-wage workers, he said, but alerting him to what it would be like if shortage of resources were added to shortage of time.

We’d been asking for his support for the Healthy Families Act, a bill that would create a new minimum standard of seven paid sick days. “What do you say when small business owners tell you they can’t afford this?” he asked. “We tell them they can’t afford not to,” we replied, laying out the benefits to business of lower turnover and productivity. We also outlined the costs to families and to individual and public health when people are fired for being sick or caring for a sick child. Soon afterwards, Obama signed on to the bill, which has not yet been passed by Congress.

That meeting didn’t win my vote. But it did win my attention.

I hadn’t intended to declare support for a candidate during the primaries. Like many women’s rights activists supporting Obama, I’d love to see a female president.

Anyone who thinks gender doesn’t matter hasn’t seen Atlanta Mayor Shirley Franklin or Wisconsin Lt. Gov. Barbara Lawton before a room full of women hungry for solutions to low pay, unfair treatment and lack of time to urinate, much less care for loved ones. Women are looking for political candidates who get these issues, who see women not as a “special interest” group but as essential to family and national security: candidates who will not just support but champion solutions.

I also know the under-representation of women in political positions has nothing to do with talent or merit. A woman in the highest job would inspire many more women to push against the barriers.

And I’m outraged at the sexist treatment of Sen. Hillary Clinton in the media. We all must expose it and demand an end to it regardless of whom we vote for.

But like many women’s rights activists supporting Obama, I also understand that male supremacy does not stand apart from white supremacy or any other form of injustice. People of color of both genders have been excluded from power. Any form of oppression that profits the powers-that-be (the ones I call the Big Boys) and allows them to maintain the status quo hurts women. Every challenge to that domination helps women.

Like many other women’s rights activists, I decided to support Obama as someone who offers a greater opening for tackling injustices faced by a wide range of women.

Both Candidates Beat the President

In Hillary Rodham Clinton and Barack Obama, voters have a choice between two smart, capable and energetic candidates, either of whom would be far preferable to the current president. Both will champion many of the changes we want to see, including fair pay, living wages, workers’ right to organize and new workplace standards so family values don’t end at the workplace door.

What tipped the balance for me are two key factors: the damage caused by the war in Iraq and my belief in grassroots organizing, rather than great leaders, as the primary instrument of social change.

How is the war a women’s issue, reporters ask me. How is it not?

Women are among the troops; so are women’s loved ones. The war has squandered sums with more zeros that I can imagine–funds that could have gone instead to combat poverty, provide health care, rebuild schools and pay teachers an adequate wage, finance quality child care, repair infrastructure–all of this creating jobs and training opportunities.

And let’s not forget the war’s disastrous consequences on women in Iraq and on our country’s reputation in the world.

Clinton didn’t just make one bad vote. She was a persistent, vigorous and highly visible supporter of the war, a lack of judgment reinforced recently when she voted to classify the Iranian Revolutionary Guard as a terrorist organization.

Obama, on the other hand, opposed the war from the start, even though that position was unpopular in his state and he was already a candidate for the U.S. Senate.

I am also attracted by Obama’s vision that people need to be eager for change and active participants in the change we want to see, the very strength the Clintons either don’t get or deliberately misstate as “good oratory.”

Obama doesn’t just make people feel hopeful about the possibility of change; he inspires them to become part of that change, makes them feel it’s the only way we’ll get there. And in doing so, he’s motivating the base, reaching independent and swing voters and, perhaps most important, inspiring young people and many undecided-whether-or-not-to-vote voters, the people most affected by injustice who often feel their votes, and their lives, don’t matter in elections where money has so much sway.

This grassroots mobilization is precisely the opposite of the approach Clinton took with health care reform in 1992. Rather than listening to voters and building a consensus for change, she worked in a top-down, back room manner.

She owns up to that failure but not the reason for it.

Many of us wish the two leading candidates took stronger stands–like John Edwards and Dennis Kucinich have–against the role of lobbyists and in the effort to reduce poverty, which disproportionately affects women. Money still determines elections and that means no candidate is perfect.

But I believe Obama has the best chance of galvanizing grassroots movement and staying connected to it. And that message speaks to the many women in this country who are desperate for change.

Ellen Bravo is a long-time feminist activist and author who teaches women’s studies at University of Wisconsin-Milwaukee. Her most recent book is “Taking on the Big Boys, or Why Feminism is Good for Families, Business and the Nation.” 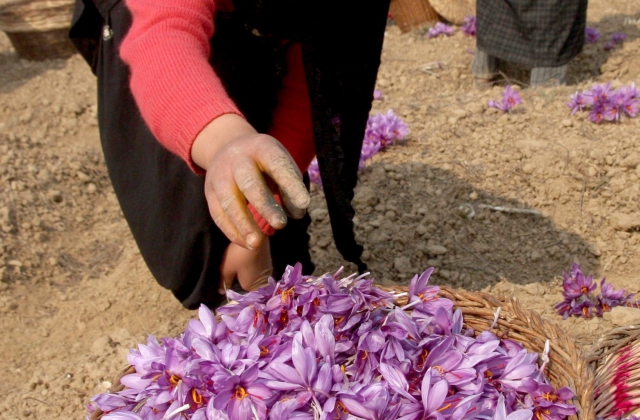