Even in rapidly developing India arranged marriages remain popular. These days, brides and grooms often match up online and the first people in the screening process may be professional detectives, not parents. First in a series on women in India.

NEW DELHI (WOMENSENEWS)–Arranged marriages continue to be a popular tradition in India, with over 90 percent of men and women between the ages of 17 and 25 in New Delhi and Mumbai approving of them, according to a survey by the Hindustan Times earlier this year.

The way these marriages get arranged, however, in the fast-changing urban centers–where a rapidly growing economy fuels women’s social mobility–are shifting with the times.

In the past, parents or relatives searched their own social networks for suitable prospects. Today family members and prospective brides and grooms themselves are often looking online, at matrimonial Web sites.

Sometimes these sites function as casual dating services but people often use them to look for potential husbands and wives, and parents are also becoming involved in the process. The sites offer a convenient alternative to the traditional matrimonial sections in the newspapers.

Since people who meet online know little about each other–nor do their relatives–the anonymity offers a huge potential for fraud and deception.

Bring on the detectives.

Private eyes say the most common courtship lies concern finances and past relationships and that requests for their services are steadily increasing.

Beyond the Rich and Famous

“The number has almost doubled in the last two years,” says Sanjay Singh, CEO of the New Delhi-based Indian Detective Agency. “Earlier it was just high-profile and very rich families that were engaging our services. But now it’s mostly the middle class.”

The number of premarital investigations, say detectives, is higher in arranged marriages, as opposed to when the betrothed choose each other. Most are driven by a booming online matchmaking industry, whose value rose to $22 million in 2006 from $14 million the previous year, according to a trade group report.

The total registration base of India’s biggest online matrimonial portal Shaadi.com was 9.1 million in January and the site reported that 720,000 marriages were started by them. Registration on another leading portal BharatMatrimony.com over the years is again nearly 9 million.

“In the present society, it is very necessary for the life and for the security of a person to get some kind of check done on a partner before marriage,” says Prashant Rana, marketing manager for Fireball Investigation Services, a division of Fireball Group in New Delhi. “But people don’t have that kind of time and resources to do a thorough check.”

New Delhi has over a hundred registered detective agencies and thousands of smaller one-man shows, and the Indian Detective Agency alone receives at least 30 inquiries a week for premarital investigations.

Investigations typically take between a week and 10 days and cost between $125 and $1,250, depending on the company and the depth of the investigation. Often families or prospective mates hire detectives for the first part of the screening process, when personal finances and character are the chief considerations.

The investigations are usually undertaken only once, at the point where the match is almost finalized, essentially a last step before the engagement. Considering that families now spend anywhere from $12,000 to $25,000 on a daughter’s wedding, the cost for a seven-day investigation isn’t considered too big an expense. Investigations are very discreet; only the parents are usually privy to the results, hence there is no shame or taboo if something negative turns up. Even if it’s all positive, the fact that an investigation was undertaken is not mentioned to anyone.

Investigators provide details about previous and present relationships, education, career and financial position. The family is checked out, too.

Experienced investigators, pretending to be on some other mission, get inside the house, talk to the family and try to establish what kind of people they are, how they treat others and, most important, how they treat each other.

In order to do this, detectives follow their subject’s every move. A team of several people monitor their target for every second of the seven or 10-day period, dressing up as rikshaw-wallahs, bouncers at a night-club or, as Rana recalls, even a cleaner in their doctor’s office.

“It’s human nature that within a span of seven days, you’ll repeat every habit,” says Rana. “If I have a girlfriend, once a week, I’ll go see her. If I drink, I’ll do it at least once a week. If I enjoy partying and going to clubs, again, I’ll do it at some point in the week. That’s why we do our surveillance for seven days. Within that time, we make the report.”

Most Clients Are Brides’ Families

Of the hundreds of cases that come to him each month, Rana says 80 percent are women or their parents who come in to have their future spouses investigated. This is due to the typical arrangement for women in India, who live with their parents until marriage and then move in with their in-laws.

Since women are required by tradition to live with their husband’s family, some consider it essential to know as much as they can about the family they’ll be spending the rest of their lives with. Men, on the other hand, are only concerned about past relationships and find a lesser need to hire detectives.

Regardless of the findings, the investigation is usually kept secret from the person being investigated. “It’s a sensitive issue,” says Singh. “If your prospective spouse finds out you’ve been sending detectives after him, he’s not going to like it. Simple.”

If the investigation turns out well, the woman and her parents proceed with the match. If it does not, there is rarely a confrontation, detectives say. Matches can be blown when major obstacles resurface from the past, or for small transgressions, such as lying about a smoking habit. Since the intended are not romantically involved, however, the parties cut their losses and move on.

Ankita Kohli, 23, a single advertising professional, disapproves of the trend. “You’re starting the relationship by questioning his very identity and then keeping it from him,” she says. “Because it’s a matter of life, take the control in your own hands and do the investigation yourself. There are so many ways of finding the truth about a person; why trust a second-hand source and risk your relationship in the process?”

Of the investigations undertaken by Fireball, Rana says about 40 percent of the people they’ve scrutinized have been “very dishonest” about their life and work.

One such case involved a man whose mother was certain the intended fiance was not being honest about her background and hired Rana’s company to verify her details. The investigation turned up a previous marriage and a son; the woman’s husband had left her and fled to Iraq.

“If the marriage had happened, it would have been a big problem for that family,” says Rana. “But the mother opted for verification, and they were saved.”

Mridu Khullar is a freelance journalist currently based in New Delhi, India. 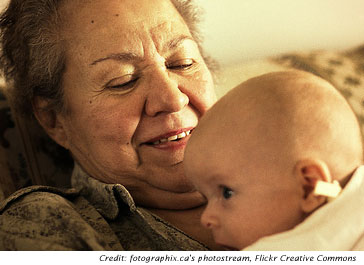