The international rights group Madre chastises the Bush administration for supporting Islamist groups and allowing an erosion of women’s rights in Iraq. Rape allegations directed at Iraqi forces are focusing the debate on U.S. involvement in Iraq.

The international rights group Madre chastises the Bush administration for supporting Islamist groups and allowing an erosion of women’s rights in Iraq. Rape allegations directed at Iraqi forces are focusing the debate on U.S. involvement in Iraq.

Sexual assault and other forms of violence against women, topics surrounded by cultural silence, are on the rise in Iraq, according to a report released today by Madre, an international women’s human rights organization in New York.

And the United States, according to the report, bears much of the blame.

After banning Iraq’s secular Baath regime in June, 2003, the U.S. government set a tight deadline to establish a new Iraqi democracy to justify its military action in the country.

To meet that self-imposed deadline, the U.S. government compromised its stated commitment to gender equality and negotiated with Islamic religious fundamentalists, who see women’s subordination as a precondition to a traditional social order, according to the report. Since gaining power, those Islamist officials have cracked down on women’s rights, leading to a wave of kidnappings, abductions, public beatings, death threats, sexual assaults, domestic abuse and so-called honor killings, again according to the report.

"We needed to set up something that people could point to and say this is fundamentally a democratic system and we needed the cooperation of these various Islamist groups," said Frida Berrigan, a researcher at the World Policy Institute, a New York think tank, who will speak to the issue today during a panel discussion in New York.

"Sure, there were Americans on the ground who had really good intentions. But women’s rights were sort of a bargaining chip in order to really get everyone at the table," Berrigan added. As a result, the new Iraqi government "had to function at this lowest common denominator."

‘A Lot of Things Have Been Done’

Leslie Phillips, a spokesperson for the State Department, declined to comment on the report. But she did say "a lot of things have been done" by the United States to push for greater freedoms for Iraqi women.

She pointed to a fact sheet issued last year by the State Department’s Office of International Women’s Issues that outlines administration efforts to support Iraqi women in the areas of politics, education, culture and the economy.

At the top of that list are Iraqi women’s political achievements. In January 2005, the fact sheet notes, women won 31 percent of the 275 seats in the country’s legislative elections for the National Assembly, the country’s transitional government. Eleven women served on the committee charged with drafting the country’s new constitution, which was approved in October 2005.

The new constitution set a 25-percent benchmark for female representation in Iraq’s National Assembly. Women are close to reaching that goal in the new Council of Representatives, one of the two legislative bodies in the National Assembly. According to the State Department, women hold 24 percent of the 275 seats in the chamber, which was called into session in March of last year.

"Our work to help build vibrant and functioning democracies in Afghanistan and Iraq is part of a larger effort to encourage progress across the broader Middle East," President Bush said last year in a March 7 International Women’s Day speech to political leaders–including women–from Iraq and Afghanistan.

"We refuse to accept the status quo in the United States of America, particularly when we find women repressed," he said. "As women become a part of the democratic process, they help spread freedom and justice and, most importantly of all, hope for a future."

"Contrary to its rhetoric and its international legal obligations, the Bush Administration has refused to protect women’s rights in Iraq," she write in the report. "In fact, it has decisively traded women’s rights for cooperation from the Islamists it has empowered."

Susskind pointed to the recent allegations of rape against Iraqi security forces as recent examples of U.S. involvement in Iraq that has given rise to violence against women.

In the first allegation, made on Feb. 19, a 20-year-old Sunni woman accused three Iraqi policemen of raping her after she was detained during a search of her house in western Baghdad, according to wire reports. A second allegation came to light on Feb. 22 in which four Iraqi soldiers were accused of raping a 50-year old Sunni woman and attempting to rape her two daughters.

The women made their accusations on television, sparking international attention.

"What stands out about that allegation is the fact that those accused rapists have been trained and armed and funded by the United States," Susskind said. "Most people in the U.S. would be horrified if they actually understood that the U.S. has been propping up forces in Iraq that have been committing these gross violations of human rights."

Statistics about the prevalence of violence against women is difficult to come by because the Iraqi government has not aggregated casualty data by gender, Susskind said.

But, she says, "across-the-board" anecdotal evidence proves what is widely accepted by international human rights organizations to be true: that violence against women has risen ever since the United States invaded Iraq in 2003.

A former journalist and human rights activist in the Middle East, Susskind, now communications director at Madre, has written extensively on women’s human rights and U.S. foreign policy. She is the sole author of the report, which grew out investigations into Iraqi women’s rights since 2003.

The wave of violence against women has its roots in the days before the invasion, when the Bush administration ignored warnings from women’s rights organizations that overthrowing the Baath Party would empower Islamist forces who seek to curtail women’s rights, according to Susskind’s report. Those warnings proved accurate, when two Shiite Islamist political parties–the Dawa Party and the Supreme Council for Islamic Revolution in Iraq–rose to power militarily and politically.

Their anti-woman views were cemented in Iraq’s new constitution, which declared Islam the official religion of the state and contained provisions that compromised women’s rights, Susskind said.

Meanwhile, the U.S. government backed Shiite Islamist militias to curb a growing Sunni insurgency. These groups–the Badr Brigade, the military arm of the Supreme Council for Islamic Revolution, and the Mahdi army, belonging to a political group led by the cleric Moqtada al-Sadr–are "notorious" for attacks on women, Susskind writes.

Preoccupied with the Sunni-led insurgency, the U.S. military has not been able to stem the rising tide of gender-based violence, according to the report. Meanwhile, girls have been kept out of school and women off the streets and increasingly out of jobs, leading to a public sphere dominated by men. So-called misery gangs and punishment committees enforce new restrictions on women’s dress and behavior with beatings and death threats, according to the report.

Honor killings–the murder of women for actions perceived to shame their families–have also risen, according to the report. And Iraqi women have been detained and tortured because of their gender, a phenomenon obscured by the U.S. government and overlooked by the international news media, Susskind writes.

Together, these factors have led to what Susskind calls feminicide, a condition where various forms of violence against women are carried out with impunity. 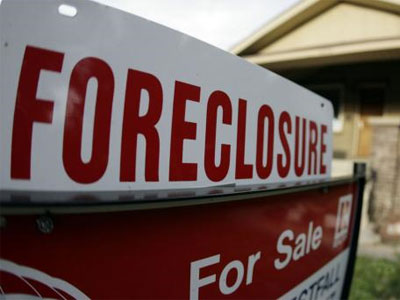 Hillary Gives Women a Mirror of Our Own Fears