WASHINGTON (WOMENSENEWS)–Supreme Court Justice Anthony Kennedy on Wednesday gave hope to pro-choice onlookers that he might rethink his earlier support for a controversial abortion ban that lacks an exception to preserve the health of the woman.

Justices reviewed a similar ban Wednesday that was signed by President Bush three years ago but has been held back by ongoing legal challenges.

There was a real openness among the justices, said Cecile Richards, president of the Planned Parenthood Federation of America. “We think it went incredibly well.”

In the absence of former Justice Sandra Day O’Connor, the legendary centrist who retired earlier this year, Kennedy has emerged as the pivotal swing vote on the issue of abortion and is expected to hold the deciding vote in a pair of hearings to determine the constitutionality of the federal Partial Birth Abortion Ban Act of 2003.

But abortion opponents are also confident. “The numbers would indicate that it should come out at least 5-4” in favor of the ban, said Jill Stanek, an Illinois nurse who supports the ban.

Stanek counts four justices who are likely to vote to strike down the ban. They are Stephen Breyer, Ruth Bader Ginsburg, David Souter and John Paul Stevens. Two others–Antonin Scalia and Clarence Thomas–are reliably anti-choice and likely to uphold the ban, she said. She presumed that Roberts and Alito will side with Scalia and Thomas.

Called the Partial-Birth Abortion Ban by its proponents, the law is also commonly mistakenly referred to as a late-term abortion ban.

Backers of the ban say the law would apply only to a rare procedure in which a physician partly delivers an intact fetus and compresses the skull while it is still inside the womb.

The procedure is known medically as “intact dilation and extraction” and is performed in the second trimester to reduce health risks to the woman.

Opponents of the ban, however, argue that the law’s vague language could chill doctors from performing other kinds of second-trimester abortions and potentially criminalize virtually all abortions after 12 weeks. The term partial-birth abortion is a political soundbyte, they say, that has no actual clinical meaning, a position endorsed by many medical groups.

Six years ago, Kennedy ruled favorably on the constitutionality of a similar abortion ban but was outvoted by the O’Connor court. But as Kennedy pressed attorneys on both sides of the case, pro-choice onlookers took hope that he will not reflexively support the 2003 federal ban, which like the 2000 state law does not contain an exception to preserve the health of the woman.

“Is there anything in the literature, including medical literature, that talks about minor or significant risks?” Kennedy questioned Solicitor General Paul Clement, who represented the government during both proceedings. “I mean, you fill out forms when you go to the dentist about risks. Now, if the chance of death is one out of 100, is that significant? I mean, I don’t know.”

He then asked about the risk to women–especially to those who have cancer or pre-eclampsia–of puncturing the uterine wall during abortions that the government argues do not fall under the aegis of the ban.

“I felt Justice Kennedy, just like the other justices, was paying a great deal of attention . . . to the risks to women,” said Priscilla Smith, director of the domestic legal program at the Center for Reproductive Rights in New York and the attorney who represented Dr. Leroy Carhart in Tuesday’s first oral arguments in the case, Gonzales v. Carhart.

Dr. Carhart is a gynecologist and obstetrician who operates an abortion clinic outside Omaha, Neb. He sued U.S. Attorney General Alberto Gonzales in this case.

“I think his questioning indicated that he has very serious concerns that this law would take away from women significantly safer options and would expose them to serious health risks,” added Eve Gartner, an attorney for the New York-based Planned Parenthood Federation of America who argued Tuesday’s second oral argument before the court in the case, Gonzalez v. Planned Parenthood Federation of America.

The court heard the hearings on the same day because they dealt with the same law.

The two new justices offered few cues to their leanings.

Roberts, like Kennedy, engaged in a serious discussion throughout the two hours of arguments. Alito, who is presumed to oppose abortion, did not utter a word.

In 2000, the Supreme Court struck down a similar state law by a 5-4 majority.

In that case, Stenberg v. Carhart, the majority found a law passed by the Nebraska state legislature unconstitutional because it did not contain an exception for the health of the woman. The majority also faulted the law for its vague language, which justices said might affect other second-trimester abortions. Don Stenberg, the then-attorney general of Nebraska, was sued by Carhart.

Kennedy dissented from the majority. He argued that the Nebraska state ban did not pose an “undue burden” on women seeking abortions and rejected the notion that all abortion restrictions must require health exceptions.

In 2003, Congress passed the Partial-Birth Abortion Ban Act as a direct challenge to the Supreme Court’s 2000 ruling in Stenberg v. Carhart.

Immediately after the ban was signed into law by President Bush, several abortion rights groups filed three lawsuits–in New York, San Francisco and Nebraska–challenging its constitutionality. All three district courts held the law unconstitutional, rulings that were upheld in three federal appeals courts. In striking down the ban, judges cited the law’s lack of a health exception for the woman and its vague wording.

Those rulings prompted the Bush administration to appeal to the Supreme Court.

Pro-choice activists hope the Supreme Court will hew to the precedent set in 2000. “The federal statute has the same flaws as the Nebraska law,” said Nancy Northup, president of the Center for Reproductive Rights.

She also noted that the pro-choice case is bolstered by a greater abundance of medical evidence supporting the thesis that the law bans procedures that are the safest option for some women whose health is endangered by pregnancy.

But abortion opponents are hopeful that Kennedy will join Roberts and Alito to create a new majority and vote to uphold the federal law. They cite congressional testimony that intact dilation and extraction is never medically necessary because there are safer alternatives. In fact, they assert that it is actually dangerous to women’s health.

Opponents of abortion rights also took note of Kennedy’s earnest, sustained discussion of the issue, but they said he did not reveal an opposition to the ban.

“The justices, the majority of them, were very intent,” said Anita Staver, president of the Liberty Counsel, a public interest religious law firm in Orlando, Fla. “But you couldn’t necessarily make out what they felt.” 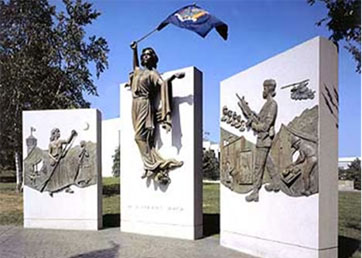