Monika Bauerlein and Clara Jeffery will share responsibilities and the role of editor in chief at Mother Jones, the muckraking progressive magazine. The two women tout the advantages of a strategic partner and body double.

(WOMENSENEWS)–Two heads are better than one, the saying goes. At Mother Jones magazine they’ll be putting that to the test.

While not unprecedented, the appointment of co-editors in chief is unusual. Only two other such partnerships at national magazines come to mind: Michael Ruby and Merrill McLoughlin co-edited U.S. News and World Report in the early 1990s; Robert Silvers and Barbara Epstein co-edited the New York Review of Books from its founding in 1963 until Epstein’s death in June.

Almost as unusual is the appointment of one woman–let alone two–to the position of editor in chief of a “thought leader” magazine, a publishing industry term for a select group of magazines–such as the Atlantic, the National Review or the Economist–that attempt to guide public discourse of national policy issues.

Bauerlein, 41, and Jeffery, 38, pitched the idea of co-editing to Mother Jones Publisher Jay Harris and the nonprofit magazine’s management board at the Foundation for National Progress.

The two women had already served as interim editors over a period of several months in 2005, and they had collaborated on many of the magazine’s recent big projects, including a cover story on Exxon Mobil’s funding of climate change skeptics, which was nominated for a 2006 National Magazine Award. After proving their partnership in the ranks, the Mother Jones hierarchy was sold on their arm-in-arm ascent to the top post.

“I was intrigued by the notion as soon as I was pitched on it,” Harris says. “Whereas in the abstract I might have had a general bias against two-headed things, the fact is both Monika and Clara have been at Mother Jones for a while, and both of them have very impressive track records.”

Reaction to the co-editorship by others in the industry has been mixed.

Manhattan’s celebrity and media blog Jossip.com called the appointment “ultimately sexist” and asked if Bauerlein and Jeffery would get “half Rymer’s salary, too” in its headline. “Of course it takes two women to do the job of a man,” Jossip suggested sarcastically. (For the record, both get full salaries.)

Men, in particular, seem to have a hard time seeing how power sharing at the top can work, Bauerlein says. In general, women have said of the idea, “Oh yeah, that sounds interesting. I can see how that would be really cool,” while many men have responded, “No way. Can’t do that. There’s got to be one person in charge.”

Bauerlein and Jeffery tout the benefits of having a strategic partner and a body double. They both plan to keep working with their own Rolodex of writers and both will attend most meetings. Bauerlein, the parent of two pre-school aged children, says she will relinquish some travel responsibilities to Jeffery.

“One of the great things about this is you get to bounce ideas off the other person and refine your thinking, whether it’s about story, or a business approach, or what needs to be our priority in the next couple months,” Jeffery says. “Which exists at most places, it’s just not acknowledged.”

There will be challenges. Like when they disagree. Which doesn’t happen that often, they say, likening their relationship to that of an old married couple who finish each other’s sentences.

Bauerlein and Jeffery are juggling their previous jobs and the new job for now. Bauerlein, who joined the magazine in 2000, was promoted from investigative editor. Jeffery has served as deputy editor since 2002. “At the moment, it’s two people doing one and a half jobs each,” Bauerlein says.

Asked whether she’s bucking the trend of senior career women “opting out” before they get to the top to make more room for family time, Bauerlein shrugs.

Female editors are at the top of many magazines and newspapers but until now only three women have topped the mastheads at four thought-leader magazines: Tina Brown at both the New Yorker and Vanity Fair; Katrina vanden Heuvel at the Nation; and Deirdre English, also at Mother Jones from 1981 to 1986. The addition of two more women increases the total by half, Bauerlein and Jeffery joke, although they’re quick to add that influential women lead many other publications and Web sites.

The Bauerlein-Jeffery co-editorship helps to further debunk the stereotype that women are only interested in “soft news” and “women’s news,” says Jennifer L. Pozner, executive director of the New York-based education and advocacy organization Women in Media and News.

Women Scarce in the Copy

Women are still scarce, not only at the top, but in the pages of thought-leader magazines. Using statistics gathered by the Web site WomenTK.com–where Glamour’s deputy editor Ruth Davis Konigsberg tracks female bylines–Jeffery noted in a Mother Jones piece last December that women had just 24 percent of the bylines in five prominent magazines between September and November of 2005.

A deeper look at the statistics, Jeffery wrote, showed that about a third of those female bylines were for fiction or memoir, or on topics like family or work-life issues. During the same period, women had 41 percent of the bylines at Mother Jones.

“We will continue to sort of really keep our eye out for up-and-coming women writers and try to include women wherever we can,” she says.

Jeffery says the racial disparity in magazine leadership is even more notable. “The racial divide is appalling. If you go to the National Magazine Awards, there’s this huge ballroom full of people and there’s a handful of African Americans or others there.”

“I think we would be looking at Mother Jones much more as a journalism operation that produces in-depth journalism that sometimes shows up in print, sometimes online, and also shows up in both places in slightly different or very different forms,” Bauerlein says.

J. Trout Lowen is a freelance writer and editor living in Minneapolis, Minn.

Women in Media and News:
http://www.wimnonline.org/ 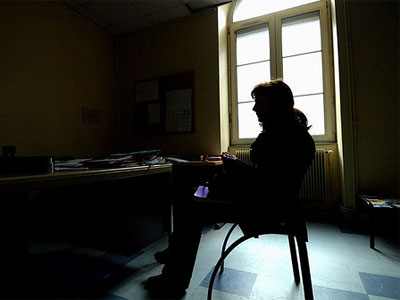