(WOMENSENEWS)–A century after Abigail Adams had admonished her husband John to “remember the ladies” in the creation of the new republic, legions of women knew they had not only been forgotten, but deliberately excluded. An organized women’s movement had been gathering force for almost 30 years. As the nation planned to gather in Philadelphia in 1876 to congratulate itself on 100 years of independence, women held bazaars and concerts in their towns and cities to raise funds.

Eighty-three-year-old Lucretia Mott rode in from the country with a picnic lunch for the National Woman Suffrage Association members–including 61-year-old Elizabeth Cady Stanton and 56-year-old Susan B. Anthony–assembled to plan strategy. The hope was that President Grant would use the Centennial Year to announce women’s suffrage.

It didn’t happen, but something else did. Barred from the exhibition hall, which displayed the accomplishments of the young country, women raised their own building on the fairgrounds, featuring machines driven by skilled female labor, including one that printed a women’s rights newspaper. Denied a place on the program and seats on the platform for the July 4 ceremonies, Anthony and four other women disrupted the proceedings. They distributed “The Women’s Centennial Agenda,” written largely by Stanton, which listed “articles of impeachment against our rulers”–and then staged a counter-Centennial outside Independence Hall.

“While the nation is buoyant with patriotism, and all hearts are attuned to praise, it is with sorrow we come to strike the one discordant note,” Anthony read from the platform. “The history of our country the past hundred years has been a series of assumptions and usurpations of power over woman, in direct opposition to the principles of just government, acknowledged by the United States as its foundation.”

None of the women who spoke that day would live to see suffrage for women become part of U.S. law.

Louise Bernikow is the author of seven books and numerous magazine articles. She travels to campuses and community groups with a lecture and slide show about activism called “The Shoulders We Stand On: Women as Agents of Change.” 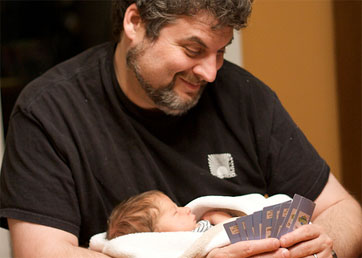