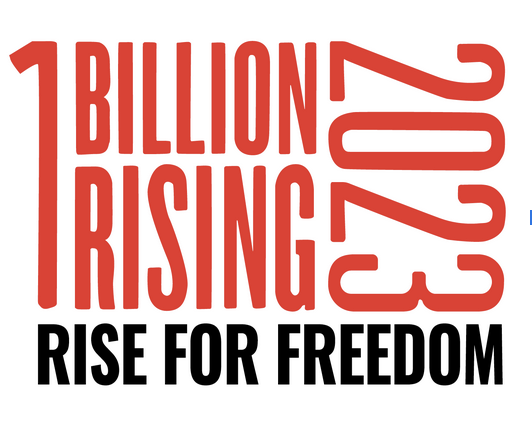 ONE BILLION RISING recently announced its 2023 theme and campaign: RISE For Freedom & to Create the New Culture.  The campaign addresses the devastating consequences of the ongoing vicious systems of patriarchy, imperialism, capitalism and racism in the world today and the destructive battle for power fought over women’s bodies and the body of the earth.

Created by a community of 47 One Billion Rising coordinators located across the globe, this year’s campaign will celebrate 10 years of OBR and urge communities worldwide to utilize art and activism, creative resistance events and gatherings, both online and offline, to demand an end to violence against women, girls and the planet and to shine a light on the rampant impunity and injustice that survivors most often face.

Events are taking place now and will continue through 22 April, Earth Day.

There is so much to celebrate in these last 10 years, including a new generation of activists continuing the legacies of women activists who devoted their lives to the movement. Millions of bodies dancing. An explosion of art. Crucial transformation.

But we know that the insidious and unjust tentacles of patriarchy are everywhere and strengthening still. We see and feel it – in fascist governments, in the tide of hatred and exclusion, in growing conservatism, in the normalization and gravity of misogyny, in the removal of women’s rights and agency, in the attacks on women’s human rights defenders, in the denial of history, in the banning of books, in the failure of institutions, in the criminalization and suppression of dissent, in the crisis of democracy, in the abuse of power, in the cruel decimation of the earth, in occupation, in endless wars, in labor exploitation, in oppressive cultures. Patriarchy is everywhere.

Like the Earth that is nearing a calamitous end, right now women, girls and those impacted by gender-based violence are in a STATE OF EMERGENCY.

That’s why we will not stop Rising until all people are free from gender-based violence. It is time to Create the New Culture, a culture where we collectively share in commitment to…

End violence towards the earth

Uphold cooperation rather than competition

Refuse outright the inequality of wealth

Embody the power of art and dance

2023 will be the year of INSPIRATION and ASPIRATION. A year of storytelling, building communities, strengthening solidarity, sharing dreams, planting trees, creating art, honoring women and the earth, and of dancing.

It is the year we will continue to ENVISION and CREATE new ways of being, seeing, living, loving and connecting. Of raising consciousness and deepening understanding. So that our freedom, our future, is rooted in truth, love, community, earth and body.

One Billion Rising for Freedom Launch Activities include: OBR coordinators from 18 countries in Africa will gather together for a virtual event to launch OBR 2023 as a region, highlighting what freedom means to them in Africa. OBR Zimbabwe will create a short documentary featuring many of the iconic people who have participated since One Billion Rising first began. In Hong Kong – domestic and migrant workers will hold a women’s festival as well as a series on “Freedom,” featuring images and videos released online. In Italy, actions include a social media campaign, a “name and shame” against people who openly hate women online, and a solidarity action with Italian female gymnasts who report having been abused and bullied by their coaches. In Congo, City of Joy will create and produce a radio program with the theme FREEDOM and launch the 2023 campaign at V-World Farm. OBR Croatia will hold a press conference in the best city theater, ZKM, featuring women activists, actors and directors. In Eswatini, a documentary collecting women’s voices from different sectors will be produced, featuring the voices of women on what visions for an equal system of government and an end the scourge of violence against women, a call for a humane socio-economic environment for all and rising for freedom. The Raise Yuh Voice Jamaica movement will include the voices of LGBTQI+ who identify on the spectrum of non-binary and gender fluid as they rise for Freedom of Mind, Body, Food, Water, Earth, and All Beings. OBR Lesotho marched at Maseru in collaboration with an LGBTQI organization to raise awareness on violence experienced by transgender communities and will continue with celebrations and commemorations of women survivors, mental health, equal rights, and more through their official launch on 14 February. In Japan, activists launched with Let’s Walk Purple Road where they walked Omotesando road in Shibuya Ward, dancing “Break the Chain” to appeal for the prevention of gender-based violence. Serbia launches on with two self-defense workshops and a Rise for Freedom street action followed by the song “Break the Chain” and a “women’s graveyard” performance on the topic of femicide, as well as other street actions in numerous other cities across Serbia.

About One Billion Rising

1 in 3 women across the planet will be beaten or raped during her lifetime. That’s ONE BILLION WOMEN AND GIRLS. One Billion Rising is the biggest mass action to end violence against women (cisgender, transgender, and those who hold fluid identities that are subject to gender-based violence) in human history. One Billion Rising activists worldwide mobilize, engage, awaken and join people across the planet to end violence against all women and girls.

Read about the 2023 theme: https://www.onebillionrising.org/about/campaign/

V-Day is a global movement to end violence against women, girls, gender expansive people and the planet. For 25 years, V-Day has unleashed vast grassroots, anti-violence work that has been survivor-led and focused, revealing the power of art and activism to change culture and systems. Founded by V (formerly Eve Ensler), activist and author of The Vagina Monologues, V-Day has raised collective consciousness about how violence and gender intersect. The movement has raised over $120 million for grassroots anti-violence groups, rape crisis centers, and domestic violence shelters.  Campaigns include City of Joy, a revolutionary center for women survivors of gender violence in the Congo; One Billion Rising, the largest mass action to demand an end to violence against women in history; and Voices, an audioplay and campaign grounded in Black women’s stories of the African continent and diaspora. Visit vday.org. 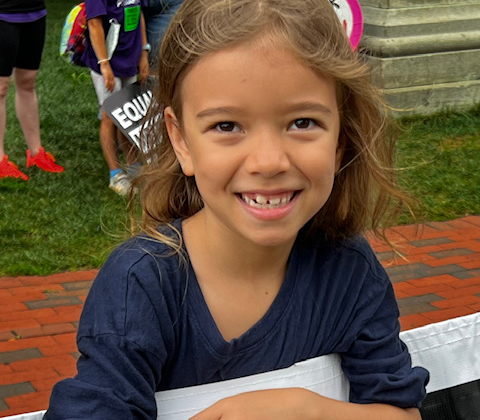 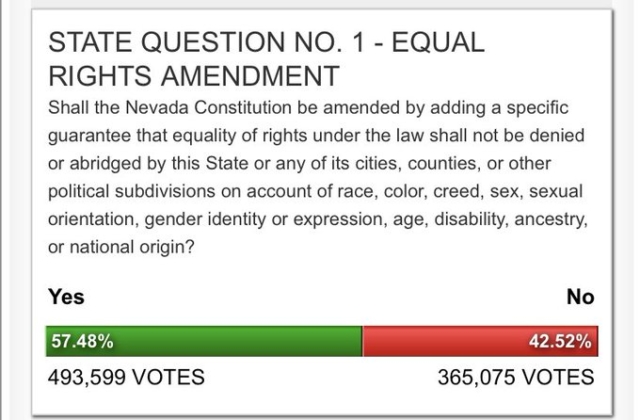 Nevada’s Universal Equal Rights Amendment: The First, but Certainly Not The Last