What If The Fetus is Female?

File it under: “We should have seen this coming!”

This is a republished commentary from our Executive Director and Editor-in-Chief, Lori Sokol, who wrote in January, 2019, about the increasing onslaught to women’s reproductive rights by Republican leaders.

File it under: “We should have seen this coming!”

The GOP only cares about protecting females inside the womb, but not out!

Arriving in Washington, DC, one day early to march in solidarity with other women and male allies in protest of the current administration’s anti-women policies on January 19, 2019, it quickly became clear that I was not the only one who wanted a full day to prepare. The overcrowded taxi-stand outside Union Station amassed a seemingly endless line of out-of-towners, each of us standing impatiently amidst frigid temperatures and falling snow for what seemed like hours, awaiting taxis of which there were clearly not enough.

But then the real outrage began.

Anti-choice extremists had just completed their ‘March for Life’ demonstration that afternoon, returning on buses to Union Station en masse, still cheering, while raising their arms holding misguided signs that read, ‘A person’s a person no matter how small’ (I don’t think a person’s size was ever really at issue), ‘Life begins at conception and ends at Planned Parenthood’ (Planned Parenthood actually saves the lives of hundreds of thousands of people by providing breast exams, pap smears and, even, thousands of vasectomies per year), and my personal favorite, ‘The end of storks means the end of life.’ (I don’t think the man who held up this sign understands how babies are made, but I digress).

Yet my outrage had still not reached its peak until it became glaringly obvious that a significant number of these ‘March for Life’ protestors were male. This seemed particularly poignant since they had traveled from far and wide, on a workday, and in the frigid cold, to march outdoors to help ensure that our elected officials force all women to carry all fetuses full-term.

That’s when I thought to myself, “Even if the fetus is female?”

Women in our country, and in most of the world, have forever been giving birth to inequality, due to the patriarchal systems men have put in place. Females are born into a world of gender injustice and socialized into gender norms as early as preschool. From the earliest age, boys are prepared for their future role as provider and protector, and girls as caregivers, thereby preventing girls from reaching their full potential. And when these girls become women, danger to their emotional and physical well-being only multiplies. They are likely to be rattled by sex discrimination, harassment and other forms of dangerous and unfair treatment, including sexual harassment, unequal pay, and limited career opportunities. In fact, the longer a woman lives, the higher the likelihood of her becoming impoverished.

The male protestors’ behavior therefore defies logic. Why would they march in defense of all fetuses, even when over half of them would be born female, knowing that so many of their protections would end once they are born? Could it be that they only care about protecting females inside the womb, but not out?

One would think so, since the current male-dominated Trump administration, which supports an extreme ‘anti-choice’ platform, has done nothing to help reduce the dangerous levels of discrimination females face throughout their lives. In fact, it has actually done the opposite. A number of our nation’s laws ensuring protection for women have either been reduced or eliminated in the last two years, including the Violence Against Women Act, which was allowed to expire thanks to the continuing government shut-down. Further, Title IX was recently changed to favor the accused (almost certainly male) over the victim (almost certainly female) in college sexual assault cases. The administration has also silently removed official information on sexual violence from government websites, thereby preventing women and men from receiving the information they need to learn about what constitutes sexual violence, and what legal actions a victim may undertake.

And while these rules and laws are hampering women’s ability to embark on futures free from sexual harassment, financial dependence, and deteriorating health, there is something even worse in the works: ‘Fetal Personhood Laws.’  These laws are being proposed, and passed, by an increasing number of states under the guise of ‘protecting’ the fetus. What these laws actually do is place the future of the fetus ahead of even the mother. As a result, a woman who terminates her pregnancy, or behaves in any way that could potentially jeopardize the health of her fetus, can be arrested and prosecuted. Currently, over 600 pregnant women in the United States have been charged with crimes under ‘fetal personhood’ laws, which have now been adopted in 38 states by anti-abortion lawmakers. Essentially, the ‘pro-life’ stance has become ‘pro-prison’ for women.

So it really boggles the mind why anti-choice legislators, and those who support them, would go to such extremes to defend and protect a fetus, even when the fetus is female, only to dismantle so many of her safeguards once she is born. It seems almost as if it’s not really the ‘sanctity of life’ the GOP and its supporters actually care about but, perhaps, something else…

Many supporters of gender equality and reproductive choice have contended that what is really at stake is men’s desire to control reproduction, thereby limiting women’s freedom. This reasoning, in fact, was used in a recent Iowa Supreme Court decision that rejected a 72-hour waiting period for women seeking an abortion. “Autonomy and dominion over one’s body go to the very heart of what it means to be free,” wrote Supreme Court Chief Justice Mark Cady, in his June 29, 2018, decision. “At stake in this case is the right to shape, for oneself, without unwarranted governmental intrusion, one’s own identity, destiny, and place in the world.”

So, regardless of the rhetoric asserted by anti-choice movement maintains, it appears that their true intention is to remove liberties and freedom for females once they are born…even if delivered by stork. 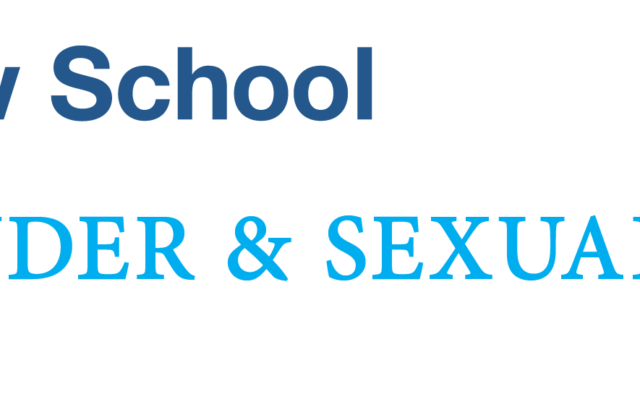 Want to Protect the Right to Abortion? Pass the ERA!

The ERA Project at Columbia Law School
May 5, 2022