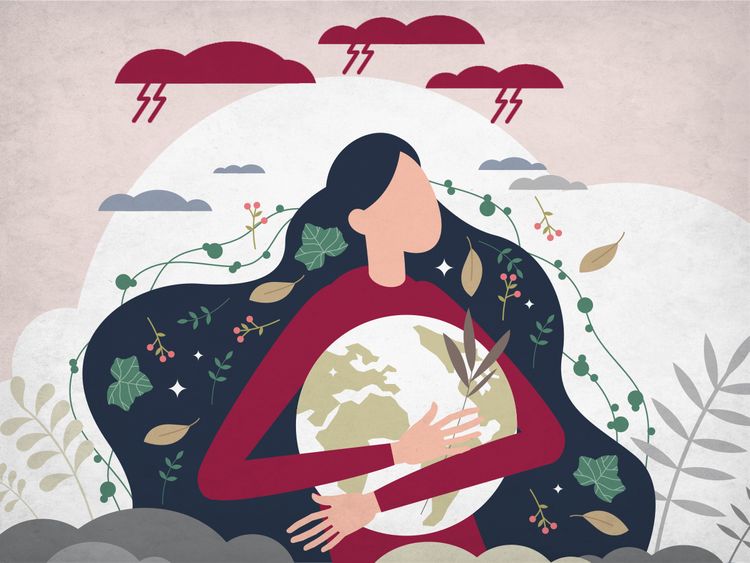 “We are ourselves part of nature, not its masters.’”

Senator Joe Manchin made his name as a climate justice villain. It’s the campaign message he ran on in 2010, defying President Obama’s climate legislation, and it’s the reason he has taken up so much space in our news feeds lately— Manchin has made it his mission to shut down attempts at environmental reforms aimed to mend the climate crisis.

He’s an easy bad guy to hate. Manchin embodies the conservative climate denier that so many of us have come to see on the oppositional side of the climate crisis. But Manchin is not the only thorn in the US’s approach to climate change; so is the community of Americans determined to believe that climate change is fake. There are undoubtedly problems, but there is a not-so-quietly growing movement of voices who have identified a much-bigger-picture issue in our current approach to the war against climate change.

Last fall, environmentalists Dr. Ayana Elizabeth Johnson and Dr. Katharine Wilkinson published All We Can Save, an anthology of essays, poetry and art that is still making waves for its somewhat radical approach to climate justice. The book jacket reads:

“There is a renaissance blooming in the climate movement: leadership that is more characteristically feminine and more faithfully feminist, rooted in compassion, connection, creativity, and collaboration. While it’s clear that women and girls are vital voices and agents of change for this planet, they are too often missing from the proverbial ‘table.’ More than a problem of bias, it’s a dynamic that sets us up for failure. To change everything, we need everyone.”

All We Can Save is a book about “climate feminism,” the movement that addresses the climate crisis and sexism in tandem. Upon its publication in 2020, Johnson and Wilkinson also launched a nonprofit by the same name, the All We Can Save Project, an organization that connects around climate justice work. “We’ve sensed that there is a real hunger for connecting with others around climate in a deep way that actually invites us to bring our whole selves emotionally, spiritually, in all the ways that we are people in the world,” says Madeleine Jubilee Saito, one of the book’s contributors and the creative director and operations lead of the All We Can Save Project.

The project includes “Circles,” a structured book club meant to enhance the anthology’s reading experience; events and panels discussing the book and ideas, and resources for people looking to engage in climate justice, including a page entitled, “resources for climate emotions.” The page embodies the central ideas behind climate feminism and, as the book jacket description notes, the importance of approaching climate justice with a feminine, as well as a feminist, lens. This translates to viewing the situation holistically: in order to address climate change, we must also understand what it means to address it within a patriarchal system.

“When you’re operating within patriarchy, you are not allowed to bring any sort of feelings or vulnerability to your work,” Saito continues. “You need to just be this ‘invulnerable action hero’ or ‘this brilliant objective scientist.’ A core part of feminism is honoring our human vulnerability…not accepting that you have emotions causes burnout and isn’t effective and leads to people bringing a lot of stuff to the work that isn’t helpful: a lot of ego driven stuff and a lot of unhealed trauma.”

The All We Can Save Project isn’t the first to address this issue. Dianne Dillon Ridgley has been an outspoken feminist, environmentalist and activist for over forty years. “There’s a very long legacy of things we have done as humans that have ignored the dignity and the rights of nature,” she says. For Ridgley, recognizing the larger legacy of harm that has led us to the current climate crisis helps to reframe how to best tackle it now. “If you only have a hammer, you tend to treat everything as a nail,” she continues, “So we’ve fallen into habits or patterns that may have made sense, but we have long passed the time in which they are in fact resulting— holistically— in a [net] positive for us. We have, for far too long, had a rather patriarchal approach to how we function in nature. And part of what is going to help us resolve the crisis that we’re in is to make a fundamental shift in that mentality, so it’s not an exploitative ‘take-make-waste’ kind of posture, but a ‘we are ourselves part of nature, not its masters.’”

Ridgely, All We Can Save and a plethora of other (mostly Indigenous) voices are pushing for a renovation of the approach to climate justice in its entirety. “What we need is a reframing away from ‘we’re fighting, we’re in conflict,’ instead towards, ‘we’re all dependent on each other,” Saito adds. “It’s not just one guy who’s gonna rise up and save us with his brilliant tech or whatever. It requires creativity and innovation and a kind of collective imagining, working together.”

What would climate justice look like if it were inherently inclusive? “When we look to nature,” Saito says, drawing on ideas from the anthology, “Often the most compelling examples of creatures working together to live well and to cultivate common safety happens when they’re working as a collective. Usually when it’s ‘one guy is saving us,’ it’s a guy and it’s a white guy.”

That approach simply hasn’t been working. An Axios article from 2019 pinpoints “global inaction,” defined as “rational, self-interested decisions of individuals that make the circumstances of the group worse, and vice versa,” as a major problem. The article further explains how the rational choice for an individual country can be a damaging choice for the planet. “Put another way,” the author, Amy Harder, writes, “What’s better for each individual country in isolation is actually worse for the planet as a whole. Conversely, what is worse for each individual country, over time would be better for the planet.” This reflects the problem of “climate patriarchy” in action—individual countries (or groups, or people) using reasonable, rational thinking to prioritize their own immediate wellbeing, while that choice damages the larger movement as a whole.

Instead, climate feminism supports people within the movement. For example, it has been found that social activism takes a toll on activists’ mental health, and it’s recently become increasingly clear that climate change takes a mental health toll of its own. When a movement recognizes the gravity of mental health issues, and structures are put in place to support them (like resources for climate emotions), activists and workers and politicians can do the work more effectively. A system of support around emotional and mental hardship results in a stronger, longer-lasting and more compassionate community.

Additionally, climate feminists tend to work in community, rather than in isolation, resulting in more impactful work. Instead of emphasizing individual action, they emphasize communal action and support, and actions that are meant to produce real change.

Climate feminism also addresses the fact that “isms” are interconnected (e.g. intersectionality). It deals with the reality that climate change is a “threat multiplier,” that it hurts poor people and women and people of color most, and it aims to support these higher risk populations while bringing their underrepresented voices to the table. And when that happens, outcomes have been shown to be statistically better, as witnessed throughout the pandemic response, crisis management and even in the health of disadvantaged communities.

To summarize, Ridgley believes that what is standing in the way of achieving even better results is that nature is still being treated similarly to the way patriarchy treats the world: something to conquer, to dominate, to use. Referring to the word ‘mother’ as a verb, she contends: “It’s time to mother earth.” 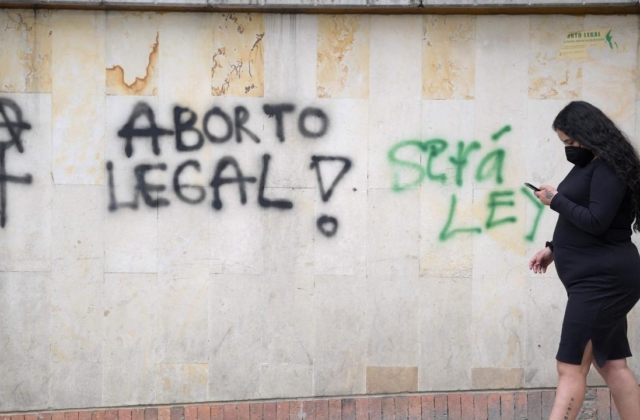 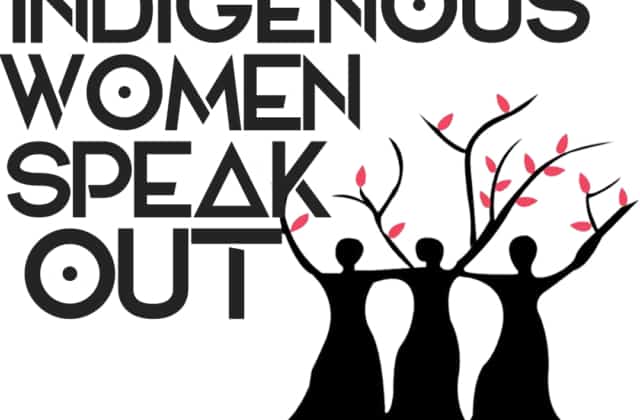