As the ERA gains renewed momentum and as sexual minority groups gain recognition and visibility in the sex equality movement, the same fear tactics that were used to stall the ERA in the 1970s and 1980s are being repurposed to once again pit women against each other, particularly when it comes to the Equality Act.

When the United States Constitution was written in 1789, its defining phrase “We the people” did not include women, LGBTQ+ people, people of color, or immigrants. In 2021, these groups, among others, still lack fundamental equality under the law. Two pieces of legislation are pending in Congress that would strengthen legal protections against sex, sexual orientation, and gender identity- based discrimination: the Equal Rights Amendment (ERA) and the Equality Act.

The United States is an outlier among modern democratic countries in not including these protections in our constitution and laws. Nevertheless, the Equal Rights Amendment and the Equality Act remain controversial. As the ERA gains renewed momentum and as sexual minority groups gain recognition and visibility in the sex equality movement, the same fear tactics that were used to stall the ERA in the 1970s and 1980s are being repurposed to once again pit women against each other, particularly when it comes to the Equality Act.

This policy brief explains what the Equality Act and the ERA would do, how they can work together, and why we need both.

What is the Equality Act?

LGBTQ+ people face pervasive discrimination and lack basic equality protections under federal 12 laws and the laws of 29 states. The Equality Act would update existing federal civil rights laws by applying an inclusive definition of sex that encompasses sexual orientation as well as gender identity and expression. In 2020, in Bostock v. Clayton County, the Supreme Court held that Title VII of the1964 Civil Rights Act, which (among other things) prohibits employment discrimination based on “sex,” extends to discrimination against employees based on their sexual orientation and gender identity and expression. The Equality Act would codify the Supreme Court’s decision in Bostock and explicitly bring LGBTQ+ people under the protections of other sections of federal law, reaching beyond the workplace to public schools, housing, credit opportunities, juries, federally funded programs, and public accommodations (defined generally as public and privately-owned facilities that are open to the public).

As a starting point, the ERA would usher in changes in sex equality protections by:

How are the Equality Act and the ERA related and why do we need both?

The ERA and the Equality Act are mutually reinforcing pillars of equality. The Equality Act will modernize our civil rights laws and strengthen our democracy. In turn, as a constitutional protection, the ERA would insulate sex equality protections from the whims of Congress and changing political climates, and solidify the foundations of existing equality provisions in our laws as well as proposed laws such as the Equality Act. The history of the ERA movement shows why a broad and inclusive view of sex equality is so important. The same types of reactionary politics that stalled the ERA are being recycled by opponents of the Equality Act. The ERA was passed by Congress in 1972 with overwhelming bipartisan support and ratified by 30 states within one year. But shortly thereafter an anti-ERA movement gained momentum. By 1979, as the 7-year time limit initially imposed by Congress passed, the ERA was 3 states short of the 38 state ratifications needed to ratify the amendment in the Constitution. It was not until Nevada ratified the ERA in 2017, Illinois in 2018, and Virginia in 2020, that the ERA gained 38 state ratifications. The legitimacy of the time limit imposed by Congress and the validity of attempts by some states to rescind their prior ratifications of the ERA are contested issues that are currently being litigated in the federal courts and debated in Congress.

The anti-ERA movement of the 1970s succeeded through fear-mongering, appeals to sex and gender stereotypes, and by pitting women against each other. ERA opponents framed sex equality as a threat to traditional values and family structures in which women stayed at home to take care of their children and husbands. The ERA, opponents threatened, would legalize gay marriage, force women to get jobs outside the home, require women to join the military, and do away with gendered bathrooms, among other claims. Anti-ERA messaging shaped gender equality discourse as a zero- sum game, sowing fear that the ERA would benefit women who worked in the wage-labor market at the expense of those who worked in the home.

In the 40 years since Congress first passed the ERA, social understandings of the meaning of equality have evolved considerably. The fears that were so effectively weaponized by anti-ERA opponents—LGBTQ+ rights, women’s military service, and gender-neutral bathrooms, for example—have become widely accepted as necessary aspects of a more equal society, and have come to pass without destroying the family as the ERA’s opponents predicted. While conservatives use LGBTQ+ rights as a scare tactic to defeat the ERA movement, some “feminists” view their opposition to trans rights and the Equality Act as a way to strengthen the women’s movement. In the end, what is lost is the fundamental principal of equality, which is gravely lacking for transgender people, for whom 2020 was the deadliest year on record.

In 2021 alone, lawmakers in 30 states have introduced more than 80 bills targeting the rights of transgender youth to participate in sports and receive medical care. The rhetoric around transgender youth having an unfair advantage in sports competitions and the belief that medical treatments for transgender youth are harmful, unfounded, and extremely dangerous to the physical and mental well-being of transgender youth. Advocates who oppose equality rights for transgender people, and thus oppose the Equality Act, represent a problematic cooperation between social and political conservatives and transgender-exclusionary radical feminists (commonly referred to as TERFs) who believe that “real” women are assigned female at birth. Transgender exclusion groups characterize the Equality Act’s expansive definition of sex discrimination as something that would weaken equality protections for “real” women. In their view, there are two sexes (male and female); one’s sexual identity is established at birth and is not something one can change, “just because you feel like it.” They claim that the Equality Act will “undermine women’s rights because if sex is optional women cease to exist as a stable political class of people.” The logic and political valence of this position grossly misconstrues the meaning of trans identity, which is not a matter of feelings or choice. Even the Supreme Court has refused to embrace a biological-at-birth definition of sexual identity that renders trans people as some kind of third sex or a mere simulacrum or distortion of “real” men and “real” women.

In important ways, the divisive objections raised by trans equality-denying advocates today echoes the arguments raised by ERA opponents in the 1970s, who maintained that “real” women were destined for a life at home providing care to their husbands and children, and that there was something unnatural about women who defended a right to a life beyond the domestic sphere. This argument, advanced most prominently by ERA opponent Phyllis Schlafly, promoted a kind of “separate spheres” doctrine previously developed in the 19th century grounded in a notion of “true womanhood.” As historian Barbara Welke has described, women’s magazines and public teaching maintained that a woman’s true identity drew her, and tied her, to domestic pursuits such as keeping a clean house, raising pious children, and being submissive and obedient to her husband. Women who defied these roles and this identity risked being punished for violating their “true natures.”

Whether advanced by today’s trans equality-denying advocates, ERA-opponents of the 1970s, or separate spheres advocates of the 19th century, the idea of a “true” or “real” womanhood has most often fueled campaigns to limit, if not deny, gender equality rather than preserve and advance it. The sex-based essentialism upon which it rests is the exact kind of thinking that sex equality advocates such as Ruth Bader Ginsburg, Pauli Murray, and supporters of today’s ERA have aimed to vanquish to an ignoble past.

Finally, the premise of the trans-exclusive argument assumes that a kind of stability of identity is required to justify protection from anti-discrimination laws. In fact, the law prohibits religion, marital status, and citizenship-based discrimination even though one can change one’s religion, marital status, or citizenship. Immutability of identity has never been a sine qua non for eligibility for equality protections. The fact that trans people claim an authentic gender identity that may be different from their sex declared at birth does not in any way undermine the legitimacy of their claims to discrimination, nor does it implicate the legitimacy or authority of the law to address discrimination claims raised by cis-gendered women.

The ERA seeks to reinforce and modernize the fundamental principal of equality that lies at the heart of the U.S. Constitution. Historically, gender equality has been advanced and defined by the contributions of Black, queer, trans, and gender non-conforming women, not only by cis-gendered of revitalization, and the ERA is more relevant now to the equal rights of sexual minorities and white women.groups outside of the gender binary than ever before.

What is more, Black and queer women spearheaded the ERA’s most critical period of revitalization, and the ERA is more relevant now to equal rights of sexual minorities and groups outside of the gender binary than every before.

Fear tactics and a zero-sum mentality around civil rights limit the equality movement, giving into the playbook of conservatives who have used these tactics time and again to pit marginalized groups against one another, citizens against immigrants, and white people against people of color. Instead, history teaches us that the fates of all marginalized people—including people of color, women, LGBTQ, and gender non-confirming people—are tied to one another.

Principles of feminism and transgender rights are based on the shared ethics of equality, dignity, bodily autonomy, and self-determination—challenging conventional norms of gender that confine all marginalized genders in a second-class status. The unity and diversity of the ERA movement is its greatest strength and should be leveraged to build a robust and sustainable movement for equality for all, rather than appealing to a notion of rights that privileges the most privileged among us. 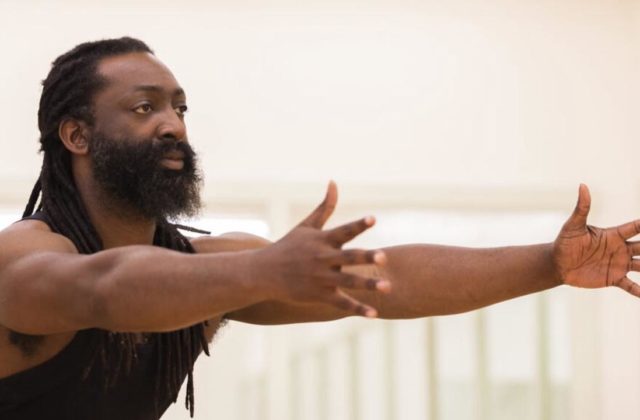 All-Inclusionary Theater: Where The Show Must Go On!

Announcing the Recipient of the Edie Windsor Champion for LGBTQAI+ Equality Award, 2021