Announcing the Recipient of the Edie Windsor Champion for LGBTQAI+ Equality Award, 2021

Karine Jean-Pierre serves as the White House Principal Deputy Press Secretary for the Biden Administration. She is the first openly gay woman and second Black woman to give a press briefing from the White House. Previously, she served as the Senior Advisor to President-Elect Joe Biden and Chief of Staff to Vice President-Elect Kamala Harris on the Biden-Harris Campaign. Prior to her role on the campaign, she served as Chief Public Affairs Officer for MoveOn.org and an NBC and MSNBC Political Analyst. Jean-Pierre served as Regional Political Director for the White House Office of Political Affairs during the Obama-Biden administration and as Deputy Battleground States Director for President Obama’s 2012 re-election campaign. She served as Southeast Regional Political Director for President Obama’s 2008 campaign, Deputy Campaign Manager for Martin O’Malley for President, Campaign Manager for the ACLU’s Reproductive Freedom Initiative, and Deputy Chief of Staff and Director of Legislative and Budget Affairs for two members in the New York City Council. Born in Martinique and raised in New York, Jean-Pierre is a graduate of Columbia University.

The Edie Windsor Champion for LGBTQAI+ Award is named after Edith S. (Edie) Windsor, an LGBTQ+ rights activist whose 2013 landmark victory over the Defense of Marriage Act (DOMA) set the stage for marriage equality for all. Her 44 year relationship with her wife Thea Spyer, lasting until Thea’s passing in 2009, inspired Edie to challenge and topple the prejudices that marginalized LGBTQ+ Americans for decades.

Karine Jean Pierre will join 20 other ’21 Leaders for the 21st Century’ Honorees at the Women’s eNews virtual gala rescheduled for the evening of Tuesday, November 16th* beginning at 8:00pm (EST).

We hope you will join Women’s eNews in honoring each of these outstanding women leaders. All individuals who donate a minimum of $1,000 will be listed as a SUPPORTER in the Gala’s Digital Awards Journal, to be distributed to all Honorees, Presenters, Attendees and Subscribers! 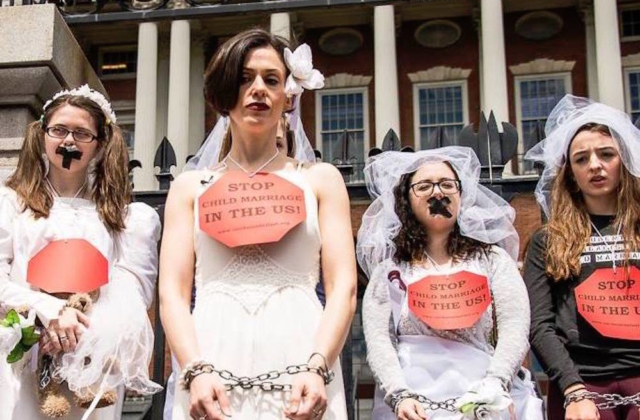 Child Brides: Closer Than You Think