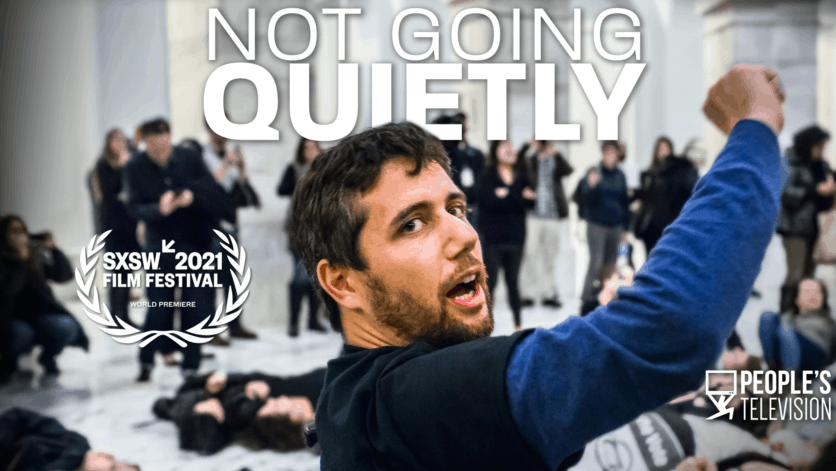 ‘Not Going Quietly’ – By Losing His Voice, He Speaks for Others

This film allows Ady Barken to freely explore the disabled experience, illustrating how disabled people refuse to be defined by tragedy.

Despite the fact that more than 25% of all Americans have disabilities, we are too often forgotten by the public, and sometimes even by ourselves. For many years I never identified as disabled, even though I was diagnosed with autism at age two-and-a-half, and underwent intense ABA therapy to ‘treat’ my autism, while receiving special accommodations at school. I never hid my diagnosis from others but still, in my mind, I felt that I was ‘just a little different’ compared to everyone else, not disabled. Oddly enough, the only time I can recall being defined by my disability, and being placed among other disabled people, was when I was in ABA with other autistic children.

However, my relationship with disability quickly changed in the spring of 2017, when I began to experience back spasms and severe gastrointestinal issues. Not only was it the first time I experienced chronic pain, but I was working at a minimum wage job service industry gig while on a leave of absence from college. I was angry and confused by the much more chaotic world and body I was inhabiting, especially since I hadn’t done anything to cause these changes.

A few months earlier, Ady Barkan was in a similar position when he received an ALS diagnosis in October 2016. Prior to his diagnosis, Barkan headed the Fed Up campaign, and had just become a father. Suddenly, his left hand struggled to do basic tasks, like turning a key or playing the guitar. Following the diagnosis, his right hand also lost strength as ALS began to paralyze his body. By December 2017, he walked with a cane and struggled to breathe.

That’s when Barkan saw Arizona Senator Jeff Flake board the same flight from Washington D.C. to Phoenix. It’s also where he met Liz Jaff, a political organizer, who filmed and documented the conversation between Barkan and Flake. Barkan begged Flake to vote against the tax bill that gave the wealthiest Americans significant tax breaks, since it could threaten programs like Medicaid, which many disabled people rely upon. Although Flake ended up supporting the tax bill, Barkan’s confrontation with him went viral. This led to Barkan and Jaff launching Be a Hero, an organization that addresses health care concerns using the power of stories. This is also where Not Going Quietly, a documentary about Barkan, began.

This film allows Barken to freely explore the disabled experience. Illustrating how disabled people refuse to be defined by tragedy. Barkan, Jaffe, and others embark on a 40-day tour to share his story and convince members of Congress to provide Americans with healthcare, before Barken becomes completely paralyzed. Viewers witness how Barkan becomes increasingly ill during the tour, watching his friends dress, feed, and bathe him. Eventually, he loses his voice; yet, he continues on, because for him there is no alternative.

The film results in an intentional tribute to all disabled activists. Through the healthcare battle, it documents the contributions of disabled activists fighting on the frontlines for universal healthcare for decades. Yet it shows something else — that disability justice benefits everyone. Conveying the important message that every person is good enough just as we are, this is especially relevant in a country where access to healthcare is tied to employment, even though anyone can become disabled at any time and, for any person who lives long enough, disability is inevitable. 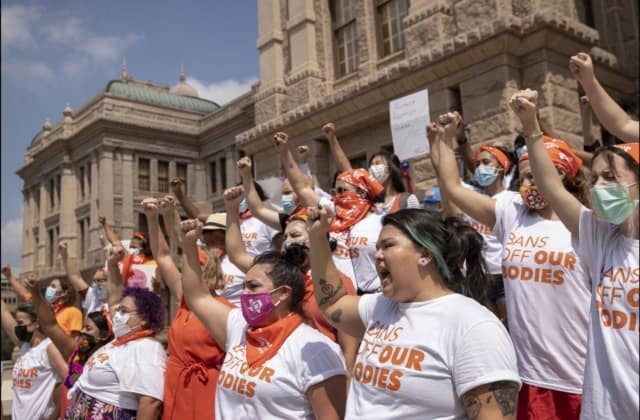 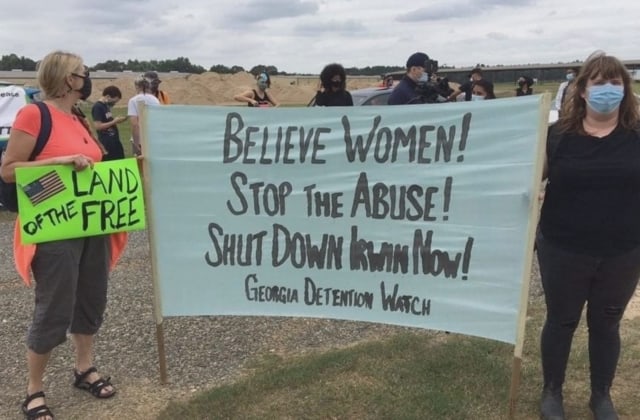 No Justice, No Freedom: Medical Abuse in Private Prisons