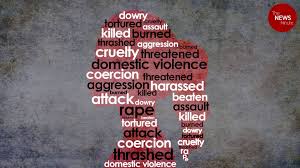 As millions of Americans are asked to stay home with “shelter in place orders” and social media is exploding with memes and quips about a “coronial” baby boom very little is thought about how staying at home may increase sexual violence.  The #MeToo movement grew stronger with the Harvey Weinstein verdicts but will the isolation and increased stressors of COVID-19 create a surge in sexual coercion?

The National Coalition Against Domestic Violence estimates that nearly 20 people every minute are physically abused by an intimate partner in the United States.  Domestic violence also known as intimate partner violence (IPV) can span from physical and sexual abuse to less identified abuses that also center around intimidation and control.  One form of domestic and intimate partner violence that is still largely unknown and under-recognized is called sexual or reproductive coercion (RC).  Masked by the pretense of love, desire, and family; reproductive coercion is a potent powerplay in an abusive and sexually violent relationship.

Reproductive coercion occurs when an abusive intimate partner intends to maintain control in a relationship by using manipulation, guilt, intimidation, threats, acts of violence, or sabotaging contraception attempts in order to pressure a partner to become or remain pregnant.  Other non-violent forms of control such as economic control, social isolation, constantly discussing or negotiating having children, ovulation tracking, insisting on use of invitro fertilization (IVF), and any other behavior that can compromise the reproductive autonomy of an individual is considered abuse.

According to reports, IPV and reproductive coercion is reported in 1 in 8 teen girls and anywhere from 25% of women on the National Domestic Violence Hotline to 53% of women seen in emergency rooms and family health clinics.  With IPV and RC creating significant physical and psychological effects on victims, and increasing US healthcare costs up to $12.6 billion annually, these abuses are already a public health crisis.

So how do you know if you or someone you love is a victim of IPV and reproductive coercion?  Look for signs of reproductive coercion such as missing or adulterated oral birth control, partner removal of IUD and vaginal contraceptives, tampering with or refusing to use condoms, and any other behavior that compromises the reproductive autonomy of the individual.  Victims also often experience stress-induced physical health effects such as direct injuries, increased incidence of sexually transmitted infections and HIV, long-term pain syndromes, and chronic conditions such as gastrointestinal disorders, diabetes, and asthma. Emotional and psychological effects to watch out for include post-traumatic stress, depression, anxiety, difficulty sleeping, and attempted suicide.

The COVID-19 isolation and “shelter in place” orders may be a door to identifying family, friends, neighbors, and acquaintances that are abusers.  Many abusive individuals have personality traits such as being charismatic, successful, charming, and “well-liked” while inwardly having low self-esteem and feelings of inadequacy or powerlessness.  Signs that an individual may have abusive tendencies can include inconsistent moods, hypersensitive or overreactive behaviors, being overly critical or narcissistic, and being controlling, jealous, or manipulative.  Other tools for recognizing abusive behavior include the Reproductive Coercion Self-Quiz, the National Center on Domestic and Sexual Violence Power and Control Wheel, and the Cycle of Domestic Violence.

Reproductive coercion is sexual violence and its survivors deserve a voice especially during the COVID-19 pandemic. To support these unheard survivors, take this time to be more observant and have conversations with loved ones that you may not have had before. Organizations and institutions need more research to thoroughly understand the full impact while physicians, pharmacists, school nurses, healthcare providers and the general public need further awareness. It’s our responsibility to give survivors hope in this difficult time; so speak out to have reproductive consent respected, reproductive autonomy protected, and share that #loveisrespect.

Dr. K. Ashley Garling Pharm.D. is a Clinical Assistant Professor at the University of Texas at Austin College of Pharmacy and a UT Austin Public Voices Fellow of The OpEd Project.