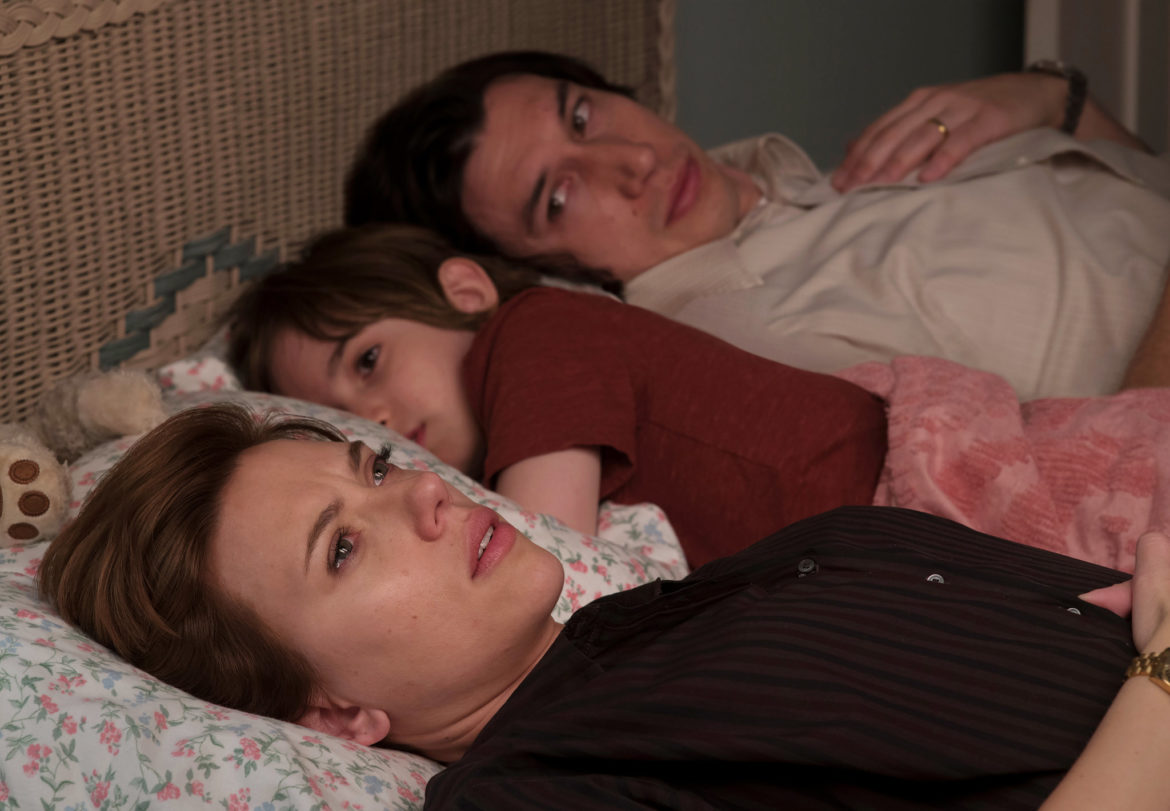 As Marriage Story grasps for an Oscar, this weekend we are reminded that the story of a heterosexual couple going through a painful, cruel divorce is the unfortunate story of many in our country. And yet, it doesn’t have to be. We are active participants in the culture that benefits from and monetizes our own suffering.

As the child of heterosexual divorce and as a queer stepmother now, I was warned not to watch this movie. In an interview with Stephen Colbert, Adam Driver describes the movie as a love story told in the lens of divorce. Charlie and Nicole intend to have a friendly divorce, Driver says, but other people’s opinions, agendas and lawyers wind up propelling the legal battle in the end.

What I would add to Driver’s analysis is that the agenda and those opinions are rooted in heteronormativity, which is what allows the legal process to go from fact-finding and fair treatment to cruel performance art.

Heteronormativity is the notion that heterosexual coupling (and marriage) is the norm, and our culture should essentially be built to support it. Heteronormativity is the breeder (no pun intended) of the Hallmark Channel, daddy-daughter dances, “mancaves” and separating McDonald’s toys into “girls” and “boys” toys. Heteronormativity plays a role in domestic abuse and homophobia and the proliferator of painful and scarring divorces like Charlie and Nicole’s in Marriage Story.

During Nicole’s first visit with Nora, her lawyer says, “Once we have babies, we become the mom and they get sick of us.” Yeah, Nicole responds. During Charlie’s visit to the initial lawyer he speaks with, he is asked a series of questions intended to get at Nicole’s potential vices – to which Charlie responds with my favorite line of the movie, “She was addicted to Tums for a while.” The lawyer warns Charlie that he’s not going to win “if she’s the perfect mother.”

This is not a commentary on divorce lawyers. The lawyers are just using what’s already there – the heteronormative culture we have created and continue to willingly buy into. Despite the original wishes of Charlie and Nicole to keep it friendly, they got caught up too, as many heterosexual divorces do, and one of the very things that marriage is built on and cherished by our culture – parenthood – is also the thing that is turned against them during their legal battle.

Heteronormativity is often dangerous for LGBTQ communities in general, and we’ve had to learn how to adapt, shift, hide and fight. It’s made us resilient, yes, but it’s also forced us to assemble and disassemble our relationships differently.

Due to the high rate of homelessness and familial rejection for LGBTQ youth, LGBTQ communities often bond together as each other’s families. These are not blood ties, these are heart ties, born from understanding the devastation and hopelessness that comes from the rejection from one’s family of origin. We continue to re-define the word “family,” unraveling the traditional definition that has betrayed us and instead, created a unit of people who sustain us as human beings to be loved, celebrated, protected and given another chance.

Additionally, same-sex couples are not bound to the same prescribed gender roles written by our culture and enjoyed by many heterosexual couples.

Of course, the frustrations of marriage do not discriminate completely along the lines of gender or sexual orientation, and someone has to do the dishes, bring in a paycheck or stay up all night with a sick child. And yes, there might be someone in the marriage in an unhealthy place and they wind up legally battling their partner during the divorce.

Moreover, there are people who have arranged their heterosexual marriages differently to be more egalitarian, and some early trends show that younger generations are putting off marriage to create more financial stability and effectively avoid the “first divorce.”

For example: now as a queer stepmom, I knew when I married my wife, her ex-wife and their children were to become my family, too. I understood that the success and happiness of my wife’s ex- and their children was directly tied to me, individually and to the collective LGBTQ community. And to achieve that, it meant taking a different approach to raising the kids, finances and scheduling. Case in point: we switch the kids every day. And if that seems odd to you, that’s heteronormativity creeping up (i.e. the assumption that children need to stay with their mother for the majority of the time – but what happens when there are only mothers?)

But it should look different for heterosexual couples, too. You can see glimmers in Marriage Story pleading to get rid of the common constraints and allow the love of their relationship – regardless of its dissolution – to guide what’s best for all involved. There’s no need for the backstabbing betrayal or dragging your children through the mud just because the heteronormative fantasies that have been sold to you your whole life didn’t work out. We are all humans, despite who we love, and forcing us to conform to a set of constraints that create more suffering serves no one.

About the Author: Lauryn Bianco is Vice President of Operations and Philanthropy at Emerge Center Against Domestic Abuse in Tucson, Arizona, and a Public Voices Fellow with The OpEd Project.