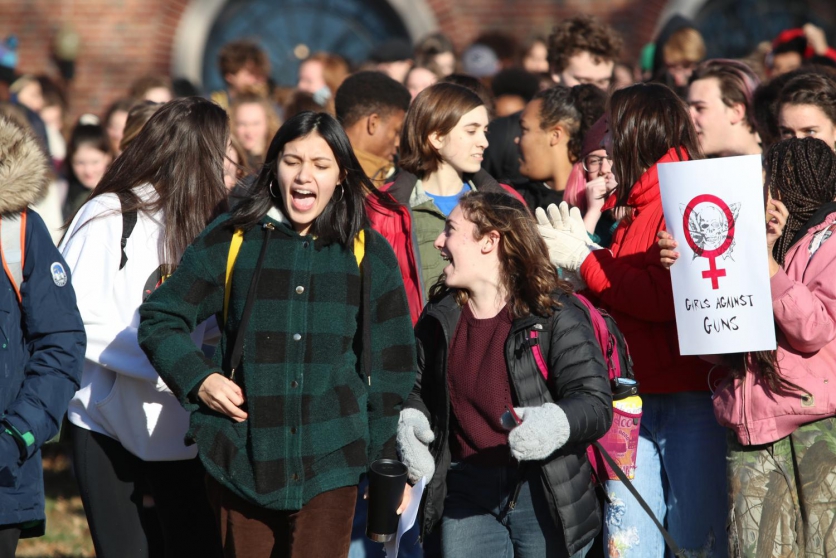 “Too Loud” and “Too Jewish”: Standing up for Gun Control

My friends sitting next to me in the library whispered: “Just do it.”

We were at a school open mic about gun control in the weeks following the Marjory Stoneman Douglas shooting. Lunch was nearing its end and I feared I would miss my opportunity. All of the other speakers had been older guys. They went on and on, spiritedly spitting statistics and saliva, mentioning Second Amendment rights and how it was all just “a mental health issue.” I was appalled by their statements, but who was I to take them on? I was a random freshman. They were upperclassmen, prominent leaders in the school.

The only person who I agreed with was one of my friends from theater class, a fittingly lanky boy. We were the two organizers of our school’s protest in solidarity with Parkland. As he spoke at the front of our library, people looked down on him from the second floor, his crooked limbs practically dancing to his impassioned words. I agreed with his points, which were smart, but people didn’t seem to take him seriously. I needed everyone to understand just how important gun control was. I needed my peers to realize how grave the situation was. No one else was arguing my beliefs. I had an itch that I couldn’t scratch by staying silent. I made up my mind.

I rose from my seat at a table facing the impromptu stage, and I stood in line. A junior boy spoke before me. He was the president of our school’s political activism club, which was, in reality, an alternative name for “Republican students.” He also used the argument of mental health. He exited the stage and I stepped up to the mic.

“If it truly is a mental health problem, a bullying problem, then why is it straight white men shooting up schools? Why not the gay, female, fat, or black kids who get bullied for the way they are?” I asked.

The bell rang. Students filed out of the library and I went to grab my backpack and head to my World Studies class, but the student who spoke right before me started yelling. He ran up to me, pointing his finger in my face, and started yelling about generalizations. Students all around us glanced back as they left the library. The principal walked up to him to try to calm him down. As I left the library to go to my next class, a friend came up to me. She told me that she would never be able to do what I did.

I realized then that many girls can’t speak up for what they believe in because of the way we are viewed for doing so. Being the only girl to speak during that open mic made me understand just how scrutinized women are for having strong opinions. I was the only one who was yelled at, heckled, and criticized publicly for sharing my beliefs.

I realized that day that, as a female, people will view me differently for being outspoken. People will think that I’m “bossy,” “intimidating,” and “bitchy” when I say what’s on my mind because girls are supposed to stay quiet.

I’m not the only woman to be scrutinized for being outspoken. Too often, women are told they are “too loud.” This is especially the case for Jewish women. We are stereotyped and criticized for having loud voices and opinions. I have been told too many times that I need to be quieter, keep my thoughts to myself, and stay in line. I have also been told too many times that I’m “too Jewish” because I stand up for what I believe in. But I embrace my Jewishness, my loudness, and my refusal to be quiet.

Since that open mic, I have continued to be loud. I decided that day that no matter how loud someone yells at me or how loudly they are yelling over the sound of my voice, I will not be silenced. I have kept my head and my hopes high, fighting for what I believe is right, no matter the pushback. I will continue to fight for what I believe in: Gun control, an end to climate change, women’s rights, and every other issue I am passionate about. I won’t let the world silence my female Jewishness. Instead, I will welcome it, and use my identity to make my voice heard. Like Queen Esther, who declared her Judaism at the risk of her life, I will refuse to hide who I am, and I will refuse to stay quiet.

About the Author: Shoshanna Hemley is a member of The Jewish Women’s Archive’s  Rising Voices Fellowship,a 10-month program for female-identified teens in high-school who have a passion for writing, a demonstrated concern for current and historic events, and a strong interest in Judaism, gender and social justice. 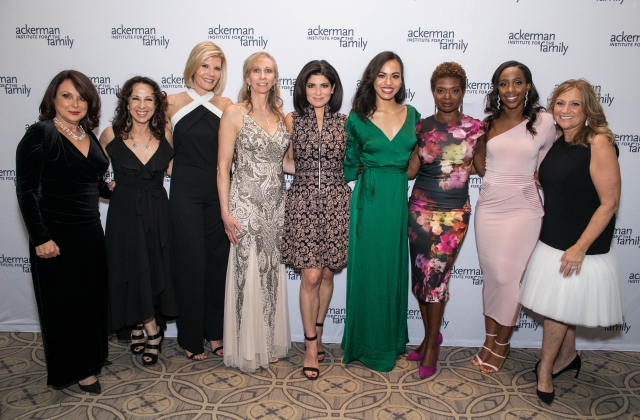 In Case You Missed It: The 13th Annual Moving Families Forward Gala: We Are Family 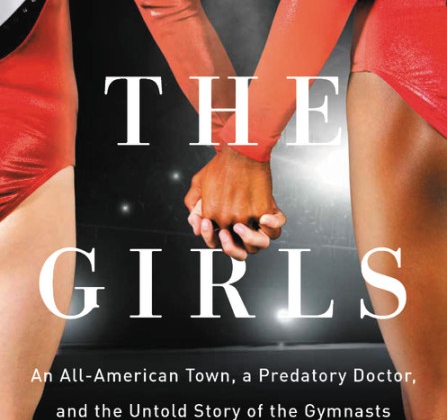