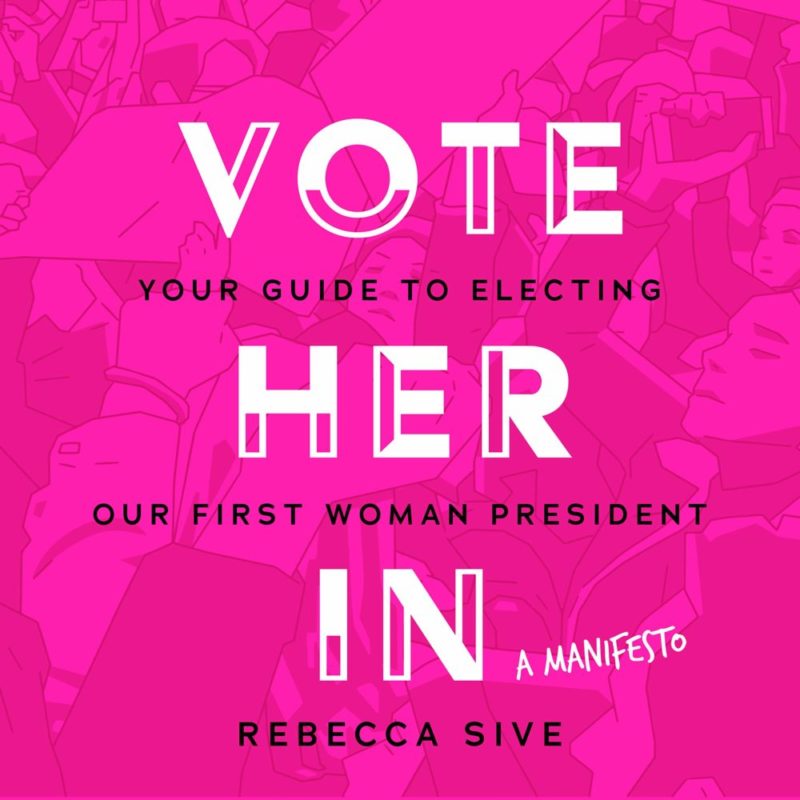 Vote Her In addresses the unrealized dream of millions of American women: electing our first woman president. It makes the case for the urgency of women attaining equal executive power at all levels, including the presidency, and offers a comprehensive strategy for every woman to be a part of this campaign—the most important of our lifetimes. And the book opens with this quote from Michelle Obama:

“In light of this last election, I’m concerned about us as women and how we think about ourselves and about each other… What is going on in our heads where we let that happen, you know? … When the most qualified person running was a woman and look what we did instead, I mean that says something about where we are…That’s what we have to explore… if we still have this crazy, crazy bar for each other that we don’t have for men… if we’re not comfortable with the notion that a woman could be our president compared to what,… we have to have that conversation with ourselves as women.” —Michelle Obama, United State of Women Summit; Los Angeles, California; May 5, 2018; FIRST LADY OF THE UNITED STATES, 2009–2017

Dear Trump: You Got 99 Problems and This BITCH Is 1

Historically, bitch has been used to demean a woman who is assertive about what she wants, unconcerned with—in fact, hostile to—the traditional notions of femininity that hobble women. She is a woman who, for instance, asserts the right of American women to the presidency and the importance of overcoming centuries of precedent to elect one. She is a “nasty woman,” the label Donald Trump used to describe Hillary Clinton during their third presi- dential debate in 2016.

Several posters at the Women’s March displayed the expression “nasty woman,” and some included vagina imagery, along with statements like KEEP YOUR ROSARIES OFF MY OVARIES and NO UTERUS, NO OPINION. Using imagery of women’s anatomy to make nasty-woman assertions of women’s rights, the marchers also reclaimed the word bitch, using it not as a demeaning insult but as motivational shorthand for an assertive, independent woman who takes actions like electing a woman president.

Some of us marchers (of the “bitch” ilk as described above) had never used the word bitch to describe our feminist self-concept. Frankly, many of us were uncomfortable with it. The word felt pejorative, given its typical usage. In our campaign to be respected and convincing about our women’s rights agenda and campaigns, using shorthand that is generally used by men as a belittling description of women didn’t feel like a smart idea. However, a turning point for me was when I read a Vox article in which Hillary Clinton repeated some- thing Facebook COO Sheryl Sandberg told her before the 2016 presidential campaign: “When a woman advocates for others, she tends to be well-liked. The moment she starts advocating for herself, people tend to turn against her.” What was that about being a bitch? As one Women’s March poster stated, quoting Madonna: I’M TOUGH, I’M AMBITIOUS, AND I KNOW EXACTLY WHAT I WANT. IF THAT MAKES ME A BITCH, SO BE IT. So be it for me, and so be it for us, too.

I’ve since come to advocate this marcher’s expression of women’s confi- dence and rebellion against the status quo. I have also watched and heard hip- hop’s self-styled feminist stars, such as Beyoncé and Nicki Minaj, use the word bitch to describe attitudes I now share with them. “When I am assertive, I’m a bitch,” Minaj said in the MTV documentary My Time Now. “When a man is assertive, he’s a boss. He bossed up. No negative connotation behind ‘bossed up.’ But lots of negative connotation behind being a ‘bitch.’”

In my research for this book, I found a Pinterest site called “BITCH, I GOT THIS (Confidence).” Yes, let’s use the word bitch to tell the world we have the confidence to take care of our highest-priority business, electing a woman president. As one Women’s March poster read, BITCHES GET STUFF DONE. We have only to get to work to get this stu done. We have the numbers. According to CAWP:

• Women outnumber men among registered voters.
• Women turn out to vote at rates that equal or exceed men’s rates.
• A higher proportion of women than men vote among US citizens age 18 to 64.
• For eight consecutive presidential elections, more women have voted than men.

Further, millennials are projected to surpass baby boomers as the country’s largest living adult generation in 2019. Combined with Generation X, they already make up a bigger voting bloc than baby boomers and the silent generation, and according to a survey by Vanity Fair, “millennial women are more politically engaged than they have been in years, with an unparalleled capacity to elect change.”

We have the voters and we also have the candidates. As I write this book, four women, all Democratic US senators— Kirsten Gillibrand, Kamala Har- ris, Elizabeth Warren, and Amy Klobuchar—are presumed to be considering a presidential run in 2020. All four have core legislative, personal, and political strengths, making each a viable candidate, but they won’t all survive the run-up—each will have to convince the rest of us, “Bitch, I got this.”

This number of potential women candidates is a first in American history, and getting one of them elected might not be just a fantasy, according to Politico Magazine contributing editor Bill Scher. For one thing, almost 60 percent of the 2016 Democratic presidential pri- mary electorate were women, many of whom are still ready for change. For another, Democrats who self-identify as “social liberals” make up the majority (53 percent) of Democrats, and according to Scher, these voters have “grown accustomed to breaking barriers and won’t readily accept a coldly pessimistic argument that running another woman against Trump would be a bad idea.” Echoing su ragist Carrie Chapman Catt’s 1916 battle cry, Scher added, “the woman’s hour must again strike.”

Notwithstanding these positive trends and the individual strengths of all four potential candidates, Scher concluded by saying that “she won’t become a superstar by anointment, as Obama was in 2004. She will have to make it happen by breaking out of the Senate procedural muck, delivering soaring speeches, crafting signature policy ideas, picking high-profile fights, outwit- ting conservatives and proving she knows how to triumph over the inevitable misogynistic attacks.” This is where the rest of us come in to help our prospective Madam President get it done.

Scher’s description of the voters most likely to support Gillibrand, Harris, Warren, or Klobuchar sounds a lot like women who say, “I’m tough, I’m ambitious, and I know what I want. If that makes me a bitch, so be it.” No problem. We got this.

In the past, one of the main ways ambitious American women politicians tried to soften their assertive presence and justify their entry into the public square was by using the rationale that women are purer than men. Women are incorruptible, women are selfless, women aren’t interested in power, women just want to make the world a better place. So, men, you have nothing to fear from our desire for political power—our ambition isn’t really about that. It’s about doing good, always selflessly and politely.

That rationale is now history. “This bitch is 1” (“this bitch” being our first woman president) is our new rallying cry. Get with the program, my old- school girlfriends.

*Images based on photography by Rebecca Sive of posters from the 2017 Chicago Women’s March. 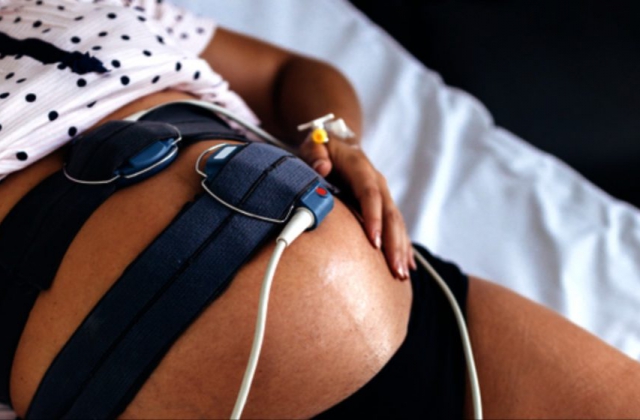 The ERA: How It Will Equalize Access to Healthcare

Call the Midwife, If You Can