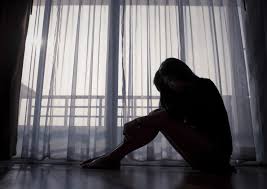 That inherent violence and degradation is ingrained in the sex trade is not up for debate. The statistics are in, the research is sound, and testimonies to that effect of those surviving it or who have survived abound. The overwhelming majority of those bought and sold in the sex trade come from marginalized communities, due to race or gender non-conforming identities and are exploited due to that marginalized status.

I look at this through the lens of an exited survivor leader, a citizen of this great nation and the larger global community, and for the last fifteen years, I have worked for one of the largest law enforcement agencies in Illinois. Daily, striving to offer victims, including minors’ services, while holding sex buyers and other exploiters accountable.

With fifteen years out of “the life,” free from the pain of separation from loved ones, which prostitution causes, I am terrified that a number of states and jurisdictions in the US are considering full decriminalization of the sex trade. This would mean laws that fully decriminalize sex buying, pimping, brothel owning and every other commercial sex establishment. These are indeed perilous times. Now more than ever must we find common ground and use common sense.

For the most part there is already consensus, to decriminalize the prostituted person or, as a small percentage self-identify, a “sex worker.” Prostitution, however, is neither sex nor work, but a place where people are deeply abused, or even die.  It’s common sense to provide exit services for them as well.

How can one in good conscience let exploiters and sexual predators off the hook by not holding accountable those who prey on and exploit the marginalized for the profit of others?

Countless acts of violence have been recorded in the petri dish that is the system of legalized brothels in Nevada. Over the last forty-eight years, we have witnessed what may be the longest failed research experiment in the country, fostering crimes against humanity.

Adults and children alike, primarily women and girls, but also men and boys and LGBTQ, must not be sacrificed to prolong an already failed business model.

I have faith that common sense will prevail and jurisdictions such as New York and our nation’s capital, the District of Columbia, will not pimp their own citizens.

Common sense dictates that we must no longer sacrifice Black and Brown women and girls for the profitable pleasures of the master. If we do not use common sense, we will lose all sense of civility.

Perceived consent is tainted by unknowns remaining unknown and simply not caring about the individual being purchased. My goodness, even when we buy goods at the market, we expect the condition of what the transaction results in to be good.

How can an individual be in good condition, emotionally, psychologically and physically when repeatedly raped and often met with violence, abandoning by force and economic necessity, their most prized possession, themselves?

Sex buyers, pimps and brothel owners hide their crimes behind legal tender, at the door, the foot of the bed, or behind the dumpster in the alley.

I am a survivor of prostitution. I survived vaginal rape, sodomy, beatings and kidnapping at the hands of sex buyers. I am one of the hundreds of survivors who recently signed an [Open Letter] to Presidential candidates asking them to think twice before they endorsed prostitution as “work” or called for full decriminalization of pimping. I lived to share our pain, lived to fight another day, lived to represent the missing and murdered and those who can’t publicly come forth, fearing retribution from pimps they have fled or shame from societal judgment.

I believe that well-meaning people – including Presidential candidates – are being sold a bill of goods by a small, privileged group with their own interests who, for the most part, have resources and therefore a megaphone to illegitimately speak for the vast majority of people, adults and children, who have been (and are) bought and sold in this inherently violent and exploitative industry.

Common ground means we support law enforcement’s growing consensus to stop arresting and criminalizing those bought and sold in prostitution.  Common ground must extend to offer comprehensive services and exit strategies should they wish. Common sense means you penalize those who harm. That is known as Equality Model. Equality for those left behind. It’s common sense.

Rev. Dr. Marian Hatcher is a Survivor Leader and Advocate in the Office of Public Policy at the Cook County Sheriff’s Office, Cook County, IL. She is a 2014 recipient of the Pathbreaker award and in 2016 she was honored by President Obama with a Presidential lifetime volunteer achievement award.