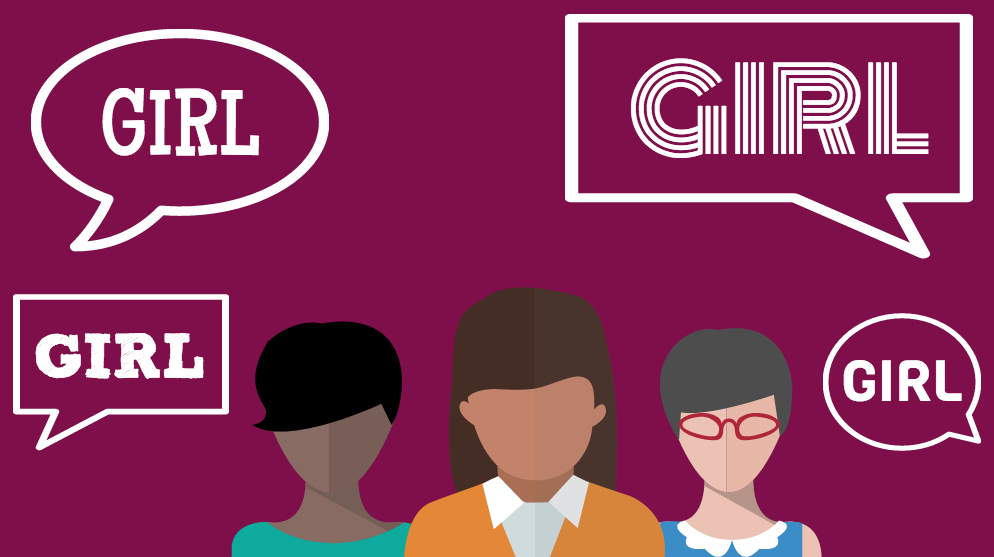 We are in the midst of a long-overdue discussion about the role of speech in perpetuating racial biases in our culture. Presidential candidate Joe Biden triggered the talk when he recalled working in the senate with the notoriously racist Mississippi Democrat James O. Eastland. “He never called me ‘boy,’ he always called me ‘son,’” Biden remembered.

He talked of those bygone days as a time of “civility,” which prompted critics to note that segregationists like Eastland commonly called grown black men “boys,” a term meant to degrade and demean them.

Hurtful rhetoric that demeans Black individuals has been part of our modus operandi, often operating well below the surface of conscious choice. But this latest dust-up over language could have a positive outcome–drawing attention to the fact that speech can also perpetuate harmful gender biases. And men are not alone in using phrases to put women down; women are also at fault.

From the time I was a little girl, I used to bristle at my mother when she talked about “playing bridge with the girls.” What girls? I thought. She was about forty-five years old, and the “girls” were her women friends, also in their mid-forties. At the time, I didn’t say anything to my mother, not yet aware that by being a quiet bystander I was complicit in preserving the stereotype that women were child-like. That was then; now when I hear such demeaning slights I am quicker to voice my objections.

A few years ago, I was accompanying my husband to an appointment with his eye doctor. Before seeing the doctor, patients had to complete a few routine lab tests. The lab technicians in this office were all women. At the conclusion of the tests, the office manager told us to wait in the reception area until “one of the girls” called our name. Once again, I bristled. What girls? My immediate thought was, if the technicians were male, would the office manager have told us “to wait until one of the boys called our name?” Rather than “let it go,” assuming she did not mean anything derogatory, I called the manager aside, telling her that I wanted to talk to her privately. I shared my feelings and was relieved that, after a bit of defensiveness, the manager listened to what I had to say. She asked me how she should say it differently, and I suggested that she tell patients that “one of the technicians” would call their name when the doctor was ready to see them.

I haven’t been back to that eye doctor’s office since then, but I feel certain that our talk raised the manager’s awareness of what she was doing unconsciously, and decreased the chance that she will make the same mistake again.

As Carmen Rios writes on the website, Everyday Feminism,  “saying ‘girl(s)’ comes naturally to me, as it does to so many of us. But just like calling [mixed sex] groups of people ‘guys’ is a widespread and completely normalized practice that inadvertently minimizes the existence of women, so does calling groups of people ‘girls.’

“And yet…the use of the word ‘girls’ to refer to women is very rarely called out as sexist. In fact, it still goes largely unnoticed, even by people who should ‘know better.’ Even media with feminist leanings use the word ‘girls’ as a catchall for adult topics or stories about adult women. Consider the titles of shows like Girlfriends, New Girl, Gilmore Girls, and even Lena Dunham’s own Girls; or movies like Girl with the Dragon Tattoo; Girl, Interrupted; and Dream Girls. Even the book Girlboss is guilty.

That’s because calling women ‘girls’ is commonplace, and most people don’t bat an eyelash when they do it or when they hear someone else doing it. In fact, calling women ‘girls’ is so normal that people actually feel uncomfortable calling them ‘women’ instead. Yet, it is important to deal with these uncomfortable feelings because there are consequences of not doing so. When we call women ‘girls,’ we’re using the force of language to make them smaller. We resist and deny their maturity, their adulthood, and their true power. When you call a woman a ‘girl,’ you’re actually saying a lot of very serious things about gender politics and womanhood.”

And there are serious consequences.

A girl is a female under the age of eighteen, so when the word ‘girl’ is used to describe adult females, it implies that women are immature or childish. Thus, language perpetuates the stereotype of women as emotional, irrational, weak, and helpless.

There are other troubling consequences. When women are referred to as  ‘girls,’ it makes it easier for superiors in the workplace to ignore them and their contributions. Women may also be passed over for promotions because it’s difficult for bosses to appreciate the abilities or career advancement potential of ‘girls’. Further, it’s hard to think of yourself as a capable leader and thinker when you are called a girl or, even worse, when you think of yourself as a girl.

This behavior garnered international attention in 2015 when the British paper the Guardian reported that then Education Secretary Nicky Morgan and Energy Secretary Amber Rudd were greeted outside 10 Downing Street by a photographer calling to them, “Morning, girls!” For the record, The Guardian noted,  “Morgan is 42 and Rudd 51. Both are well beyond their teen years, when such a greeting might have been apt. Morgan, who is also ‘minister for women’ – that’s women – and equalities, had a witty comeback, shouting, ‘Girls? Girls?!’ The photographer quickly apologized.”

Unfortunately, even old age will not provide protection against the harmful effects of dismissive language. This point was brought home to me several years ago when I took my mother, who was roughly the same age I am now, to a medical appointment. The intake nurse had a number of questions, all of which she addressed to me. My mother, who was as fully competent then, as I am today, was completely ignored; it was as if she wasn’t even in the examination room. Once I saw the pattern, I called the nurse out and insisted that she direct her questions to the person with the answers–my mother.

Hopefully, the Biden dust-up will ignite a meaningful discussion about language and biases that will have beneficial effects during the 2020 election season, and well beyond.