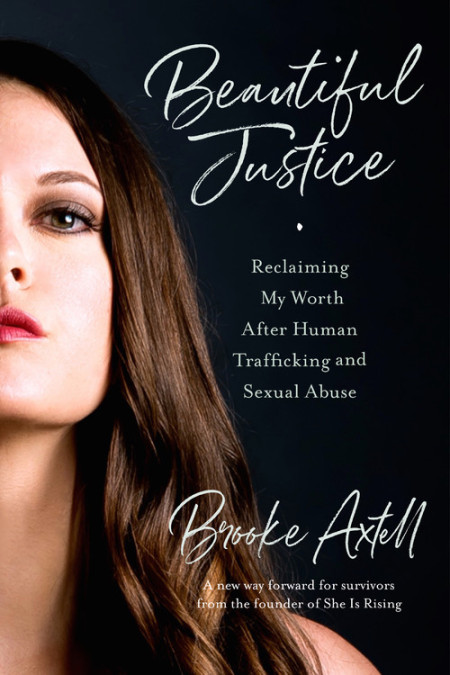 (An excerpt from Beautiful Justice: Reclaiming My Worth After Human Trafficking and Sexual Abuse)

I was invited to speak at a conference in Bangkok sponsored by the United Nations to address members of Parliament from more than forty Southeast Asian countries. While I was there, I knew I wanted to visit the local red-light district and connect with young women recovering from sexual exploitation.

I was honored to speak to world leaders, passionate women and men, devoted to ending human trafficking and gender violence. I shared how to empower survivors to become leaders, as well as strategies for integrating survivor expertise into policy making.

Legislators from India, Tibet, Japan, and many other countries from the surrounding regions resonated with my message: those who are most impacted by a human rights issue should shape the policies that will directly affect their communities.

As we discussed this essential approach to political change, I knew that a few miles from the luxury hotel where I stayed, teen girls were openly being sold out of brothels. Many of them, born into generational poverty, migrated from rural areas and experienced violence and exploitation after seeking better jobs in the city.

When I walked down one of the main streets of the red-light district with my friend Constance, I witnessed bar after bar filled with white Western men, holding their drinks and checking out the merchandise. Every time I saw a new neon sign advertising girls or heard another wave of men laughing with their crew, I was filled with disgust.

Each one reminded me of my trafficker and the men he sold me to, callous men ruled by their cravings, disconnected from the truth of the suffering they left in their wake. They refused to see what their desires, divorced from the reality of other human lives, ultimately cost.

Although technically it is not legal for the bars in Bangkok to directly sell the girls, they facilitate the transaction and benefit financially. In most of the visible commercial establishments, a buyer picks a girl and then pays the bar an “exit fee” to take her somewhere to perform sexual acts.

To the uneducated eye, it might appear to be consensual. But the histories of abuse, coercion, and poverty tell a different story. There is an illusion of a constant party with copious drinks, loud music, and young smiling girls. Some have numbers pinned to their clingy dresses so they can be quickly identified by a buyer. This ploy conceals the reality of rape, complex trauma, and economic vulnerability. It also hides the fact that many of them are underage.

A few blocks from the bars, a safe house for survivors of sex trafficking shelters girls in their teens and early twenties. Over a beautiful homemade dinner of Thai stews and rice dishes, I spoke to the girls about their experience in recovery.

“What do you love most about being here?” I asked the girls at the dinner table. One of the staff members translated for me. When it was her turn to speak, the shy, slender girl sitting next to me smiled and said, “What I like most about being here is learning about the love of God.”She beamed as she shared this, her face illuminated from within.

“That is beautiful.Thank you for sharing that with me,” I replied, in awe of her response. After walking past all the buyers, all the sellers, all the girls still trapped in poverty and exploitation, her answer pierced through my disgust and gave me hope. God was in the red-light district. I saw her in the faces of these radiant girls.

“My favorite part of being here,” another young woman said, “is our Christmas parties. Every year during Christmas, we host a party and invite all the girls from the bars to come, so we can give them presents and show them love.”

One of the staff members explained, “We pay the bar owners a fee for any of the girls who want to come. It’s the only time of year when they can receive. People are always taking from them.”

The girls were excited to show me the rest of the house. When we went upstairs, the gentle one, who talked about the love of God, walked with me.

“What are you passionate about?” I asked.

She led me over to her collection of drawings and held one up for me to see, smiling with pride. “That is gorgeous. You are a talented artist.”

“Thank you,” she said with quiet confidence. She spoke like a person who had started to grasp her own worth.

I left my dinner with the survivors of Bangkok filled with hope. After all they endured, they are living with the joy of loving and being loved. They are learning the truth of their spiritual identity and purpose.

Love found them in one of the most loveless places on earth. In the past, they were told they were nothing more than sexual commodities to be consumed by men with greater power and privilege. Now, they were preparing for college and spoke with excitement about their dreams for the future.

As I watched the sunrise over Bangkok the next day, I could see that the light within these young survivors was far fiercer than the violence that was forced on their bodies.

Brooke Axtell is the Founder of She is Rising, a healing community for survivors of gender violence and sex trafficking. Her work as a writer, performing artist and human rights activist led her to speak at the 2015 Grammys, The United Nations and The U.S. Institute for Peace. She is the author of Beautiful Justice: Reclaiming My Worth After Sex Trafficking and Sexual Abuse.