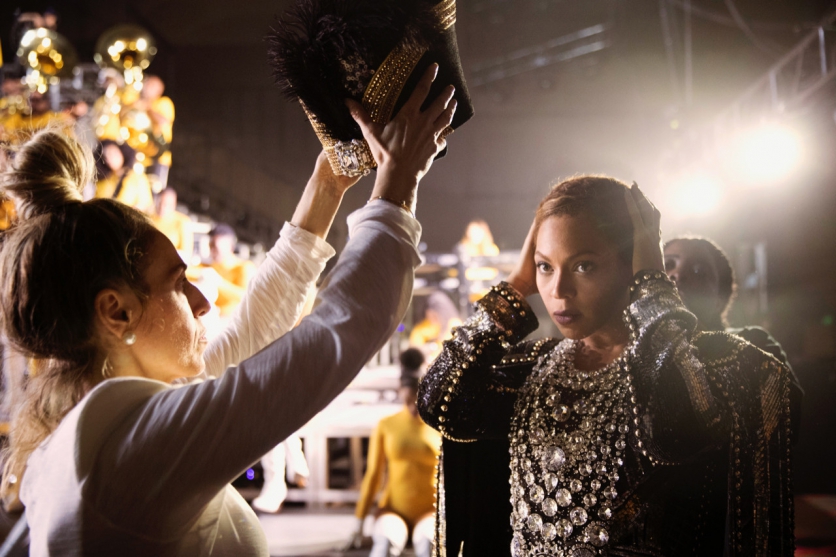 Beyonce’s Homecoming: A Lesson In Black Excellence and Vulnerability

Beyoncé is as close to perfection as one can ever hope to become. She is the face of #iwokeuplikethis. But her new video, Homecoming, released on Netflix reveals a different side of this fierce, feminist icon. Between clips of her 2018 Coachella headline performance, the audience is given a glimpse beyond the effortlessly perfect front we are used to seeing. In this two-hour documentary, Beyoncé reveals another superpower: Vulnerability and authenticity.

We see a woman struggling to get back in shape after a difficult and dangerous pregnancy. A woman who is tired, sweaty, and frustrated as she learns her dance routine and directs a crew of 100+ individuals.

She reveals the internal struggles she faced, as well: “A lot of the choreography is about feeling so it’s not as technical. It’s your own personality that brings it to life and that’s hard when you don’t feel like yourself… it took me a while to feel confident enough.” Her vulnerability is refreshing and restorative to women, especially Black women who so often feel the need to project a strong, stoic front to the world.

Black women live at the intersection of racism and sexism. These systems of oppressions work constantly to demean, depress and disenfranchise those it intends to harm. Yet magically, and miraculously, Black women continue to rise like the mythological phoenix, but that doesn’t negate the harm of the fire that burns them. The ashes do not simply disappear once they are in flight. Black women are human, and like all humans, they need space to mess up, grow, fail, succeed, fail again, and genuinely come into their own power.

But Black women are consistently given the least number of resources and receive the most judgement about their decisions.

Many religious institutions admonish them for their bodies and sexuality. White conservatives label them as moochers and welfare queens. Most media paints them into caricatures: Angry, aggressive adversaries and asexual maternal figures with no lives of their own; or overly-sexual beings that only exist for the beck and call of men.

With no nuance provided and minimal honest investigation of their true lives, we are left with few authentic representations of Black woman and the effort it takes to be excellent, which makes watching this documentary even sweeter. In a call-and-response portion of Beyoncé’s performance, she incorporates audio of one of Malcolm X’s speeches amidst her lyrics:

Malcolm X: “The most disrespected person in America is the black woman.”

Beyoncé: “I am the dragon breathing fire.”

Malcolm X: “The most unprotected person in America is the black woman.”

Malcolm X: “The most neglected person in America is the black woman.”

By using her own language to counter Malcolm X’s sobering truths, she both acknowledges the oppressive forces they are up against while providing an empowering denouncement of those who deny their power, beauty, and humanity.  However, such responses also contribute to a societal expectation that Black women are able to do anything, but there is no gladness in being the mule of the world. This expectation is hurtful and deadly.  While there is pride in overcoming such immense strugglea and oppression, many fail to recognize the price being paid. “What people don’t see is the sacrifice,” Beyoncé notes.

The Black community has started to connect the dots where Black women are expected always appear strong, thus creating additional stressors that can lead to development of serious mental and physical health issues. Due to stress-related accelerated biological aging, Black women between the ages 49-55 are 7.5 biological years “older” than white women on average, with perceived stress and poverty accounting for 27 percent of this difference. Further, the pain women of color experience in medical situations is often perceived as lower than the pain of white women due to erroneous racial biases that women of color have higher pain tolerance. Having their pain taken less seriously has proven to be lethal in many cases.

Beyoncé, herself, experienced serious complications during her pregnancy, including high blood pressure, toxemia, pre-eclampsia, and an emergency C-section. “I was in survival mode and did not grasp it all until months later,” she notes. Still, she pushed herself to get back to work as soon as possible, driven to use her platform to help “lift up” her people and “put on stage a proud moment for us”.

As the first female African American woman to headline Coachella, she had a vision for a performance that evoked images from HBCUs (Historically Black Colleges and Universities): “I wanted a Black orchestra. I wanted the steppers. I needed the vocalists… the amount of swag is just limitless.” Her Homecoming video also includes audio from numerous famous African American scholars dispersed throughout. “I wanted every person who has ever been dismissed because of the way they look feeling like they were on that stage killing it,” she notes.

This centering of “The Other” is a highly strategic move that not only gives the mostly white Coachella audience a Black history lesson they would never forget, but also provides a grand display of authenticity in an industry sometimes filled with thoughtless stage productions. It was a move that only Beyoncé could have pulled off. Her earth-shattering theme came right from her very own Black southern background.

Beyoncé worked hard to provide this experience. Possibly too hard. She admits during her film, “I pushed myself further than I knew I could and I will never push myself that far again.” The power of this comment was not lost on us. Beyoncé is acknowledging how even she, a woman with an extensive staff helping her to maintain a front of effortless perfection and providing many of the resources needed to reach her goals, is prone to breakdowns. It is eye-opening when a person you idolize as ‘having-it-all’ suddenly reveals that she does not. It illustrates the hollowness of this flawless front we are desperately trying to build for ourselves. We see reality more clearly.

In this moment of the film, Beyoncé is recognizing that we need more than superwomen to help move us forward into bigger and better opportunities. We need authentic, sincere women who are willing to be honest about the struggles they faced to get where they are so the other women following them realize they are allowed to struggle, too, and that struggling doesn’t make us any less worthy.

Homecoming ends with audio of Dr. Maya Angelou. The brilliant writer is asked what advice she would give the next generation and the first thing she says is: “Tell the truth. To yourself first, and to the children.”

We as an audience are left to consider that, when you practice radical self-honesty, the pain of the truth gives way to the wonderment of growth. And when that level of vulnerability is displayed, honored, and respected in front of our children, we can raise generations of young people who understand that growth and improvement is always better than inflexible ideals of perfection.

Only when we show up as who we are, flaws and all, no matter how accomplished we become, do we give permission to others to recognize the greatness in themselves.

Afftene Taylor is a full time web developer and aspiring actress and writer. She currently lends her creative talents to the Atlanta Radio Theatre Company’s daily audio podcast drama, Mercury: A Broadcast of Hope. You can follow her on Instagram at @madebyafftene.

Caralena Peterson is a high school teacher, writer and visual artist. She is at work on the forthcoming book The Effortless Perfection Myth. You can follow her on Instagram at @caralenapeterson or @badasscreative_ 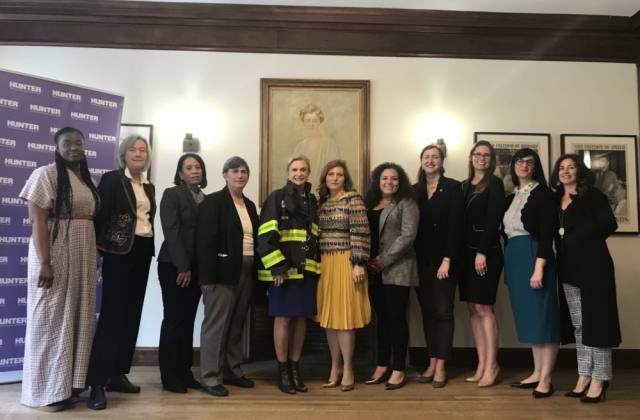 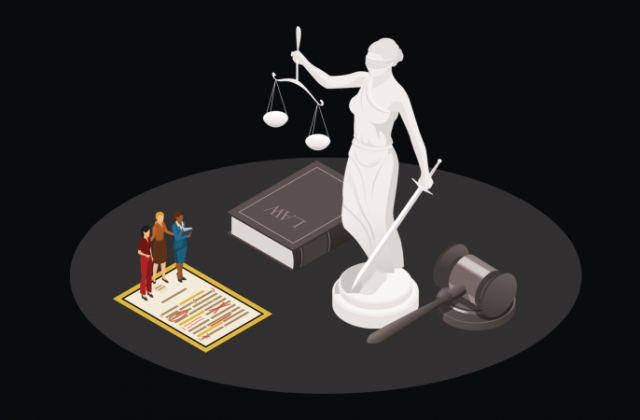 The ERA – Rising from the Dead