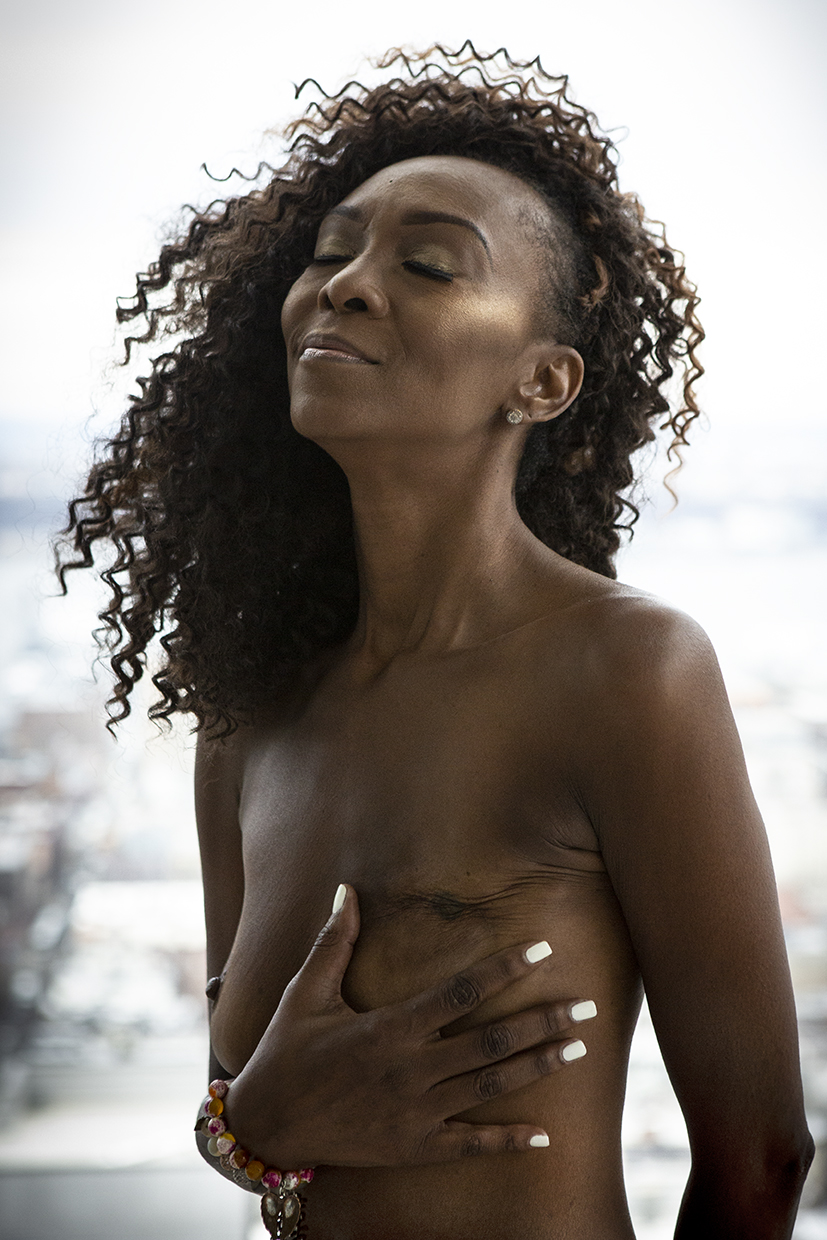 In that one powerful moment, there she was, both vulnerable and radiant. I was witnessing a woman letting go of 12 years of shame from her body. I am a boudoir photographer. Women of varying shapes, sizes and ages come to my studio to  express their sensuality while they revel in their own unique beauty. My lush, richly colored studio sets the scene for an intimate portrait session. The time I spend with my clients is often emotional, during which confessions of deeply buried hopes, dreams, secrets and inner scars are revealed. My subjects leave my photo shoots with a glow and an extra bounce in their step. Watching a woman fall in love with the resulting photographs of herself is simply the cherry on top.  I love my job. In 2009 I received a call from a man who booked a shoot for his wife. When the day came, a lovely 62 year-old woman with cropped silver hair showed up at my studio with hat boxes and hangers loaded with clothing, all very chic but intentionally styled to keep her body covered; an interesting choice for a woman who was about to undergo an intimate portrait session for her husband.

We began the dance between photographer and subject. I watched this woman unfold before me, until she suddenly stopped my lens clicking to make a confession. Preferring to remain fully clothed, she told me she was a 12-year breast cancer survivor who felt mutilated on one side of her body because of a unilateral mastectomy. Her husband had read an article that had been published about my work and he had wanted his wife to feel the way my former subjects had felt after leaving my studio. She then began exposing her ‘good’ breast to my camera, while still leaving the scarred breast covered. We were having fun and her sensuality once again rose to the surface. Delighting in her femininity and laying odalisque on one of my velvet couches, she finally threw off her entire shirt with the bold exclamation “Fuck it!  I’m doing this for myself.’  In that one powerful moment, there she was, both vulnerable and radiant, revealing scars that set her free. I was witnessing a woman letting go of 12 years of shame from her body. It was surely the most powerful moment I had ever experienced as a photographer.

The memory of that photo shoot etched itself into my soul, so when a friend who had been recently diagnosed with breast cancer called me two weeks later to ask if I would photograph her prior to her breast being removed, I didn’t hesitate. I then conducted an internet search to try to locate any images of women with mastectomies. Most of what I found were harsh images set in medical environments under the cruel glow of fluorescent lighting; butchered busts without heads, devoid of emotion and devoid of humanity.  If I were a woman newly diagnosed with breast cancer and saw these images, I would be petrified.

It was then I decided to start what would evolve into a decade-long passion project. Camera in hand, I would give breast cancer a face; many faces in fact.  I would capture the courage, beauty and grace that women who had experienced breast cancer held buried deep within. It would be a project that would inspire all women to own their scars both inner and outer. It would be a bold statement. It would be called ‘The Grace Project.’

Early in the project I met a young woman named Carla at a retreat for metastatic breast cancer, Stage IV; the cancer that has spread to her organs, the cancer that could kill her. She told me that she was happily married with a little boy, and that ‘things weren’t always perfect for her family, but they worked through things and were very much in love.’  She also told me the story of how she had wanted to do something special for her husband on one particular anniversary, so she booked a boudoir shoot with a photographer.  Before the photographs had even come back, she received her breast cancer diagnosis. At that moment in her story she began to sob uncontrollably, as she told me that she couldn’t even look at the images. They represented, for her, the black cloud that had suddenly entered her life. I asked Carla if she would be willing to pose for my project. Carla was beautiful; she had a full round body with smooth dark skin brimming with youth. She hesitated at first, so I told her to take her time and think about it, and that she could do it when she was ready.  She decided to watch Louise’s shoot, a frail older Asian woman who was mobile only with the use of a walker.   We sat Louise up on a rock in a sanctuary surrounded by trees and lush foliage. Butterflies and dragon flies flitted in and out of the scene surrounding Louise who was draped in a red silk cloth. Perched on a grand rock wrapped in natural beauty with the sun glistening and the birds singing, she was no longer the sick frail woman. She felt transformed into a grand matriarch; an ancient Goddess. Carla witnessed the transformation and decided to experience that, too.

When I’d finished photographing Louise, I wrapped Carla in the same red cloth as she removed her shirt. Raw beauty and power emerged from somewhere deep within her; she was breathtaking. And, when I viewed the resulting photographs, I was astounded to see that orbs and rainbows appeared throughout Carla’s images. I sent them to her immediately, as she was about to start a new medical trial. She viewed the photographs as a testament to her courage. Two weeks later I was looking through Facebook and saw Carla’s face tagged in a photograph with the words, ‘My beautiful friend Carla is no longer with us.’ I broke into violent sobs, since Carla was the first woman I lost from The Grace Project, but I have since  photographed over 400 breast cancer portraits, halfway to reaching my goal of photographing a total 800 (800 representing the approximate number of women newly diagnosed in the United States every day.)  I’ve shared tears of love joy and elation with women whom I’ve photographed, and I’ve shared tears of sadness and of fear.  Yet, although I’ve now lost 24 friends to this disease, witnessing children become motherless and mothers lose children, I’ve also watched hearts triumph.

I’ve therefore immersed myself in a profound river of beauty and deep humanity, with an enormous dose of pain and loss. People sometimes ask me how I do it.  My answer will always be, “How could I not?”

Charise Isis is founder of The Grace Project.

Women’s eNews is pleased to publish this post in honor of Breast Cancer Awareness Month in October. 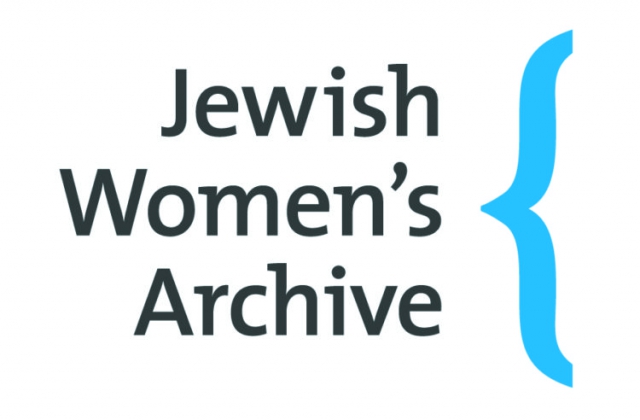 Teen Voices: May the Faith Be With You 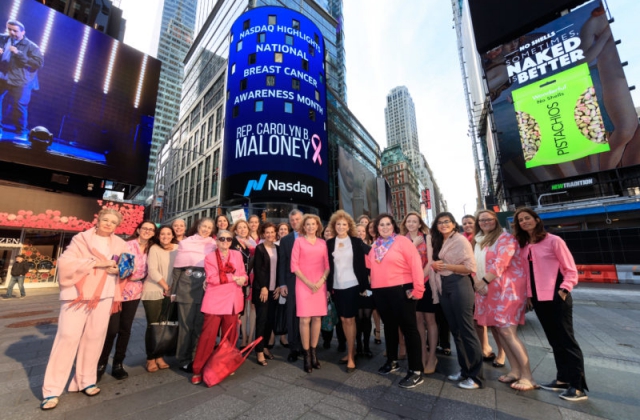 In Case You Missed It: Rep. Maloney and Breast Cancer Survivors Call for Investments in Research