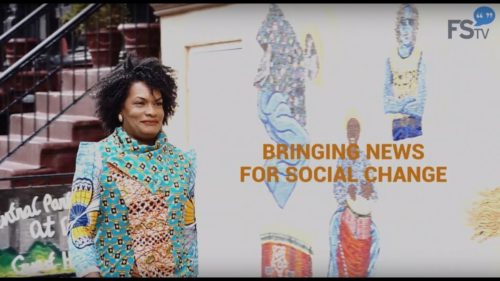 The premise of the show is that answers to our most pressing problems will lie in historically marginalized communities. Imara Jones doesn’t walk, talk or dress like your typical news anchor. That’s a good thing for a lot of people, especially 74 million millennials. More racially, ethnically and gender diverse than previous generations, their demographic recently surpassed the baby boomers in size – and they want that reflected in the media. You could say they want their information filtered differently, with a richer blend, and more flavors.

That’s why Imara, a veteran journalist and media expert as well as a transgendered woman of color has created “The Last Sip,” a steady stream of in-depth insights and interviews that include people not featured nearly often enough on mainstream news broadcasts. The weekly, half-hour program hones in on how events shape the needs of women and LGBTQ people of color, with a particular emphasis on millennials. “Many young people are locked out of society in every single way, which has not been true in our culture for a very long time,” she says. “It used to be that by age 30, most people were feeling competent in their lives. Now even 35-year-olds can’t get married, buy cars or houses, or find job security, and this is true across race, gender and class.”

The premise of the show is that answers to our most pressing problems will lie in historically marginalized communities. “So many of these groups are not valued by mainstream news outlets,” says Imara. “The fascinating thing is these groups are the future.”

“The Last Sip’s” first cup was served on Sunday, April 15, beginning an initial eight-run ending on Sunday, June 8. Produced by Oria Media, it airs on the independent, non-profit news network, Free Speech TV (FSTV). The first segment featured a mix of politicos, academics and activists.  She asked Obama aide Jesse Moore about the impact of Paul Ryan’s departure (Imara: “He left to spend more time with his family – is he just now noticing them?”); Alexandra Bastien, a senior associate at the national think tank Policy Link, discussed inequities in the tax code in honor of April 15; and in a talk with Damayan Migrant Workers’ Association founder Linda Oalican, she explained how she rescued Filipino women from bondage situations (“the most marginalized of the marginalized”) and formed a domestic workers’ cooperative that allows them to ‘own’ their own labor.  Last on the lineup was Imara’s take on the “vagina pants” in Janelle Monae’s latest video release, PYNK.

A frequent guest on TV and radio for MSNBC, CNBC, HuffPost Live, PBS, Al Jazeera and NPR, Imara is obviously at ease with the camera.  As a reporter, her commentary has been featured in The Guardian, The Nation, BBC News, Salon and others. Her contributions to media and social justice have won Emmy and Peabody Awards; she’s also held staff positions at the Clinton White House and executive responsibilities at Viacom.

The idea for a new kind of broadcast had been percolating for about a decade, during which the biggest challenge at the outset was getting people to take the idea seriously. An initial grant from New York Women’s Foundation was “a catalytic and symbolic event.” With a track record from that major foundation they were able to generate funds from other foundations. “It helped us get more money, open the doors and put on the show.” Since a lot of the forces that are driving inequities are not local or national but global, the program will include discussion of issues with thought leaders from outside the United States, and highlight inspirational activists from Europe, Latin America, the Middle East and Asia.

Despite a long career, Imara finds she still gets revved up every time she interviews guests. “I believe there’s not a person who isn’t interesting, and I go into every interview expecting to discover something.”  She recently read that toddlers like learning because their brains are wired to give them a shot of dopamine every time the experience something new. “For me, that high never ended – in my brain, I guess I’m still a toddler.”

As a sideline, she also hopes the show will demonstrate how much transgendered women contribute to the conversations of feminists and oppressed groups. “A huge part of misogyny and patriarchy is biological determinism – and the presence of trans women helps break the link between womanhood and biological determinism.”

With a mischievous glint in her eyes, our host told viewers of the inaugural show that some people might find it uncomfortable to watch a news show hosted by a transgendered woman of color, “But they’ll get used to it. There’s a whole lot more changes in the world to come.”

This is the second in a number of upcoming articles of our new series, IN FOCUS: Eye on Changemakers, a collaboration between Women’s eNews and The New York Women’s Foundation (NYWF), to shed light on some of New York City’s most inspiring women-led non-profit organizations dedicated to empowering women and girls of diverse racial, cultural and socio-economic backgrounds.

About the Author: Catherine Wald is a contributing writer and editor at Women’s eNews. She has written for Woman’s Day, The New York Times, Reader’s Digest, Writers Digest and Poets & Writers, and has provided article, presentation and speechwriting services to corporations such as Pepsi and Ernst & Young. Recipient of numerous grants to lead creative writing workshops in the tri-state area, she is a published poet and translator, and author of, The Resilient Writer: Tales of Rejection and Triumph (Persea Books, 2005). 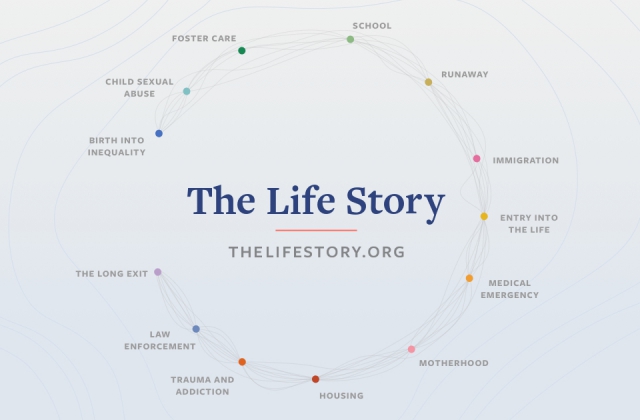 The Truth About the Sex Trade: Vulnerabilities Leading to “the Life”