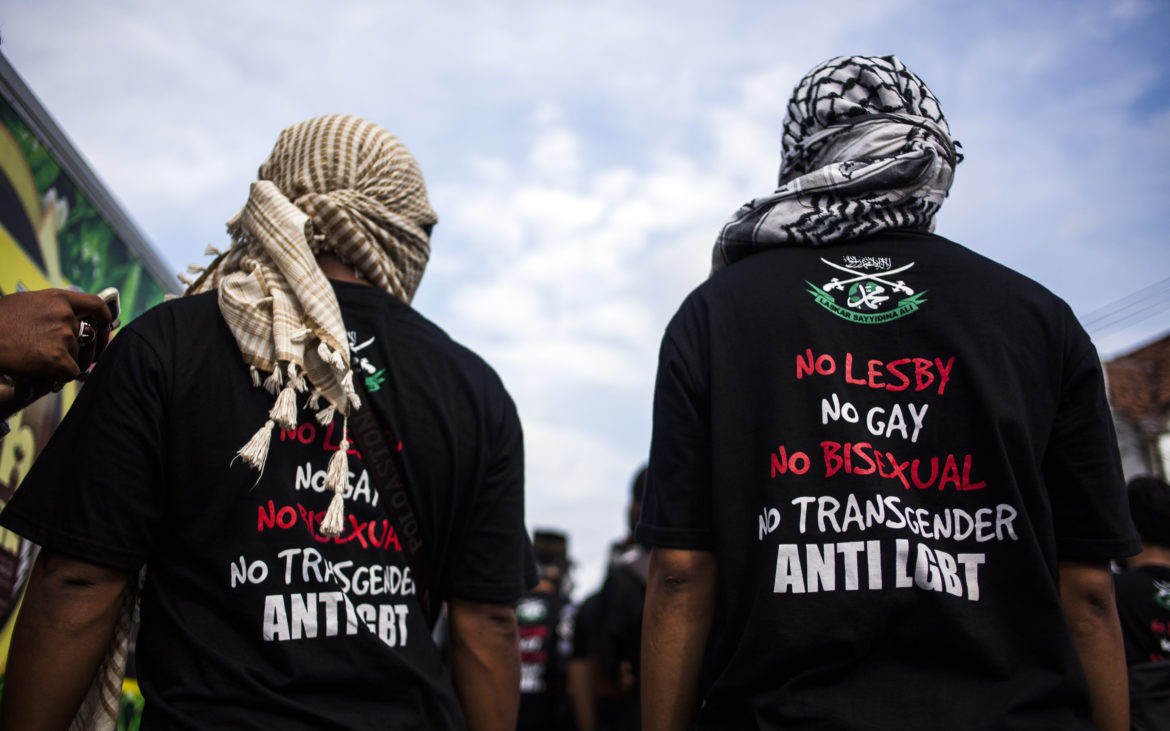 The Indonesian parliament is currently considering amendments to the country’s Criminal Code that would effectively outlaw same-sex behavior and non-marital sex, including pre-marital and extramarital sex. If passed, the amendments would result in prison terms ranging from one to nine years for innumerable heterosexual individuals and lesbian, gay, bisexual, and transgender (LGBT) adults in consensual sexual relationships outside of marriage. Criminalizing consenting adults in same sex relationships is not only a betrayal of Indonesians who are LGBT, but also a betrayal of all Indonesians who thought they were living in a tolerant country.

Conservative religious objections to homosexuality and lesbianism have always been a reality in Indonesia, but this time LGBT Indonesians would have to reckon with the force of the law. Since 2016, a coordinated campaign, involving high level government ministers, political parties, conservative media, and religious leaders, was launched against LGBT groups to spread suspicion, fear, and hate amongst the public. The results include home evictions, banning of LGBT students, prohibiting LGBT content on broadcast and online media, raids and arrests, public humiliation, and now a parliament that is poised to criminalize LGBT lives by criminalizing same sex relations.

This targeting of LGBT people is clearly a form of political maneuvering as politicians prepare for the 2019 national elections, where scapegoating of LGBT people is being used as a strategy to win votes.  For such tactics to succeed, there has to be a mass base of people who are willing to disregard the wrongness of targeting people for having different loving and living arrangements. Unfortunately, since the 2016 defamatory campaigns, this mass base seems to be growing and anti-LGBT sentiment is spreading.

Currently, religious hardliners have galvanized the country against LGBT people, but it is not just this community that is being targeted. Hardliners have also been long time opponents of women’s rights across Indonesia. According to the Indonesian Commission on Violence Against Women, there are 421 discriminatory local by-laws that control how women dress, where they work and, in the province of Aceh, how late they can be outside at night. With the proposed amendments on adultery and premarital sex, women will become even more vulnerable because morality laws are generally used disproportionately against them.

Should the amendments to the Criminal Code come into law, impacts on society may leave Indonesians in crushing situations. On top of more raids, more mass arrests, more prosecutions and incarceration, there could also be spikes in family violence. For instance, parents or other unsupportive relatives could feel encouraged to use violence to coerce their LGBT family members into submission in order to avoid legal ramifications and spare the family from public shaming. Forced mental health interventions for purposes of “conversion” will be likely. There could even be “justifiable” homicides of LGBT people on the grounds of religious beliefs about “un-sanctioned” relationships. Mob prosecutions would be legitimized and could increase. Impacts of the law and an increase in the stigmatization of LGBT people will be felt beyond the community. For example, even the parents of LGBT people could be driven out of their neighborhoods. Furthermore, LGBT people’s education, employment, or healthcare services could also be disrupted.

Perhaps a different reality can come into play, one that recognizes the inherent diversity and inclusion of Indonesian history and society. Moderate faith leaders could become more vocal, more visible, more willing to refute the misinterpretation of religious texts and show how religion is accepting of LGBT people. Families, especially parents and other elders, could protect LGBT family members from community violence. Compassionate local government officials, from mayors to council elders to village leaders, could ensure that LGBT people are accepted and not targeted for violence and discrimination. Tolerant Indonesians could shelter those who are vulnerable under the impending articles of the Criminal Code. Employers and businesses could make sure there is no workplace harassment and discrimination of LGBT employees. Healthcare providers could intervene when LGBT people are being mistreated and ensure that they receive non-discriminatory healthcare services. Concerned police officers could advise rather than arrest, be friendly rather than bully, and protect the vulnerable from mobs and vigilantes. Moderate politicians at the local and national levels could institute anti-discrimination protections. Moderate journalists could produce fair and balanced coverage that captures the full humanity, capacities, and positive contributions of LGBT people to Indonesian society. Educators could create safe learning environments for students who are targeted for bullying.

LGBT activists in Indonesia who are fighting to stop discrimination are not alone. They have the support and solidarity from other Indonesian social justice movements and advocates from women’s rights and human rights groups, as well as those working to advance good governance in Indonesia. These allies have signed petitions, joined protests, and buffered LGBT activists from verbal and physical attacks. While this is encouraging, the psychological impact of being under siege is unavoidable—an impact being felt not only by activists but also by LGBT communities at large. To weather the climate of intolerance, fear, and hate, Indonesian people with non-conforming sexual orientation, gender identity, and gender expression need to be able to rely on more than just each other and on more than just activist networks for solidarity.  They need unshrinking positive support from a broad base of Indonesians willing to defy the propaganda against LGBT people, where their support helps counter the human cost of depriving Indonesian society of its wonderful diversity.