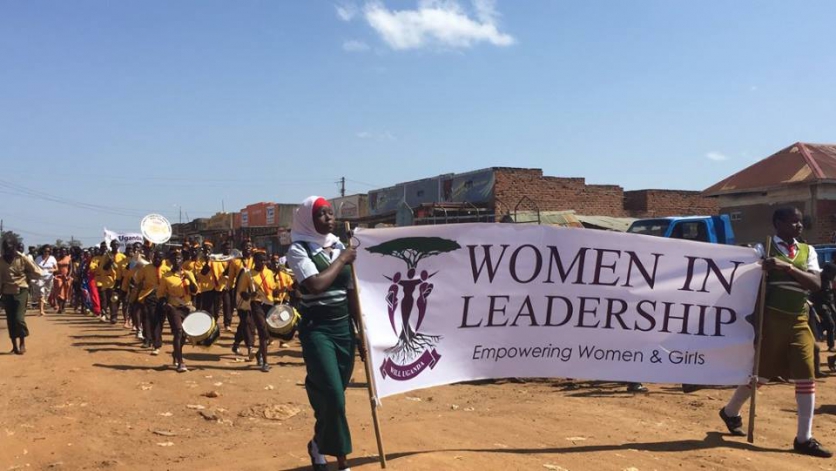 Two Girls in Uganda: Stepping Up by Speaking Out

“The roots of education are bitter, but the fruits are sweet.” We should all try to follow this saying, since I know we will succeed, with time.

The two articles that follow have been provided by WIL Uganda – Women In Leadership, a female led grassroots community based organization empowering women and girls in eastern Uganda in a rural town called Busembatia.

Women and Girls: We Shall

I’ve written this to encourage my fellow girls to stick to their studies, if they truly want to show the world that they can do as well as men, if not better.        By Namulinda Shamim Fatuma

As people say, “the roots of education are bitter, but the fruits are sweet”. We should all try to follow this saying, since I know we will succeed, with time. In Uganda, however, girls are denied studies and access to education, since many parents believe that girls were created for housework like cooking, washing clothes and fetching water.

I am lucky to be studying and I really work hard to show my parents that I am grateful. In Uganda, there is a large percentage of girls dropping out of school  because of traditional beliefs about the roles of women. Their aunts and peers think they shouldn’t be there. Sometimes girls their aunts more than their mothers, even though the mother carried her for nine months in her womb, just because the aunt wants her niece to have relationships with boys. This is what often causes tears and discourages parents from educating their female children.

My fellow girls, I want to assure you that this is wrong. What you should know is that respect starts from you. If you don’t respect yourself, then nobody else will respect you. A true example of a women’s power is the honorable Rebecca Alitwala Kadaga, a lawyer and politician in Uganda. She endured hardships during her studies, but succeeded and met her goals. She is now the speaker of Parliament. We can do that too, if we try and trust that we will.

If I were to become president one day, I would pass strict laws against parents who discourage their children from their studies, because it is simply not fair to educate boys while demanding girls do all of the work at home. This would help to reduce the number of illiterate girls in the community.

To reduce school dropouts, I would also fund schools to provide enough basic needs and scholastic materials for the children. This would make them feel comfortable and create positive attitudes towards studying, while helping them to complete their tasks well. I would also set up schools with skilled guides and counselors to help guide and counsel girls who are discouraged about learning, to help make them more interested by making it also fun and enjoyable.

Ugandan women should have equal access to education, so that they can stay in Uganda and help make our country better. Educated girls mean educated women and one day, we will.

A gendered life is a situation where women and men, as well as girls and boys, are not treated equally. In Uganda, my mother nation, this has always been the way, but things are changing. By Nankinga, Joanitah

Long ago in Uganda, women and girls experienced a gendered life and were treated as slaves by their husbands and parents. They were denied their rights, denied education, and even as parents themselves believe that girls were only created to do domestic work like cooking, fetching water and firewood, and caring for the children. Young girls were taken into marriage without their acceptance, and women were forced to have sex without their consent. Women were denied their rights, not allowed to eat various foods like chicken and fish, and were forced to go to the garden and dig. They were also supposed to cook for their husbands and carry the children whilst they were digging.

But today, women and girls are mostly treated well, and are not denied their rights. Women can also cater for the family, pay school fees for the children and provide basic needs.

As women and girls, we should be treated as equal to men and boys. Equality is important to all of us because we are all human beings. Girls can do what boys can do and women can do what men can do. My fellow girls and women, if you are mistreated, please get up and speak out. Through story-telling and conversations, together we can solve our problems.

So, may you never be thrown down or be undermined. Trust yourselves, just like the women in parliament who fought hard to succeed and create a bright future. They concentrated on their books when they were in school, and in the end, they succeeded.

Men, please stop undermining and mistreating women, because they can also do what you can do. You should respect us, and we shall respect you. Let’s treat each other as we want to be treated. All brothers and sisters, all humans in this world.

So, girls, as we are now at least given more opportunities to do what we want, let us use this. By remaining in school, staying away from bad peer groups and respecting our parents, we shall also become responsible people in the future. We will show them that as girls, we can. 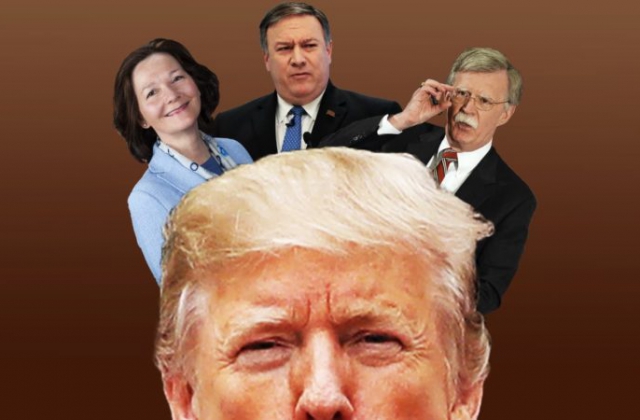 Trump’s New War Cabinet: An Even Greater Danger to Humanity