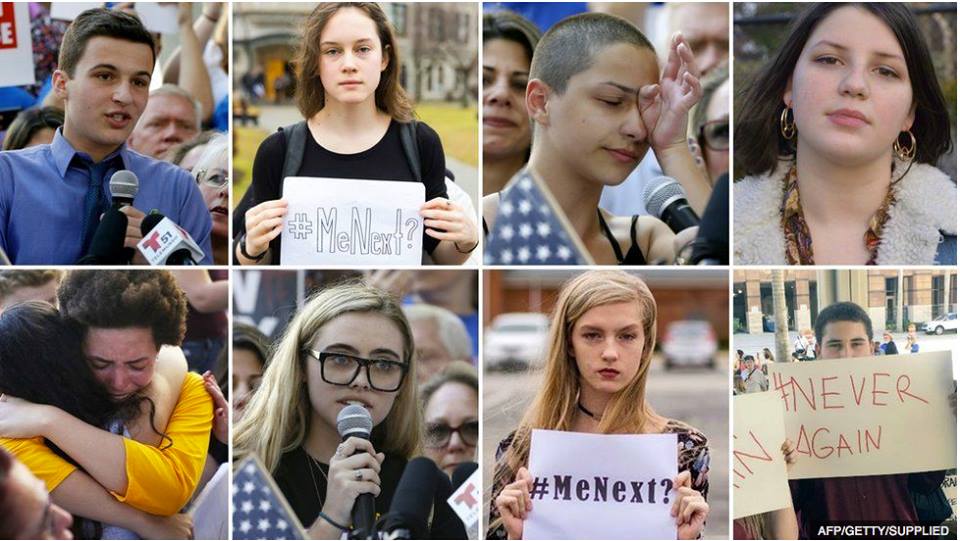 On Friday, February 16, just two days after 17 people were killed at Marjory Stonemason Douglas High School in Florida, 16-year-old Violet Massie-Vereken led a student walkout from her high school (Pelham Memorial in New York) to protest the inaction of lawmakers at every level of government on gun control legislation. Standing in front of the school, she held her self-made sign carrying the words, #MeNext. She then created a #MeNext Facebook page, asking all students in the US who agree to post photos of themselves holding their own signs with the words #menext. Thousands of photos poured in, and the page has received over 10,000 likes. “This is only the beginning,” Violet says. “Change is coming!”

Violet with be honored along with 21 other outstanding leaders at our ’21 Leaders for the 21st Century’ 2018 Awards Gala on Monday, May 7th in NYC. In of support of the #MeNext? and #MeToo movements, we are asking all attendees to WEAR BLACK IN SOLIDARITY.