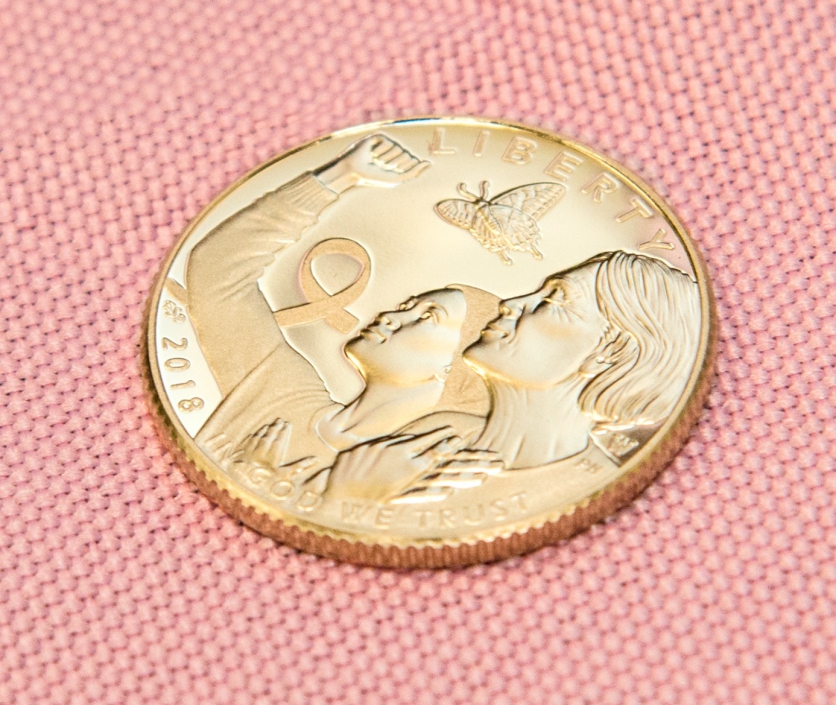 Striking Back Against Breast Cancer: One Coin at a Time

“At a time when our national debt is over $20 trillion, it is more and more difficult to find money for important things like cancer research,” – Congresswoman Carolyn Maloney. Rep. Maloney authored the law establishing the commemorative coin program. The bipartisan Breast Cancer Awareness Commemorative Coin Act (H.R. 2722) was signed into law in 2016. Coins will go on sale on March 15, 2018, and surcharges from the coin sales will benefit BCRF to support breast cancer research. BCRF is the top rated breast cancer research organization in the country, with an A+ rating from Charity Watch and 4 out of 4 stars from Charity Navigator.

“At a time when our national debt is over $20 trillion, it is more and more difficult to find money for important things like cancer research,” said Congresswoman Maloney. “This Commemorative Coin Program is a creative solution to that problem. Not only will sales of these coins help spread awareness, they also have the potential to raise up to $8 million in private funds for breast cancer research without any cost to taxpayers. One in 8 women will be diagnosed with breast cancer in her lifetime, and the only way for us to eradicate this deadly disease is through research. This coin program takes us another step closer to finding a cure.”

“Breast cancer is one of the most urgent public health issues of our time. As the second leading cause of cancer deaths in women across the U.S., there are too many people we lose to the disease each year,” said Myra Biblowit, BCRF President. “But progress is possible—mortality rates have decreased by 38% over the last 25 years. We will eradicate breast cancer and support from the Commemorative Coin program will help us achieve our mission even faster.”

The Breast Cancer Awareness Commemorative Coin Act (H.R. 2722) directs the U.S. Treasury to issue up to 50,000 $5 “pink gold” coins, up to 400,000 $1 silver coins and 750,000 half-dollar clad coins with a design symbolizing the fight against breast cancer during 2018. The production costs of these coins will be fully covered in the sales price, and the surcharges will benefit the Breast Cancer Research Foundation, headquartered in New York. No taxpayer money will be used in the production or sale of the coin.

The legislation instructed the U.S. Mint to conduct a nationwide competition to solicit proposals from artists and select a final design. The winning design was unveiled on October 23, 2017 during a ceremony at BCRF headquarters in New York City.

The House of Representatives approved the bill introduced by Reps. Carolyn B. Maloney (NY-12) and Pete Sessions (TX-32) on July 15, 2015. The Senate passed the bill sponsored by Sen. Heidi Heitkamp (D-ND) and former Sen. Kelly Ayotte (R-NH) by Unanimous Consent on April 19, 2016. The President signed Rep. Maloney’s bill on April 29, 2016.

In 2017, the Breast Cancer Research Foundation (BCRF) funded $59.5 million in grants across 15 countries, making it the largest private funder of breast cancer research in the world. BCRF is dedicated to keeping administrative costs low. Of every dollar donated to BCRF, $0.91 goes to research and awareness programs—$0.88 towards research and $0.03 towards awareness. BCRF is the highest rated breast cancer organization in the U.S. with an A+ rating from Charity Watch and 4 out of 4 stars from Charity Navigator. Clinical advances resulting from research have resulted in a 38 percent decrease in mortality rates in the last 25 years.

3 responses to “Striking Back Against Breast Cancer: One Coin at a Time” 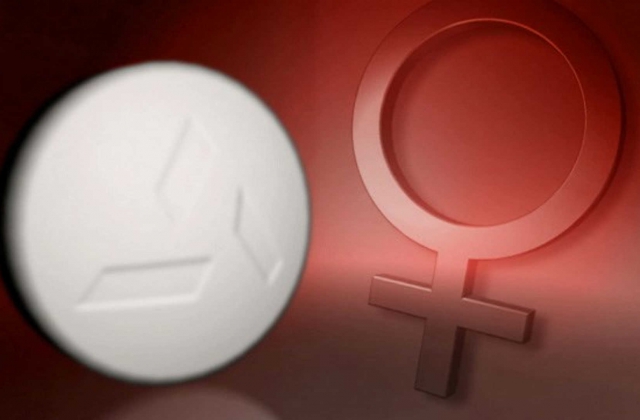