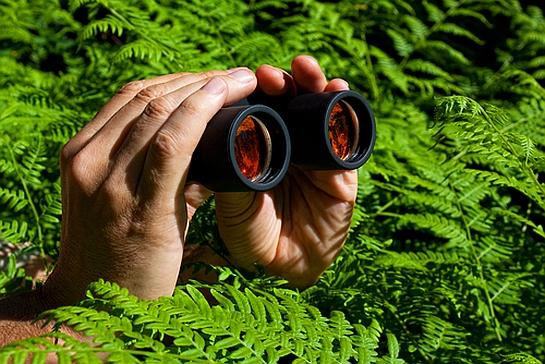 What Do Patriarchy and Surveillance Have in Common? Ask Women.

My local library is a rickety old place, one that seems dark inside even when it isn’t. The classic fiction section, which I most like to raid, is in a corner. One Saturday afternoon last summer, I was standing there when I noticed a man sitting on a nearby chair staring at me.

He had that little smile on his face. You know the one. It’s the same one you see on the faces of men who stop dead in the street to stare at a woman as she passes. They don’t actually expect any acknowledgment, but they they do so because they can. In their minds, it seems, they have a right to.

And, because to that, we feel somewhat less.

If you find this behavior infuriating and demoralizing, you should also be outraged about the most flagrant starers of all; intelligence agencies such as the National Security Agency (NSA) and its frequent collaborator, the Federal Bureau of Investigation (FBI). Agencies such as these possess vast powers to gather highly personal information without consent or a judge’s sign-off—including under Section 702 of the Foreign Intelligence Surveillance Act, a massive warrantless authority that the agencies are currently trying to convince Congress to renew, and the even more shadowy and expansive Executive Order 12333.

Laws such as these entitle officials to open your personal life to the unblinking eye of the state, collecting extremely sensitive information including, for example, communications about your religious and political beliefs, sexuality, family relationships, and health history. The key word here is “entitled,” since you have no control over this, and judges largely don’t either. Moreover, the agencies believe they have no obligation to tell you that you’ve been a victim of intelligence surveillance (except in a handful of criminal cases meeting criteria that have never been fully disclosed).

One problem with constant or invasive monitoring, as many women would likely attest, is that the prospect of being watched makes a person change her behavior. She may avoid saying things she wants to say, go where she wants to go, and take part in certain activities, and this is disempowering. Implicitly, unwelcome and overbearing attention is also a kind of threat—a threat that it will escalate into something worse. It’s not a coincidence that monitoring of communications, including through phone or internet surveillance, is a tool of control wielded by perpetrators of domestic violence.

Of course, domestic violence and similar abuses are much more overt and palpable than government surveillance. However, there are similarities in the ways our knowledge that the government might be watching that discourage us from visiting potentially controversial websites, messaging friends or relatives who have experienced problems with law enforcement or who hold unpopular views, or “liking” certain social media posts. It makes us think twice before discussing important information—such as problems with addiction—with our doctors or religious advisers via e-mail, and it may very well prompt us to not participate in a protest. Moreover, as a forthcoming Human Rights Watch report will point out, evidence gathered through secret surveillance may subject people to unfair imprisonment, worsening an already inequitable criminal justice system.

As people in the United States take part in a widespread reckoning with the patriarchal power imbalances that facilitate gender-related abuse, it is time to also think about the imbalances between the well-funded, secretive, male-dominated intelligence agencies versus the rest of us. Everyone should be paying attention to the looming renewal of massive, intrusive spying under Section 702 and the gigantic data collection the NSA has been conducting under Executive Order 12333. When we’re confronted with the NSA’s and the FBI’s arguments that Congress should allow them to engage in sweeping, and largely unaccountable activities under these or any other laws, our answer—and our message to our representatives—should be the same:

“The agencies are not entitled! Get a warrant!”

Sarah St.Vincent is a researcher on US national security and surveillance at Human Rights Watch.

One response to “What Do Patriarchy and Surveillance Have in Common? Ask Women.” 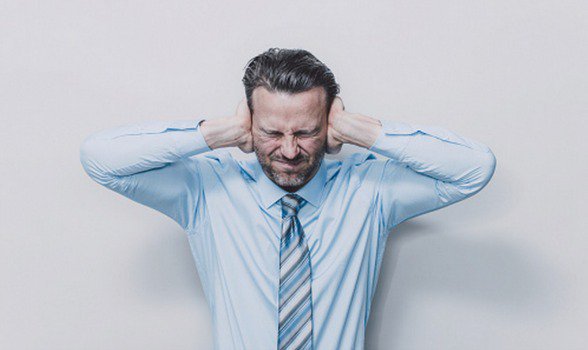 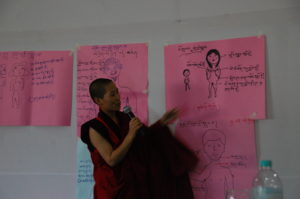