I Almost Died Due to Medical Bias

I never felt better. Then, I almost died.

As a life-long athlete, I am no stranger to discipline, nutrition, and exercise. In 2014 alone, I routinely squatted and deadlifted nearly three times my body weight, regularly ran on mountainous trails 8,500+ feet above sea level, and completed a marathon and an ultramarathon.

I never felt better. Then, I almost died.

Shortly after my ultrasound, I felt exhausted and had menorrhagia so severe that I couldn’t leave the house without towels and extra clothes. I gained fifty pounds in about six weeks, with no alterations to my diet or exercise habits.

For almost two years, doctors dismissed my symptoms. Then, suddenly, I lost a third of my blood volume overnight, awaking every half hour in pools of blood, because of a large, undetected uterine fibroid. I was rushed to a surgeon who was the first doctor to recognize the seriousness of my condition, saying, “You have a case of BDT: bleeding to death.”

I wish I could say this led to a long-term medical solution. It did not. Despite an emergency, life-saving surgery and another nine months of doctor and hospital visits, I am still chronically ill, have no diagnosis, and have paid tens of thousands of dollars in out-of-pocket medical expenses. That’s with employer-provided health insurance and a fair amount of privilege in navigating the medical system.

What’s missing from the ongoing debates about healthcare policy is how frequently women and members of other marginalized groups face systemic bias in seeking medical care and treatment. In seeking an accurate diagnosis, I’ve navigated the medical system in two kinds of bodies – one that looks athletic and one that looks overweight – each triggering a host of assumptions and biases in the medical practitioners overseeing my care.

In my athletic-looking and unhealthy body, doctors believed me when I said I had a nutritious diet and exercised regularly. However, they assumed nothing was wrong because I looked stereotypically healthy. They applauded my discipline and encouraged me to eat more protein and iron and keep pushing through the fatigue.

In my overweight and unhealthy body (because the two are not one and the same), doctors agreed that I was unwell, but faulted my weight and lack of self-control. They refused to believe that I had a healthy diet or exercise regimen. One even told me, “If you’re gaining weight, it’s because you’re eating too much. You’re either measuring your food improperly or you’re lying to yourself,” framing her concerns about my health as a “lifestyle” critique, rather than focusing on the new batch of 14 cysts that appeared in my uterus. My body weight suddenly became the cause rather than another symptom of my ongoing illness and I was to blame. During this time, the fundamentals of who I am and what I value did not change; but my outward presentation did.

While I study bias for a living, my shifting body provided me with a new and personal vantage point for understanding bias in the medical system. Ben Barres, a neuroscientist who transitioned from Barbara to Ben during his career, made a similar observation after being told that his work is better than his sister’s (he doesn’t have a sister). Navigating the same system in a different body can make you “vividly aware” of stereotypes and bias.

Overweight people who identify or who are identified as women or female-bodied are often faced with medical bias that sits at the intersection of gender and weight that tells us that we need to take up as little space as possible. This regularly leads to unhelpful advice, fat shaming, gaslighting, elevated physiological stress, body image issues, and a failure to accurately diagnose more salient health concerns, some that may even be causing weight-related symptoms.

Being overweight, however, does not automatically result in negative health consequences. Recent research, for example, shows that being overweight can even be a protective marker of health, sometimes guarding the body from other chronic conditions, such as heart disease, burns, stroke, cancer, and pneumonia.

The popular narrative of self-control would have us believe that if we push hard enough, dig deep enough, eat little enough, and move through our pain long enough, we, too, can have “strong,” “healthy,” productive bodies. Tapping into our willpower may help us achieve what might have once beenunimaginable to us. But, taken too far, it can also be quite harmful, especially when the systemic practice of medicine wrongly equates fat with disease and thin with health. Worse, no amount of discipline and calorie cutting will “cure” conditions in which the overly simplistic “calories in – calories out” weight loss equation does not apply.

Along the way I’ve met a few rare doctors and nurses who treated me with a tremendous amount of compassion and validation. Each time I do, I’m overwhelmed with gratitude.

In a profession with an oath to “remember that there is art to medicine as well as science, and that warmth, sympathy, and understanding may outweigh the surgeon’s knife or the chemist’s drug,” treating patients with respect and without bias should be the rule, not the exception.

Dr. Heather Metcalf is a Public Voices Fellow with The OpEd Project and is Director of Research and Analysis for the Association for Women in Science (AWIS), where she leads empirical research on equity, inclusion, and the STEM workforce.

From Constitution to Classroom: Can an ERA Prevent Sexual Assault in K-12 Schools? 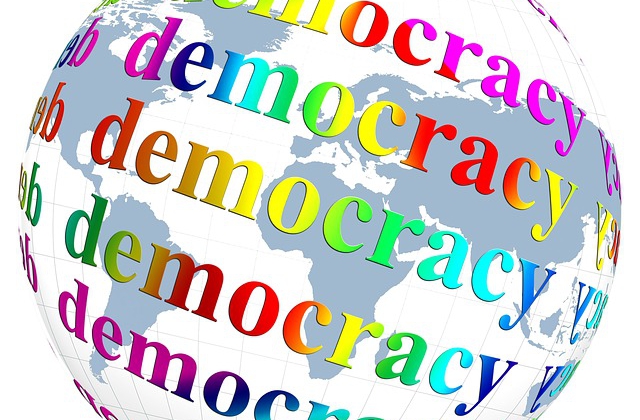