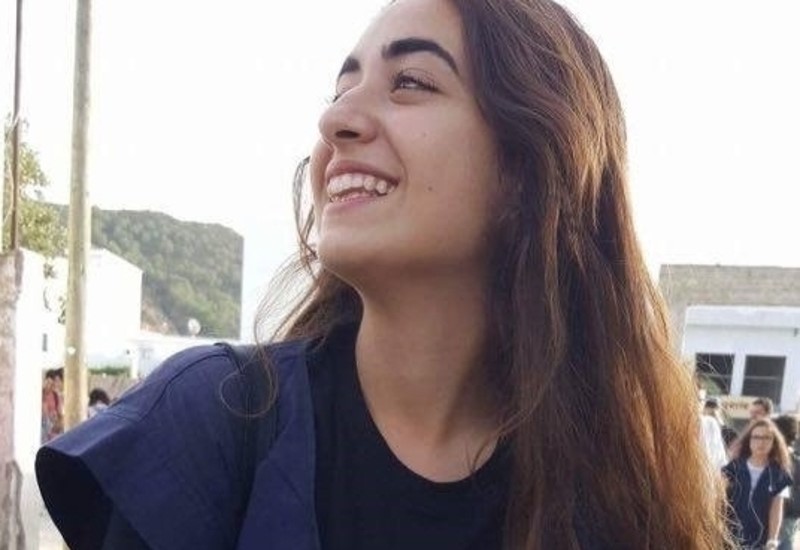 The school dress code rules in Tunisia are discriminatory, these girls say. “Why can boys feel comfortable in their casual clothes while we girls have to wear this smock?” one says.

(WOMENSENEWS)–As part of her back-to-school shopping, Sarah Chaouachi, 16, bought a collection of knee-length dresses that were modest and a fashionable alternative to the smock all girls must wear at her public school in Bougarnine, a suburb in the south of Tunis.

On the day she wore one of the dresses to school, an administrator yelled at her to go home and change her dress.

“She told me: ‘You’re wearing a dress. Girls don’t wear a dress to school.’ After a huge argument, she threatened to expel me. Expel me for what? For having the misfortune of being a girl and wearing a dress,” said Chaouachi.

The Tunisian Ministry of Education has a girls-only dress code policy. Girls are required to wear a smock over their clothes that covers their breasts, waists and hips. Boys can come to school in their ordinary clothes.

Many of the teens Teen Voices talked to in the southern suburbs of Tunis, Tunisia’s capital, consider the policies to be sexist.

“It is a great proof of inequality between boys and girls,” said Yosra Klouz, 17, a student at Cité Salem high school in Boumhel. “Why should I wear a smock? Because I’m a girl and I’m aoura.” In Arabic aoura means something that awakens the desire for males especially.

“In my school, girls aren’t allowed to attend classes unless they are wearing their smocks,” she said. “Some of them, have missed exams because of that. A few were expelled.” She makes a point to never forget to wear her smock.

Rimes Laajimi, 15, considers the smocks as a discrimination mark, like a scarlet letter. “Why can boys feel comfortable in their casual clothes while we girls have to wear this smock?” asked Laajimi, a student in a private school. The smock “distinguishes girls [for] their body and their femininity.”

When she was younger, prominent feminist and blogger Lina Ben Mhenni was told by her mother that the smock was meant to hide all forms of difference between students.

“She told me that all students are equal when they’re wearing the tabliya as both rich and poor [must wear them]. But I had never been convinced by this answer,” said Ben Mhenni, using the Tunisian word for smock. “How can wearing a tabliya, which is a form of discrimination between the two genders, be a way to ensure equality between students? What about boys? Does the tabliya really hide the clothes under it? Does it hide signs of wealth or poverty?”

Last fall, Ben Mhenni was invited to speak about violence against women at Pilot High school in Sfax, a city in the eastern part of Tunisia. After her speech, some students wanted to know her opinion on the smocks. She explained that she considered them to be a form of discrimination. The next day, a teacher at the school told her the students organized a protest against the smock policy. Instead of the girls wearing the smocks, the boys wore them in solidarity with their female peers. While the school’s administration confirmed the protest took place, they wouldn’t comment on the issue.

Last September, in a separate incident, students took to Facebook as a mobilization tool and created the event, “Smocks for everyone or no one with smocks.” According to the page, 259 students went smock-less from Sept. 27 through Oct. 1. Event organizer Rachid Ben Othman said his event was one of many throughout the country.

He was displeased with the overall participation of his protest, but he was specifically upset with the boys. “The reaction of the male students who were opposed to this initiative and considered it as an assault to their virility has shocked me,” said Ben Othman, president of Tunisia’s League for the Defense of Secularism and Freedom and a co-organizer of the country’s first SlutWalk in 2015.

Female students he spoke with said they suffered from pressure and intimidation from adult staff and from the non-solidarity of the female headmasters. “The girls have undergone enormous pressure from the school’s administration. They threatened to expel them,” said Ben Othman. “I was tremendously disappointed with the female headmasters, who didn’t support the girls at all. They were extremely severe with them.”

“The mandatory wearing of smocks for female students is contradictory with the Tunisian constitution,” said Saafi, who attends a private school, “and the values of our country and its motto: Freedom, Dignity, Justice and Order.” Saafi, who wants to become a lawyer, said the mandatory smocks are a restriction of freedom.

“It’s also contradictory with the Art 21 of the Tunisian constitution, that ‘all citizens, male and female, are equal in rights and duties. They are equal before the law and without discrimination,'” she added.

Many girls have tried to speak with the administrations and the principals of their schools about the dress code policy, but they haven’t made much progress.

“The principal and the supervisors always tell us the same thing,” said Eya Kchouk, 16, a student at the Ibn Rachik high school. “‘You’re here to study not to show your clothes or your body off. As a female, you must respect yourself and those around you.’”

Nevertheless, Saafi, said this is an important battleground issue.

“The abolition of the mandatory wearing of smocks in schools is a first revolutionary step in order to change the Tunisian society’s mentality,” said Saafi.

She tried to speak with the principal of her school about this policy but was told that it’s the school rules and they can’t be changed. “It’s important to make this change in schools, because it’s in schools that the future generations of adults are essentially raised.” 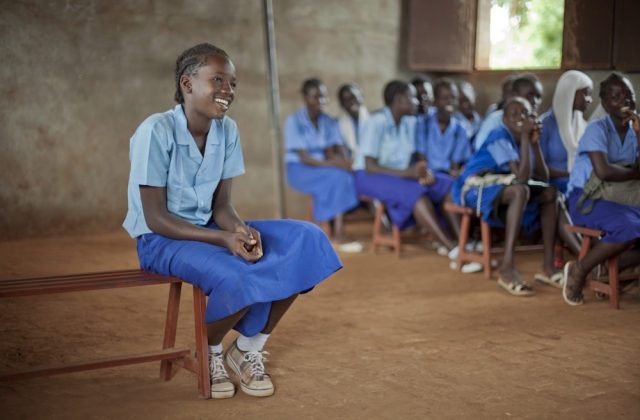 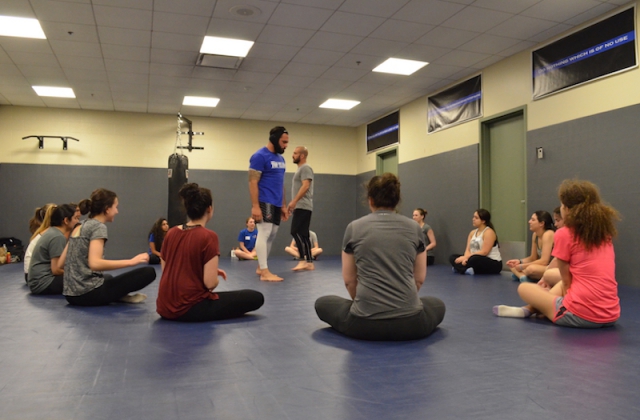