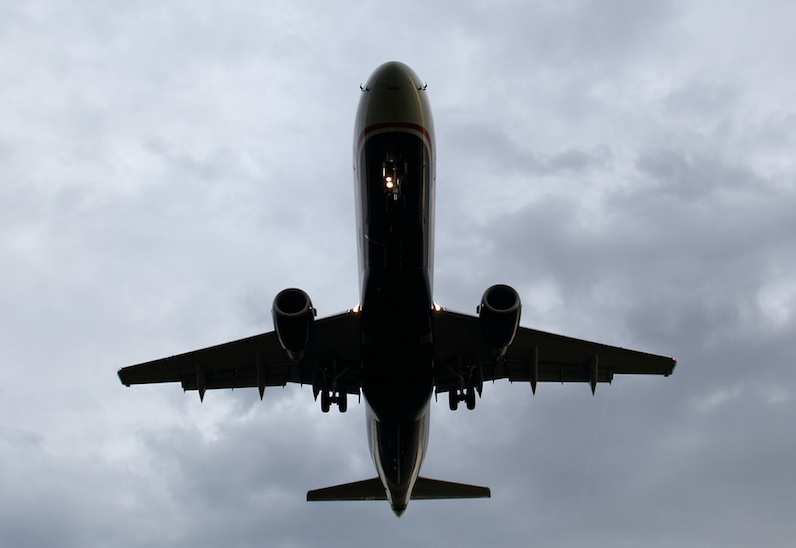 (WOMENSENEWS)—For those who are part of illegal industries such as human trafficking, living in the shadows and being on the move is a way of life. Whether participating by choice (as perpetrators) or by force (as victims), these people spend much of their time on highways, in airports and hotels and on trains and buses actively evading attention from others.

The victims of human trafficking, who have been lured, abducted or tricked and then forced to sell sex or labor for no pay in abusive and coercive situations, are transported city to city by their pimps or abductors, who seek out paying customers while also trying to evade suspicious observers.

In the U.S., often young girls with low self-confidence and low self-esteem are at the highest risk of becoming victims of sex trafficking. Traffickers are masters at manipulating and exploiting at-risk girls. These traffickers, or pimps, prey upon girls’ vulnerabilities, often showering them with praise or even gifts in order to gain their trust and loyalty. However, traffickers are in it for the massive amount of money that these girls can make for them.

But that need to constantly relocate exposes perpetrators in the trafficking industry to a different vulnerability, one that those of us dedicated to ending this type of modern-day slavery must take advantage of. While pimps and other trafficking criminals are in transit in airports, bus terminals, rest stops and hotels, they constantly come into contact with scores of strangers who could help in identifying and bringing traffickers to justice, if only they knew how to recognize the signs of human trafficking.

As faculty at the University of Southern California Institute for Global Health, I’m currently part of the Human Trafficking Housing Solutions Coalition. This coalition includes three organizations based in Los Angeles–1736 Family Crisis Center, Covenant House and Saving Innocence—and has received a large grant through the California Office of Emergency Services to train professionals working with victims of abuse to better reach and identify human trafficking victims. Most large cities have organized task forces that train law enforcement officials to do this. This type of training is crucial to curtail the human trafficking industry, but it can only work if many others in various segments of our society understand this work and help support it in their own communities.

I’m encouraged by recent innovative examples of groups from government, universities, nonprofits and regular individuals coming together to train people in the hospitality and transportation industries who are most likely to encounter human trafficking victims. For example, this January, Connecticut Gov. Dannel Malloy announced a new initiative to train hotel and motel operators and employees to spot the red flags of human trafficking. As part of the initiative, students from the Quinnipiac School of Law are organizing free trainings for hotel and motel employees throughout the state. Another recent example was Alaska Airlines flight attendant Shelia Fedrick, who identified and assisted a trafficking victim on a flight from Seattle to San Francisco. The nonprofit organization Airline Ambassadors International, founded in 2009 by a flight attendant, hopes to instill this type of awareness and sensitivity in other flight attendants. It does this by training workers at airlines and airports on how to spot and report cases of human trafficking.

The trucking industry is another one where some observant employees have realized that their own worlds could overlap with human trafficking. CNN recently published a story of a truck driver named Kevin Kimmel, who thought he noticed suspicious activity around a vehicle at a truck stop. He ended up playing a major role in helping law enforcement officials free a young woman who was a victim of sex trafficking. Now, Kimmel speaks about that experience at anti-trafficking events all over the United States because he understands firsthand how valuable the trained eye of someone in his position can be.

Politicians are also starting to understand the role the trucking industry can play in this fight. Recently, the Texas Senate brought forward a bill that would require anyone hoping to obtain a commercial vehicle license to go through a human trafficking awareness course. Kansas and Arkansas legislatures may soon consider similar bills. And the state of Ohio already mandates people seeking such licenses to receive training on how to help spot the signs of human trafficking.

These are promising steps toward better public awareness of how human trafficking works and how citizens can do their part to cripple this abusive industry. But it’s only a start — efforts need to go much further.

Every state should follow the lead of those like Texas to enact innovative laws and policies to help discourage human trafficking in their states and to identify perpetrators and victims. It’s also important that different sectors collaborate to design best practices in effectively training their workers on how to recognize the signs of trafficking. Employees in other sectors, such as law enforcement and health care professionals, who are likely to come in contact with trafficking victims also need extensive training.

The Human Trafficking Housing Solutions Coalition is working to improve outreach and services for trafficking victims. Yet such services, such as legal assistance and shelters, are very limited. Additional funding and other resources could be provided at the local, state and federal levels for such training programs and services to better assist victims. Finally, more research could help better elucidate the scope of the problem and how to best combat it.

If we’re serious about mobilizing workers across the travel and hospitality industries to help fight trafficking, we have a massive logistical training task ahead of us. With the victims of this industry in mind, now is the time to step up our efforts and work together to put an end to human trafficking.

Mellissa Withers, Ph.D., MHS, is an assistant professor at the Institute for Global Health at the University of Southern California Keck School of Medicine. She received her Ph.D. in community health sciences from the UCLA Fielding School of Public Health in 2009. She also holds a master’s degree in international health from the Johns Hopkins Bloomberg School of Public Health and a B.A. in international development from UC Berkeley. Her research focuses on global reproductive health and women’s empowerment, including human trafficking, HIV/AIDS prevention and family planning.