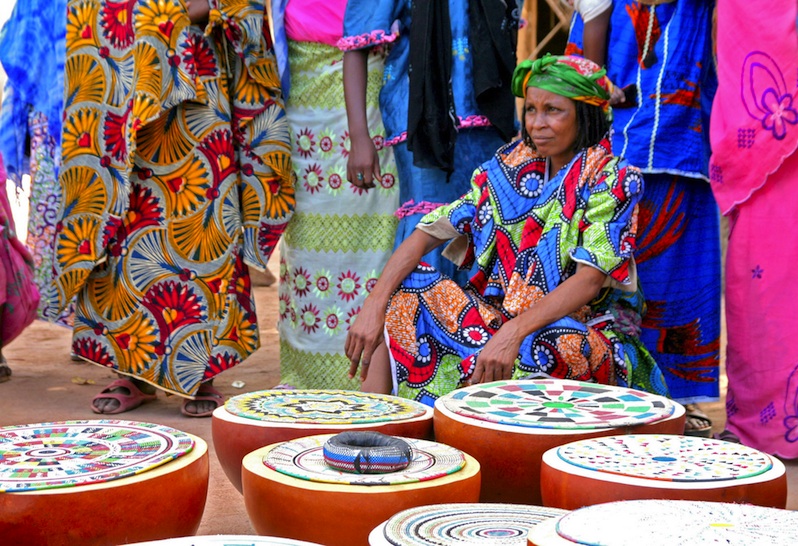 Brice Blondel for HDPTCAR on Flickr, under Creative Commons

(WOMENSENEWS)—Last month the Google doodle honored Esther Afua Ocloo, one of Ghana’s most successful entrepreneurs and an early advocate for women’s microfinance, on what would have been her 98th birthday.

Never heard of her? You’re not the only one.

Africa, which boasts some of the richest human diversity on the planet both genetically and culturally, is filled with female entrepreneurs like “Aunti Ocloo.” Yet the dominant media image of Africans still remains one of desperate people mired in misery: disease, famine, civil war, crippling poverty. This continual negative narrative can have wide-reaching consequences.

Ocloo began her first business in the 1930s selling jars of homemade marmalade on the street. At the time, she had less than one U.S. dollar. She worked her way up, gaining contacts first with her school, then with the military and finally building an international export company, Nkulenu, which still operates today. Her driving passion was to make Ghana, and especially its women and agricultural workers, self-sufficient.

In 1976, she co-founded Women’s World Banking, a microlending group that now serves more than 24 million micro-entrepreneurs worldwide. In 1990, she was the first woman to win the Africa Prize for Leadership. When she passed away in 2002, she was honored with a state burial.

While Ocloo is an excellent example of female African entrepreneurship, she’s not the only one. Last month Forbes covered rising stars such as Lucia Bakulumpagi-Wamala, a 34-year-old Ugandan founder of Bakulu Power, a renewable energy company focused on solar grids and a biomass production plant in a refugee camp; Jennifer Shigoli, a 30-year-old Tanzanian lawyer and diplomat who founded a personal hygiene company that produces and distributes reusable sanitary pads; and Nichole Onome Yembra, the 29-year-old Nigerian chief financial, risk and investment officer for Venture Garden Group, a holding company of financial technology.

While these are the success stories that have garnered international attention, I’ve seen this same proclivity for entrepreneurship in the course of my work in West Africa, in Mali and Burkina Faso. Nearly all the youth I spoke with had dreams of running a business: a café in Bobo-Dioulasso, a grain bank in their local village, a transnational textile trade to meet Burkina Faso’s demand for Malian bazin fabric.

Some plans were successful, others never get off the ground for lack of capital. But the same thread of optimism, creativity and desire to build something better for their communities runs through millions of young women across the continent.

That Africa boasts so many entrepreneurs is in fact unsurprising, as research has shown that lower per capita income correlates with higher rates of entrepreneurial activities. And though not every young entrepreneur will become an Ocloo, the Forbes’ list of 30 shows the amazing things some go on to achieve.

We just seldom hear – or remember – these stories of entrepreneurial success, and thus the image of Africa as a place of suffering goes unchallenged.

To be sure, many African countries have experienced civil war, famine and epidemics. However, consistently putting these events in the context of the continent’s vast human potential can reframe the image of Africa from one of misery to one of ingenuity and resilience.

If we do not, both Africans and Americans will continue to face serious consequences. For example, when large-scale suffering in Africa does occur, the Western public is often completely desensitized to it. Right now millions of lives in South Sudan, Somalia and Nigeria are threatened by famine, and yet the international response and coverage has been tepid at best. We assume this is the norm in Africa—which, for the record, it is not.

This negative portrayal can also have devastating impacts on our ability to forge international relationships and partnerships. Consider the travel ban for people from Sudan, or the recent case where every African participant was denied a visa for an African trade summit held in California.

In light of this usual narrative about Africa, Google’s homage to Ocloo is a welcome change. But it’s just the beginning. We must continue to humanize the news from Africa and celebrate the accomplishments of these women to not only strengthen international connections and increase our ability to collaborate for the greater good, but so we can see tragedies like the current famine for what they are—a tragedy.

Laura McPherson is an assistant professor of linguistics at Dartmouth College, a specialist in West African indigenous languages and a Public Voices Fellow.