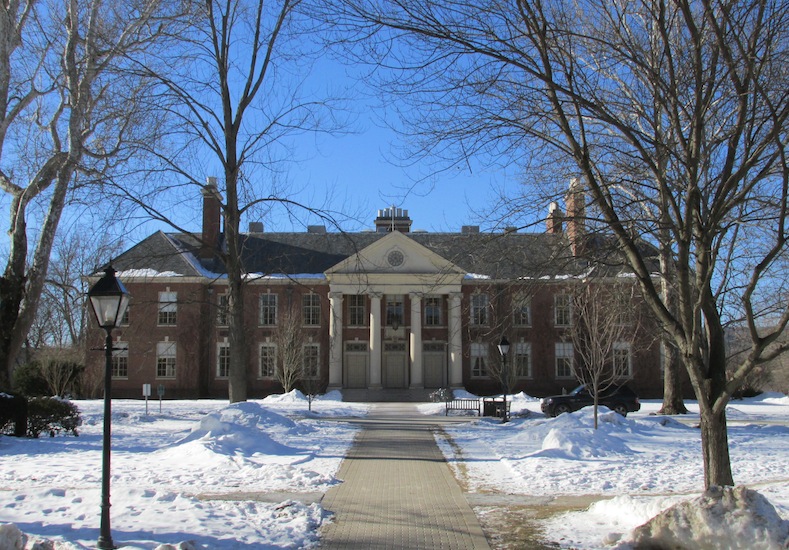 DEERFIELD, Mass. (WOMENSENEWS) –When Mable was a sophomore at Deerfield Academy, an elite boarding school in Western Massachusetts, she was sexually assaulted by a senior boy on campus. Afterwards, she hesitated to confide in an adult at the school.

When Mable, whose name has been changed due to the personal nature of her story, eventually met with a school counselor, she was told the assault had to be reported to the school’s administration. She was asked to write a report about the incident and asked repeatedly to recount the experience to teachers and administrators.

The whole process was stressful and taxing, Mable said, one that forced her to relive her assault. “I got thrown into this thing that I didn’t necessarily want to be in.”

Deerfield Academy did not find the boy guilty and Mable, who was eager to put the events behind her, did not pursue any legal action. But after the incident, students created a school club, called Deerfield Students Against Sexual Assault (DSASA), to address sexual assault on the school’s campus and to provide a safe space for victims to seek help.

As a private school, Deerfield Academy doesn’t receive federal funding, thereby exempting it from Title IX rules that require protection against sexual assault. This lack of mandatory protection can leave students in a difficult situation when an assault does occur and sometimes without recourse, as has been documented in another elite private school.

Nearly all of Deerfield’s 651 students live in 16 single-sex dorms across campus. Though there are no rules for visiting friends of the same gender, the dorm room door must be propped open for visits between boys and girls or those between a same-sex couple. While these arrangements are meant to keep Deerfield students safe, Mable said sexual assault happens on campus regardless.

Sami Habel is one of the cofounders of the group set out to create awareness around the issue.

Activities of DSASA include screenings of the documentaries “Miss Representation” and “Audrie & Daisy” and an annual conference with other students and teachers from New England boarding schools, such as the Northfield Mount Hermon School, the Stoneleigh-Burnham School and the Williston Northampton School. The first conference was in the spring of 2015; another one is being planned for the fall of 2017. The conference has helped foster dialogue on room visitation regulations and hook-up culture, both of which happen on the participating campuses.

This past fall, for the first time, Deerfield Academy hosted talks, movie screenings and discussions on sex, sexuality, gender and sexual assault. These “Gender Symposiums” have included talks on “consent and just-right dating.” There’s also a forthcoming screening of the documentary “The Hunting Ground,” which looks at sexual assault on college campuses, that is required for all seniors.

While some boarding schools, like Phillips Exeter Academy, abide a sexual assault response protocol, other schools such as Deerfield have rules that are less evolved. But administrators at Deerfield are aware that sexual assault occurs on campus.

“I try to operate under the assumption that [sexual assault] is an issue on our campus so we can be as supportive and responsive as possible,” said Deerfield Academy’s Dean of Students Amie Creagh.

In 2015, a section on consent was added to Deerfield’s rulebook, stating, “it is never legal to engage in any intimate contact without another’s full consent.” But there is still no clearly written statement outlawing sexual assault on school grounds.

“We strive for prevention through training and education and for support — of any potential victims  — through a clear response protocol executed by knowledgeable, compassionate adults,” Creagh said.

Another girl at Deerfield, who asked to remain anonymous, admitted to Teen Voices that she was sexually assaulted by a student at the school, but felt frustrated when the school worsened her situation by having her retell her story.

“The victims and the community deal with [sexual assault] in any way they can, but the administration makes that hard when it’s such a taboo subject,” said senior Rachel Schuman, who is part of the board of DSASA.

Both the dean of students and the school’s head of communications said that the safety of the students is of high priority for the school.

A senior who wished to comment anonymously said, “There should be a rule that says you can’t sexually assault people, that just seems like common sense.”

Adeleke McMillan is a senior at Deerfield Academy whose work has been featured on websites like Rookie Mag, Matador Network, Thought Catalog and more.